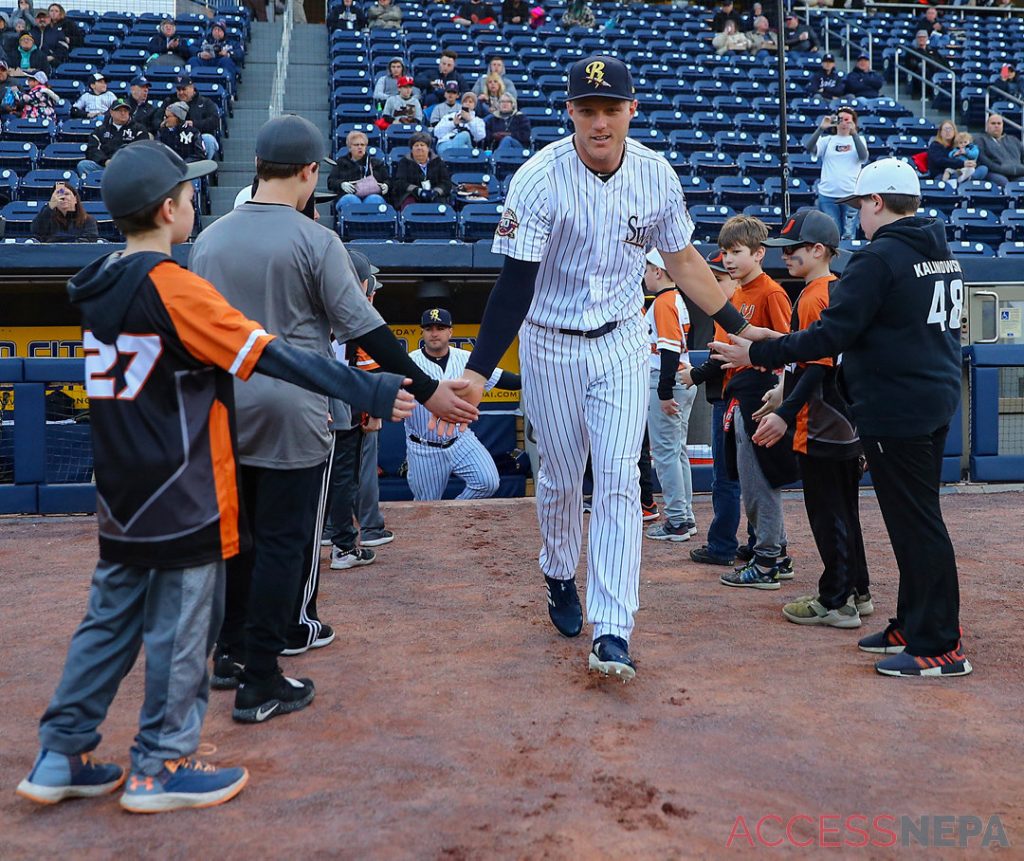 Austin Wells hasn’t played in a minor league game yet.

He might get into a big league spring training game soon, however.

The 2020 first-round pick is among the New York Yankees’ non-roster spring training invitees, a group that includes members of the 2019 Scranton/Wilkes-Barre RailRiders and as well as the crew that spent 2020 at the team’s alternate site at PNC Field. These invitees, plus the members of the 40-man roster, give the Yankees 72 players in camp.

Wells is the highest-rated prospect of the bunch. The 21-year-old catcher was the 28th overall pick out of the University of Arizona (he was also the Yankees’ 35th-round pick out of high school in 2018). He’s billed as an offensive threat, with a lefty swing that’s picture perfect for Yankee Stadium, but there are some questions about whether he’ll be able to stick behind the plate longterm. Baseball America ranks him the No. 5 prospect in the system.

Also getting their first invites to big league camp are Ezequiel Duran (the Yankees’ No. 11 prospect by Baseball America), a 21-year-old middle infielder, cracked 13 home runs in 66 games at Short-Season Staten Island in 2019; catcher Anthony Seigler (No. 24 on Baseball America’s list), who was the Yankees’ first-round pick in 2018; and Josh Breaux, a fellow backstop with plenty of pop, who was their second-round pick that year.

Some familiar faces are back. Lefty Nestor Cortes Jr. spent parts of four seasons with the RailRiders (2016-19) before leaving for the Seattle Mariners organization last year. Reliever Nick Goody pitched 32 games and had a sparkling 1.64 ERA over two seasons with SWB (2015-16). Adam Warren, was a starter for the SWB Yankees in 2011 and 2012, returns to action after undergoing Tommy John surgery.

There’s some veteran depth, led by outfielder Jay Bruce, who spent 2020 with the Philadelphia Phillies and has three all-star nods, two Silver Sluggers and 318 home runs on his 13-season big-league résumé.

Utilityman Derek Dietrich clubbed 19 home runs for the Cincinnati Reds in 2019 — 18 of which came in the first half of that season. Jhoulys Chacín was the Milwaukee Brewers’ ace in 2018 when he went 15-8 with a 3.50 ERA, but he has a 6.06 ERA the over the last two seasons with the Brewers, Boston Red Sox and Atlanta Braves.

Outfielder Trey Amburgey was one of the RailRiders’ most reliable hitters in 2019, batting .274 with 22 home runs, 31 doubles and an .822 OPS; and third baseman Armando Alvarez was also a solid piece of that lineup, batting .277 with a .755 OPS. Those two will likely welcome first baseman Chris Gittens to Triple-A this season after he won the Eastern League’s Most Valuable Player award in 2019 with Double-A Trenton. The 27-year-old batted .281 and slugged .500, driving 23 home runs and 16 doubles for the Thunder. Relievers Tyler Lyons and Addison Russ and catchers Rob Brantly and Max McDowell were members of the group at the Yankees’ alternate site last year.