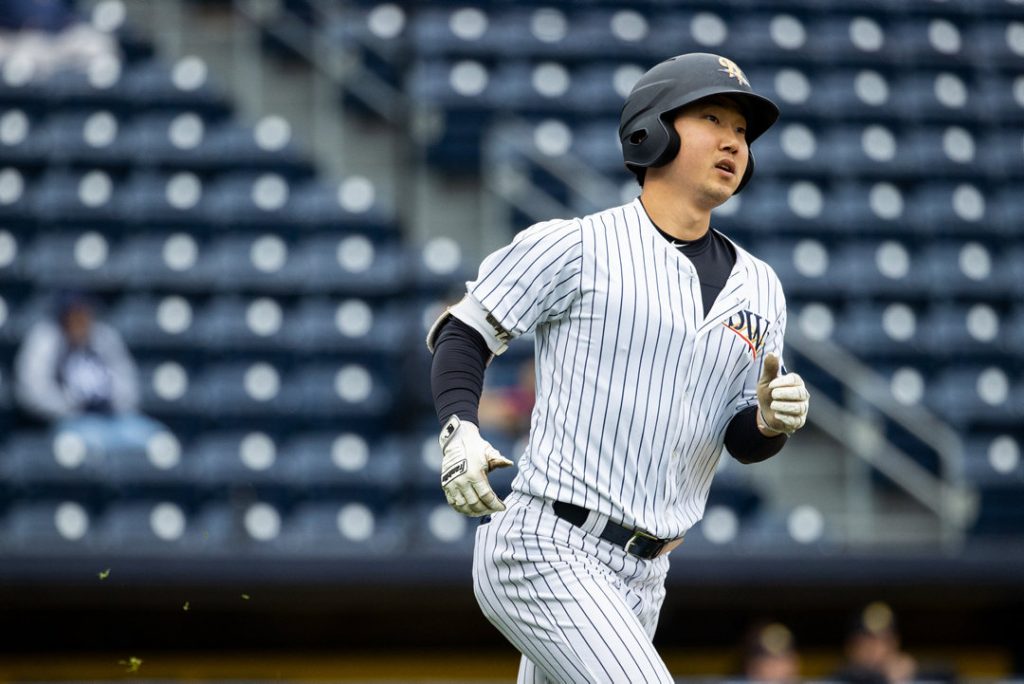 When the Scranton/Wilkes-Barre RailRiders took the field this week in Syracuse, their best player wasn’t with them.

He’s in another organization.

“I was obviously bummed that I wouldn’t get to spend the rest of this year with Hoy, just because I enjoy being around him and obviously, he’s a really good player and helps us a ton,” RailRiders hitting coach Casey Dykes said of hearing the news. “But I think also there was a lot of excitement for Hoy, too, to see him going to Pittsburgh where, if they’re making a trade like that for him, I would think that they have plans for him to be in the big leagues, hopefully sooner than later. And if that’s the case, then I’m extremely excited for him. He’s worked hard to get that opportunity and that’s what this is, this is an opportunity for him to get to Pittsburgh and make an impact there now. I’ll be excited to watch him.”

Holmes, 28, has appeared in 91 big league games since his debut in 2018 and has a career 5.57 ERA. But it’s his under-the-hood numbers that likely attracted the Yankees. He throws a power sinker that averages 95.7 mph this season, ranking in the 84th percentile, according to Baseball Savant. While that doesn’t lead to an overwhelming number of strikeouts, and contributes to too many walks (6.32 per nine innings for his career), it generates a lot of ground balls and weak contact. He’s in the 86th percentile for average exit velocity.

After seeing limited playing time at the Yankees’ alternate site in April, Park started the year in Double-A, where he was just 6 for 31 in 10 games. But once he earned his first promotion to Triple-A on May 18 — and went 3 for 5 with a double and two RBIs in his debut — he became a staple of the RailRiders lineup. On June 20, he hit a walkoff homer to beat Syracuse. He had 15 multi-hit games, including four three-hit outings and two four-hit performances. At one point, he reached base in 30 consecutive games.

“His plate discipline was the most impressive thing,” Dykes said. “Even when he got off to a really hot start here, guys started to pitch him different and he was able to make that adjustment and not just swing to swing, but to stay disciplined in the zones he was looking, stay discipline to his approach and make guys come to him. And if they weren’t, then he would just take his walks. And I think that’s a really, really mature trait to have as a hitter.”

Park also made his MLB debut July 16, one of the many SWB players to be promoted when the Yankees were hit with a COVID-19 outbreak. He appeared in one game and grounded out in his only at-bat.

According to MLB.com’s rankings, neither Park nor Castillo ranked among the Yankees’ top 30 prospects.