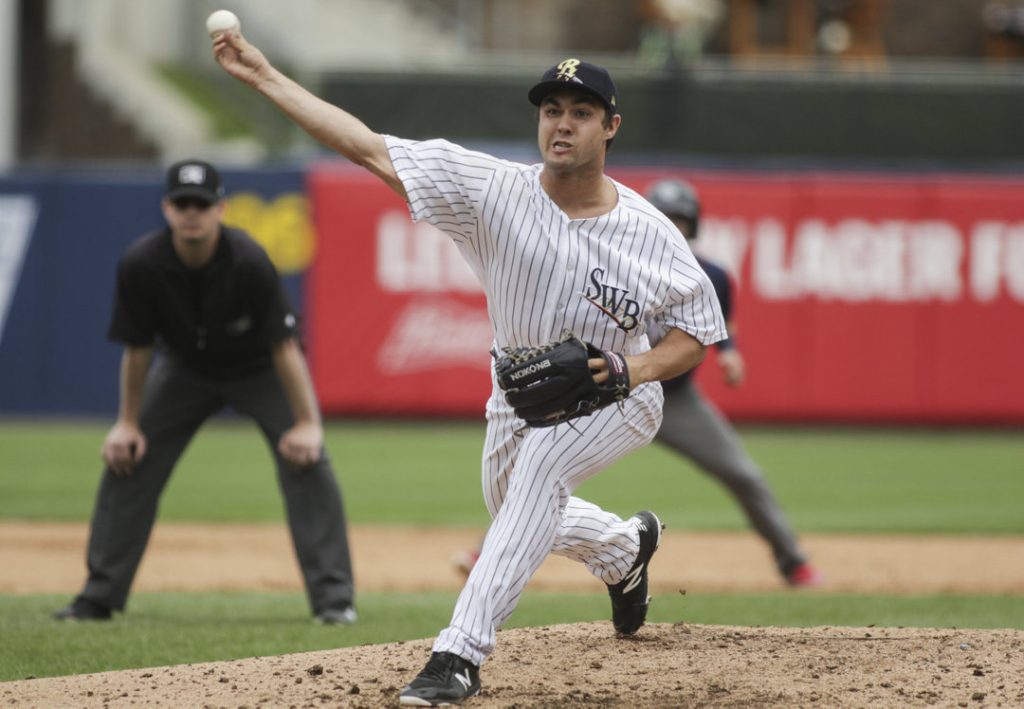 After losing their top hitter, Ryan McBroom, to a trade Saturday, the RailRiders lost their top pitcher to another deal Sunday.

“It was just kind of shocking, especially to hear that I’m going back to Milwaukee, because now I have a chance to play in my home state for the hometown team,” Feyereisen said. “So, I think it’d be kind of cool. And my family is going nuts as is. It was just kind of a crazy moment. A little different than the last trade. Obviously not as breaking news, but just for me as a life-changing moment again.”

“I think it was all a learning experience, especially first year, just getting up here and facing these hitters,” Feyereisen said. “And then just being with the guys around here, learning from older guys that were around here at certain points in time, with having teammates like (Erik) Kratz and Rex (Brothers) around that have been through stuff and learned from them. For the city, everything was positive. I enjoyed my time in Scranton a lot and loved being here.”

Feyereisen’s departure leaves one player who has been on the RailRiders active roster for the whole season: outfielder Trey Amburgey, who wasn’t supposed to break spring training with the Triple-A squad. Amburgey then left Monday afternoon’s game with a groin injury and is doubtful for Tuesday’s winner-take-all showdown against Syracuse for the International League North Division title.

“What he allowed himself to do this year was remarkable,” RailRiders manager Jay Bell said of Feyereisen. “And he opened up some eyes this year and that’s why Milwaukee wanted him. For him to get traded … it’s bittersweet for me. I would have loved to have had him through the playoffs, but extremely pleased for him.

“I know he’s thrilled. It’s his hometown team. His parents are going to be extremely happy. As disappointing as some of the things are from an emotional standpoint, on the flip side of that same coin, the joy of the emotion that goes along with it — it’s like seeing Ryan McBroom getting traded is disappointing, but at the same time thrilling, because we know that he’s going to the big leagues with Kansas City. With Feyer, yeah it’s disappointing to lose arguably my best reliever, but for him to go to a team that he’s pulled for his entire life, that’s pretty thrilling, too.”

Escanio is a switch-hitting, 5-foot-9, 145-pound infielder from the Dominican Republic who just signed with the Brewers on July 2.