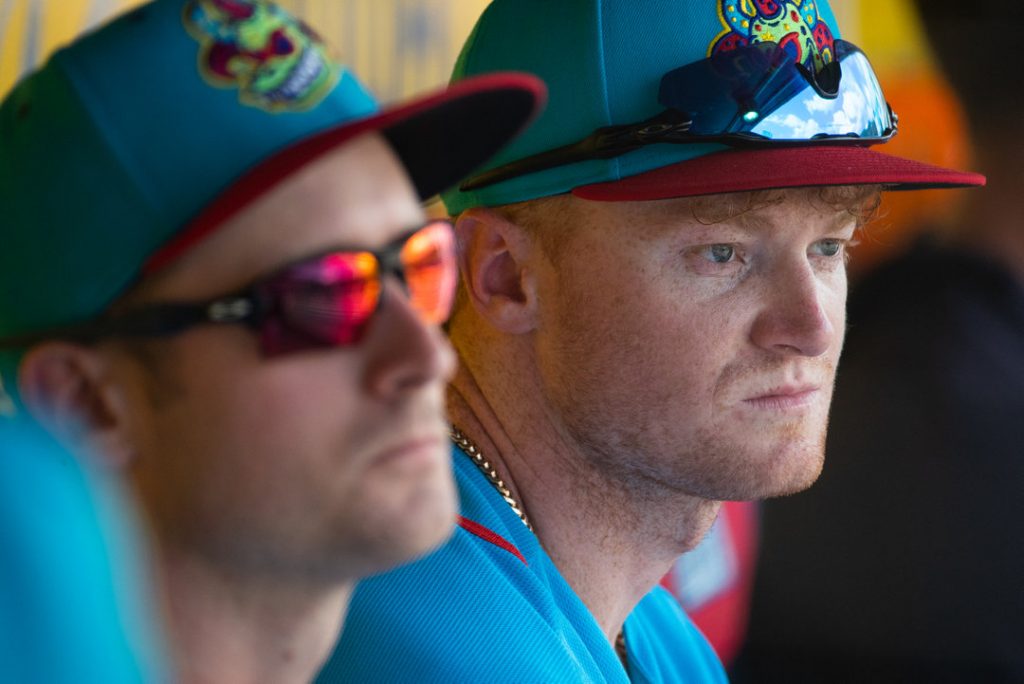 Clint Frazier headed back to bigs

After two and a half months and 61 games, Clint Frazier is heading back to the big leagues.

The outfielder confirmed he was among the Yankees’ Sept. 1 promotions after the RailRiders picked up a key win Saturday in their hunt for a postseason spot.

“It honestly feels like the first time I got called up all over again,” Frazier said. “Just because of how long it’s felt like I’ve been down here. In the grand scheme of things, it’s been like three months, but it felt longer. So, I’m definitely excited to get that call and try to go up and contribute again in any way that I can.”

Frazier wrapped up his RailRiders stint with a 2 for 4 night, driving in a run, scoring twice and walking once. He also made a key diving catch in shallow left-center field that ended the fifth inning and kept a run off the board.

“I definitely think that defensively, I majorly improved in a lot of areas,” Frazier said. “And then offensively, I’m not worried about that at all. I can hit. It’s just one of those things where I put so much focus on other things and then got into a slump in the box and couldn’t get out of it. Maybe a change in scenery is going to be good for me and be able to kick this thing forward.

“I think he’’s done a lot of really good things,” RailRiders manager Jay Bell said. “Offensively, he hasn’t done near what he was doing whenever he was in the big leagues. But, he came here with the intention of getting better defensively and he’s done just that. He’s done a really nice job of playing well defensively. He’s feeling a lot more comfortable. Some of the plays he’s made, you go back and he’s made maybe about six or seven diving plays and a few sliding plays. There’s been some definite improvement. And so you’ve got to give a lot of credit to him and the work that he’s put in. And to be honest with you, you’ve got to put a lot of credit in, give a lot of credit to Julio (Borbon, the RailRiders defensive coach) and the time that he spent with him, too.”