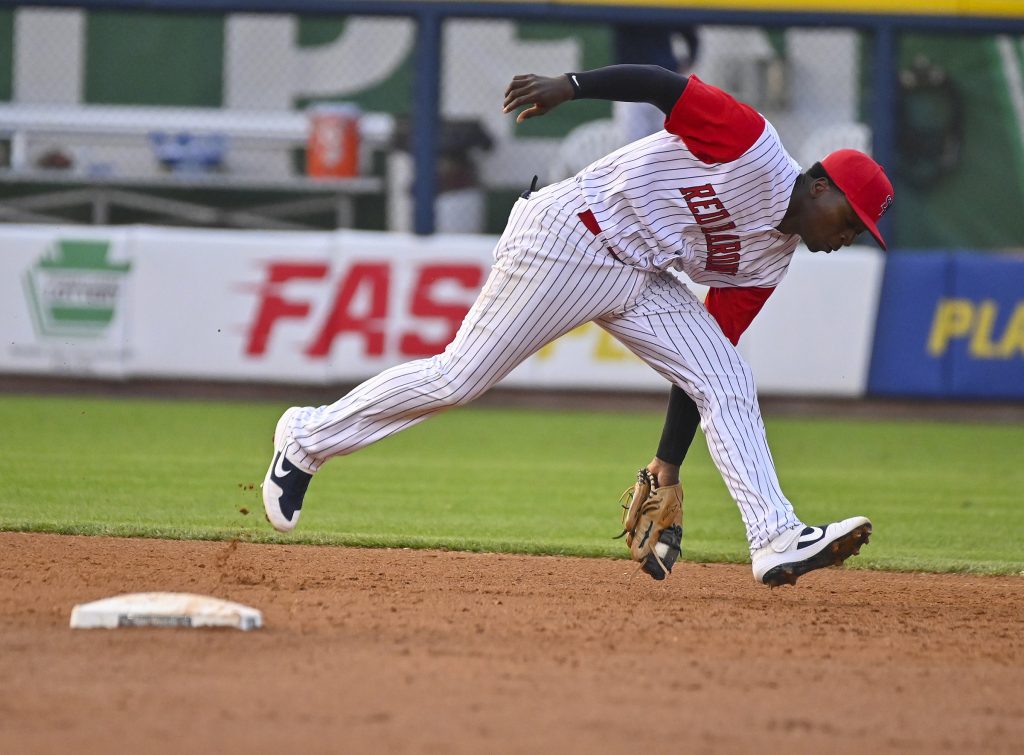 Didi Gregorius ranges up the middle to field a ground ball by Malquin Canelo in the third inning. Gregorius would spin and throw to first in time to get the Lehigh Valley leadoff hitter, but that wasn’t even the most impressive defensive play he was a part of Friday night. Photo by Jason Farmer, staff photographer.