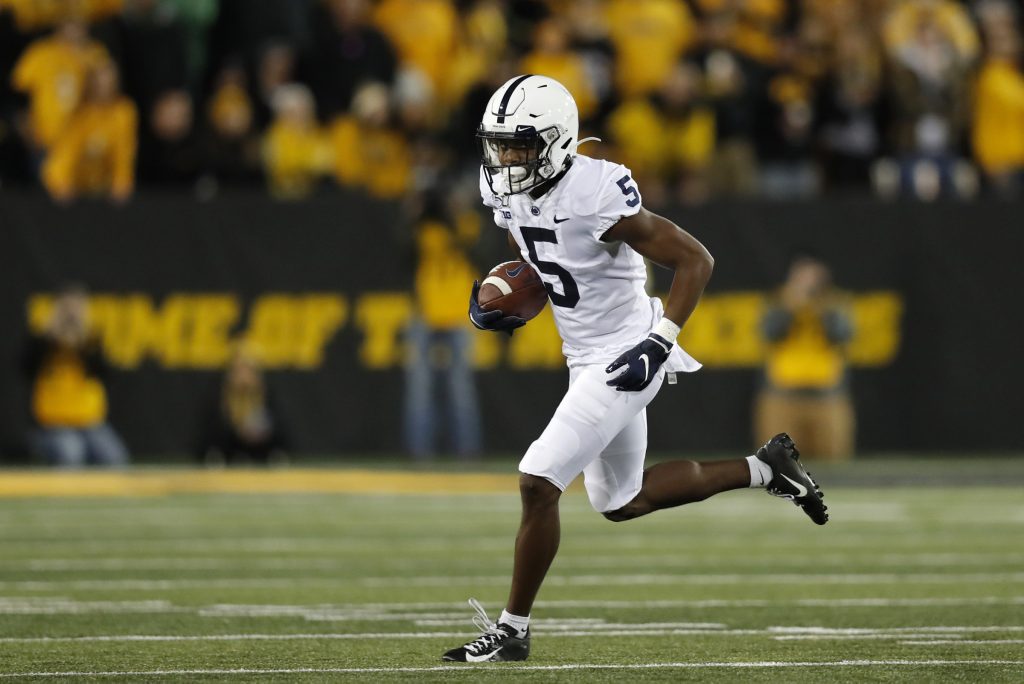 As Penn State kicks off spring football practice, there’s no better time than the usual time to take our first look of the year at Penn State’s full roster. Today, we take a deep dive into the wide receivers.

A year ago at this time, Penn State had a pretty long list of questions about its receiver position surrounding a lack of experience, doubts about whether there was a true No. 1-type of target, serious concerns about whether this group could make enough big plays to help the offense be formidable. 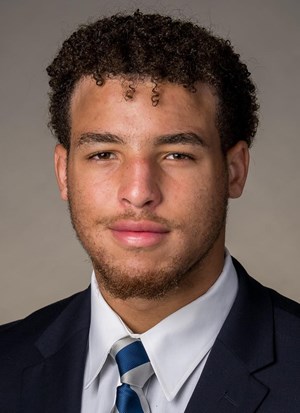 By season’s end, those questions were answered as affirmatively as could have been expected, really.

Was there a No. 1-type of target? There sure was. Jahan Dotson was a veritable highlight reel, with eight touchdowns in nine games and a 17-yard average on his 52 catches. His 884 yards led the Big Ten, and he tied for the touchdowns lead with Purdue’s David Bell. Not bad for a receiver on a team where the quarterbacks were so inconsistent throwing the ball.

Did the lack of experience matter? No. Two true freshmen — Parker Washington and KeAndre Lambert-Smith — proved to be reliable targets, and the reliable Washington’s six touchdowns were easily the most by a first-year player in the conference.

If there’s a knock on the group, it’s that only two other wideouts returning in 2021 had a catch for Penn State last season: Daniel George’s 7, and the one late-season grab by oft-injured Cam Sullivan-Brown. But they bring valuable experience to the younger group. 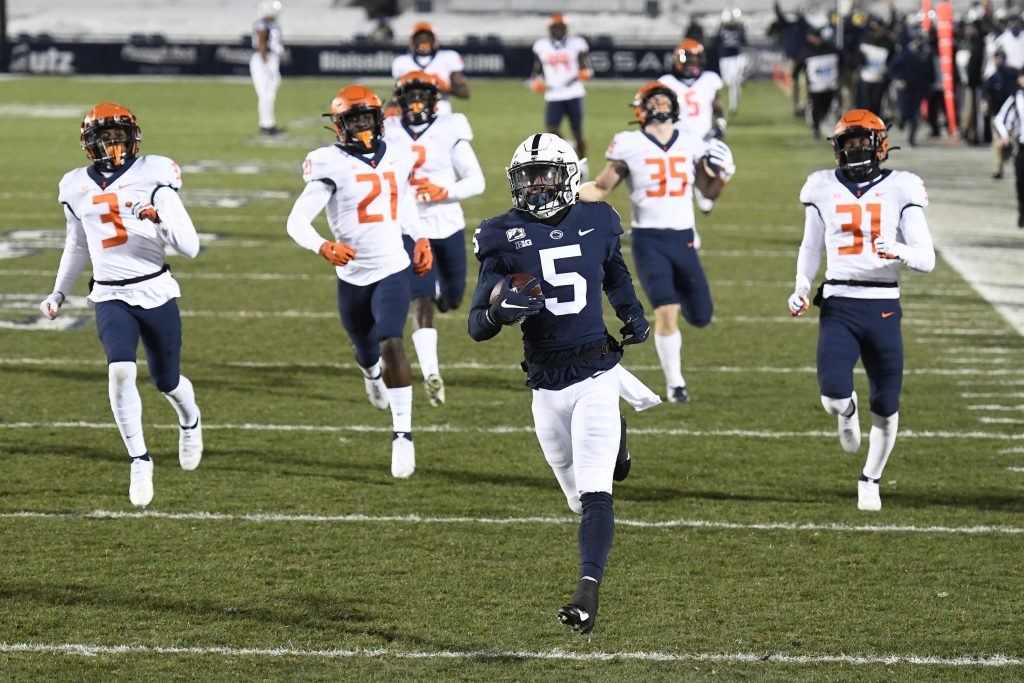 The rest of the Big Ten could do little but chase Jahan Dotson in 2020. BARRY REEGER / ASSOCIATED PRESS

Really, this group returns pretty much intact, which is a nice turnaround for the coaching staff after the uncertainty heading into the 2020 season.

But, Isaac Lutz won’t be so easily replaced. The senior and former walk-on turned into a pretty good security blanket for Sean Clifford and Will Levis. Three of his five catches moved the sticks, and two of them came in that win over Michigan that snapped the five-game losing streak and changed a really negative tenor humming around the program last November.

Penn State did lose TJ Jones, a former Florida prep standout who was actually listed as a starter on the spring depth chart last April, to the transfer portal. He was the second former Florida prep receiver to enter the portal since the start of last season, joining John Dunmore. Dunmore landed at Florida Atlantic. Jones is still looking for a new program. 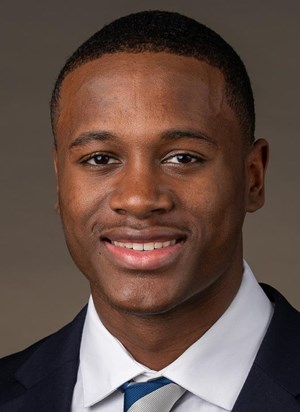 …this group’s biggest difference-maker in 2021 isn’t the player you think.

Dotson is a dynamic player, for sure. And Washington’s hands and route-running ability bely the notion that he had never played college ball before 2020. So, nobody could be blamed for suggesting they’ll make the biggest difference in Penn State’s offense this fall.

But the coaching staff loves Lambert-Smith, and for good reason. He’s a tall target, at 6-foot-1. He has pretty good hands. He has plenty of speed. And, he’s one of the team’s best competitors.

A few days ago, I wrote about how tight ends haven’t been a major factor in new offensive coordinator Mike Yurcich’s passing games in the past. Third and fourth receivers have been a major force, though.

During the Oklahoma State years, Yurcich’s third-leading receiver averaged 41 catches, 609 yards and 4 touchdowns per season. In Penn State terms, it’s akin to what Pat Freiermuth gave the offense as its second leading receiver in 2019 (43-507-7), to what KJ Hamler did as the leading receiver in 2018 (42-754-5), to what Mike Gesicki did in 2016 (48-679-5). They’re easily good enough to clear No. 2 receiver status during the Allen Robinson era before that, and they’re No. 1-type numbers from the end of the Paterno era.

If Penn State gets 40-50 catches, 600-700 yards and 3-8 touchdowns from Lambert-Smith — which is the general range Yurcich’s third receivers at Oklahoma State hit — most fans would go nuts for that.

But I’d actually expect he can be on the higher end of those ranges, if he doesn’t exceed them. You can argue he’s more physically gifted than Dotson and Washington, and he wouldn’t be the first player to make a big jump once he learns the system going from his first year to his second.

Lambert-Smith is a safe bet to have at least a better season than most will expect. He has the ability to have a great one, too. 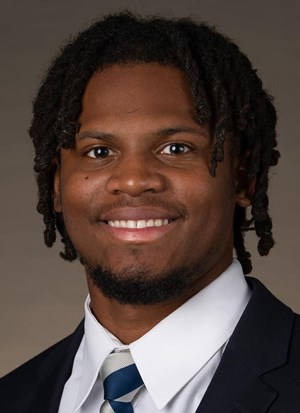 Graduate transfer Winston Eubanks will be fun to watch, not just to see if he can jump from Div. II Shippensburg to become a fourth wideout option for the Nittany Lions, but as an early test to the coaching staff’s ability to mine a diamond in the rough out of the transfer portal.

Of course, Eubanks isn’t the first Div. II receiver Penn State has gotten out of the portal. In 2019, Weston Carr came across the country from Azusa Pacific for a grad transfer season and caught three passes for 27 yards, taking snaps in garbage time. But Eubanks might be a little bit different from a raw ability perspective.

He’s listed as 6-foot-0, which is plenty tall enough. But with the ball in his hands, he looks like a much smaller receiver. In a straight line, there’s no questioning his speed. At LaSalle College High School in Philly, he ran on the fastest 4×200-meter relay in Philadelphia Catholic League history, and he was top 10 in the state in the 200 meters.

But in space, he’s shifty. He makes a lot of defenders whiff, and he’s potentially a really potent yards-after-catch guy. You can watch for yourself in the video below from his Shippensburg days, he has really good hands. (For sure, they’re not going to put passes he drops on his highlight video, but he makes quite a few catches here that you wouldn’t necessarily expect to be made quite as easily as Eubanks makes it look.)

Is Winston Eubanks going to be a major factor for Penn State? History says no, quite frankly.

But what makes him interesting is what he potentially gives this team. Can he give you a more dynamic presence on the field than Daniel George? Can he give you more of a consistent presence in the lineup than Cam Sullivan-Brown? Can he buy you another year of development for Malick Meiga and Jaden Dottin, two prospects you knew were more projects than immediate contributors when they joined the program last year? Can he be a more polished overall prospect than Norval Black, the junior college guy you brought in to provide you these options?

The answer to more than a few of those questions is yes.

Dotson’s consistency has been well-noted. His consistency when it comes to making big plays is pretty remarkable.

Not only has he hauled in a pass in 29-straight games, he has 26 career receptions of 20 or more yards in 30 career games.