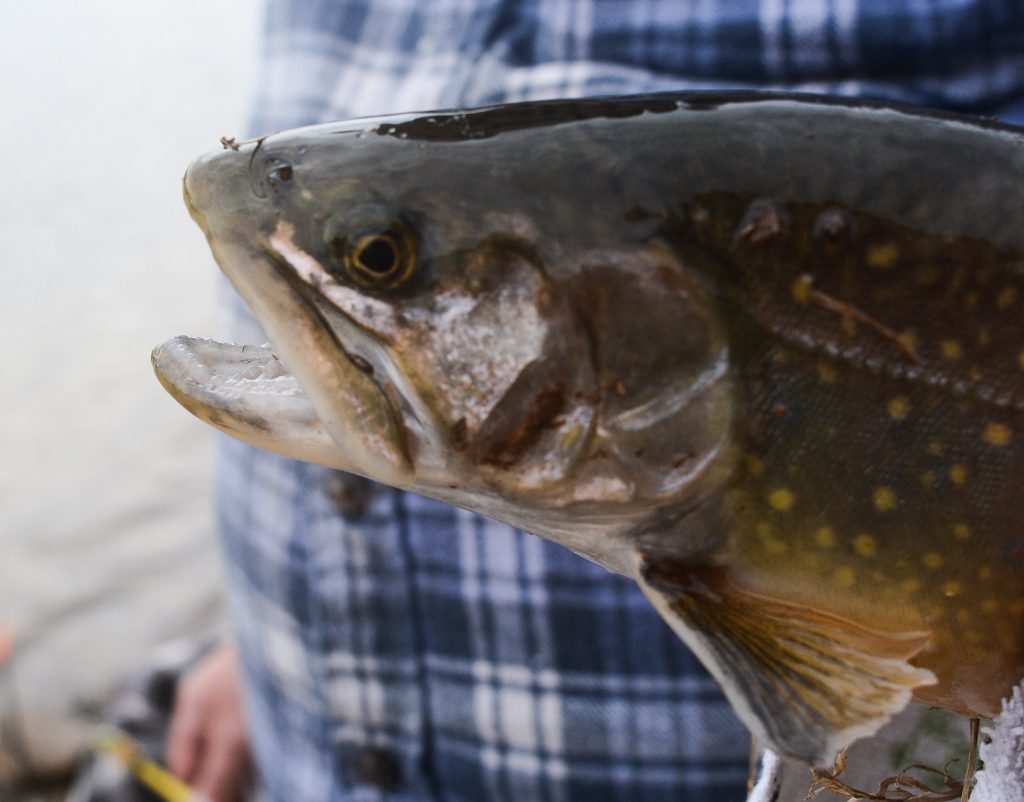 My son loves to fish. So do I.

That’s why breaking the news that we’d have to wait two more weeks for trout season was so difficult when the Pennsylvania Fish and Boat Commission initially announced the postponement of Mentored Youth Trout Day and an elimination of the two-week Southeast Regional jumpstart to trout season we’d grown accustomed to in recent years.

With COVID-19 spreading across the Commonwealth, I fully understand the agency’s reasoning. It was the responsible thing to do.

But just like canceling Foster’s 5th birthday party and trying to explain why he can’t go to pre-school and see his friends, rational judgment doesn’t always register in a little kid’s mind. He was bummed, and so was I, but at least we could still look forward to the statewide Mentored Youth Trout Day scheduled for April 11.

Then, Tuesday, April 7, one of the strangest things I’ve ever experienced as an outdoors enthusiast took place, when the PFBC announced at 8:04 a.m. that Pennsylvania trout season was officially open statewide as of 8 a.m. that day.

The news came over my smart phone while bouncing my 9-month old daughter on my knee. Foster was eating Cheerios, and my wife was on a virtual conference call for work, as we’re both teaching from home during this unprecedented pandemic, taking turns passing the kids back and forth between classes and office hours.

“We realize that this announcement is another disruption to tradition, but it is in the best interest of public health and safety,” PFBC executive director Tim Schaeffer said in the briefing. “We have already seen that anglers and boaters across the Commonwealth are willing to adapt their behavior to include social distancing, and we ask everyone to follow their lead while enjoying outdoor activities during this challenging time. The trout we have been stocking have had time to spread out, and so should you.”

Reading on, I learned Mentored Youth Trout Day was scrapped, and all normal regulations, sizes and creel limits were in effect, meaning licensed anglers could harvest fish instantly, so long as they follow social distancing guidelines. 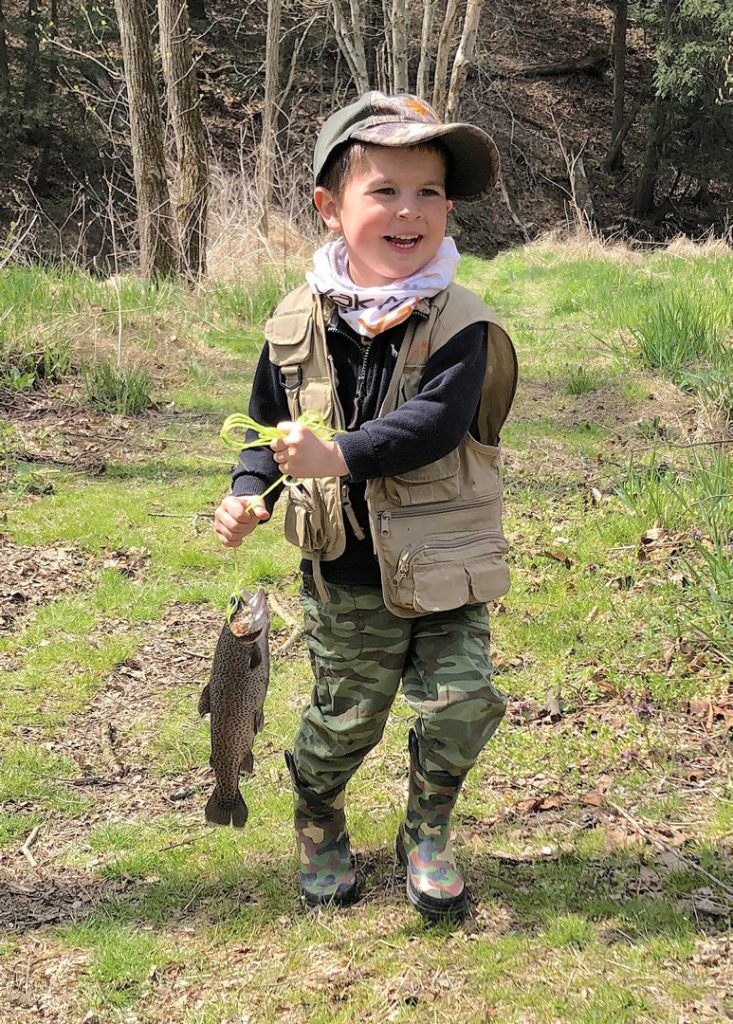 TYLER FRANTZ / CONTRIBUTING PHOTOGRAPHER
Foster Frantz is all smiles and exclaims “Daddy, wait ’til Mommy sees this one!” while hauling a fat rainbow trout back to the truck after a successful fishing outing during the surprise Pennsylvania trout season opener, Tuesday, April 7.

I’ll admit, like many, I was irritated at first. With zero advance notice or time to prepare, I didn’t have our gear ready — a task I reserved for doing Friday, on my day off. I had a busy schedule lined up for the day already, even working remotely. And a prompt text message thread among mid-30s-aged friends with kids shared the general consensus that nixing the youth fishing day was wrong. It was messing with their minds, and ours too.

But as I removed myself from the knee-jerk reaction to the announcement, I realized this decision, no matter how unfortunate or inconvenient, was made with the intention of saving lives. At that point, the selfishness began to dissipate and I began to embrace the fact we could still go fishing, even sooner than expected.

After talking things over with my wife, we found a way to make it work for Foster and I to go fishing for an hour or so mid-morning. Erin would keep Fynlee with her during office hours, I’d come back and do my afternoon sessions, have an early dinner, and then we’d go back out in the evening. Yes, I married the right woman — thanks honey.

Within about 30 minutes of running, shouting and throwing together fishing gear, my boy and I were headed to the nearest trout stream, fortunately only about five minutes from our home. After all, it was opening day and we weren’t about to miss it for anything.

With neck gaiters as face coverings, we arrived at one of our favorite fishing holes. A few others were already on the creek, but the deep turn-hole was surprisingly open, so we made a bee-line straight for it. I baited Foster’s hook with leftover PowerBait from last season and rummaged through my vest for alternative options, should we need them.

His first strike was a very nice brook trout, landed, photographed and released. A few minutes later, he missed a nice rainbow, but reeled in a brown trout that took a gulp worm from my line. We threw that one back, too, sent with a splash and a smile.

Then, while rebaiting my own hook, Foster was squealing that he caught one all by himself, hoisting up a fat rainbow trout that guzzled the hook. Knowing the fish probably wouldn’t survive, we added this one to a stringer to take home for dinner. Like true gentlemen, we caught one more brookie and abandoned the spot for others to enjoy.

After an afternoon respite at home, we were back at it in the evening, keeping our distance from others, but growing closer as father and son with each memory built. We harvested three more fish to make a smoked trout meal, and left the stream holding hands at sunset.

The surprise opener wasn’t the tradition we had anticipated, but our togetherness on the trout stream was the best medicine anyone could ask for while a virus wreaks havoc on everything else.

Looking at the picture I snapped of Foster lugging out his trout showed he’s proud as pie, and the genuine joy on his face says it all. I’m pretty proud and joyful too.

Even amid a pandemic, our opening day of trout season was just what the doctor ordered.

TYLER FRANTZ is a freelance outdoors columnist and president of the Pennsylvania Outdoor Writers Association.