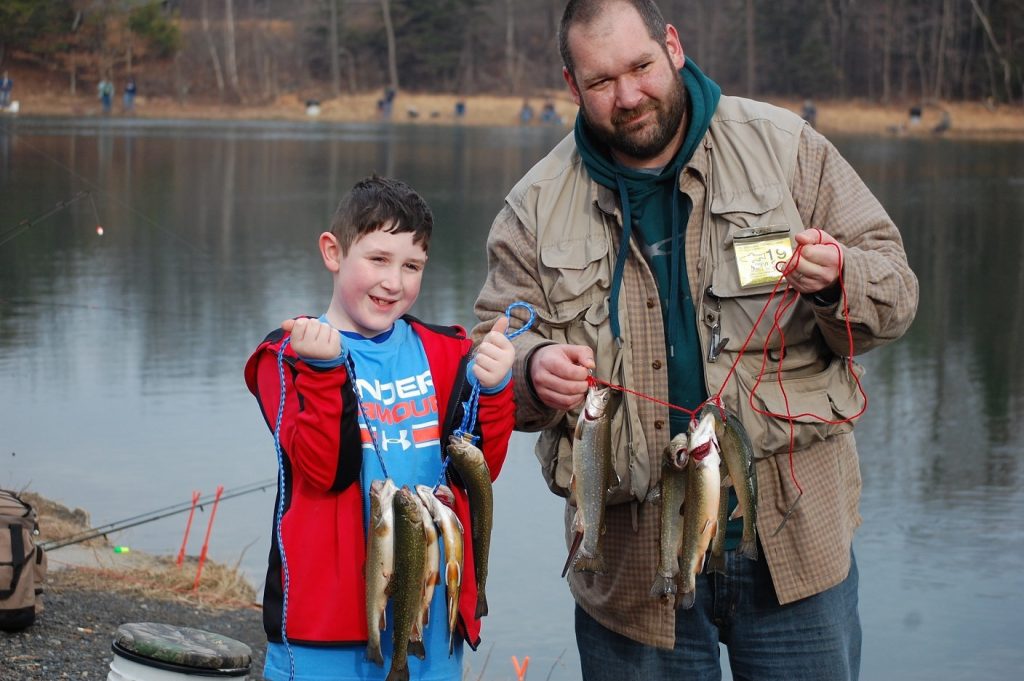 Trout season: A day for bonding, fellowship and tradition

When it comes to the opening day of fishing season, there is no need for the Pennsylvania Fish and Boat Commission to do any fine tuning.

Oops, of course I meant the opening day of trout season. For generations of Pennsylvania anglers, however, “fishing season” is the one-size, fits-all term for the regular trout season.

While anglers in neighboring states often find it difficult to understand why generation after generation of Pennsylvania anglers have opening day circled on their calendars, all they have to do is join in the fellowship and bonding that takes place when the season gets under way at 8 a.m. Young, old, male, female, experienced anglers working lures and those drowning worms all get into the spirit of the bonding that goes far beyond merely catching a trout or a five-fish limit.

Trout season in the Southeast Region was to get under way Saturday, April 4, but has been eliminated because of the ongoing national health concerns. Once the statewide season opens Saturday, April 18, the regular season remains open 24 hours a day through Labor Day, Monday, Sept. 7. Schuylkill County is northernmost of the 18 counties in the Southeast Region and is joined by Adams, Berks, Bucks, Chester, Cumberland, Dauphin, Delaware, Franklin, Juniata, Lancaster, Lebanon, Lehigh, Montgomery, Northampton, Perry, Philadelphia and York counties.

In 2007 the PFBC inaugurated the regional opening day to fall on the first Saturday following March 28 in order that in-season trout stockings could be completed before the usual low-water conditions of late spring and early summer occur. Many of those regional opening days have had weather conditions more associated with ice fishing, but just as many have had temperatures that ranged between the high-50s to mid-60s.

Anglers participating in MYTD may keep two fish with a 7-inch minimum length. After the statewide opener, trout fishing is open 24 hours a day statewide through Labor Day.

I didn’t truly appreciate how unique the magic of opening day was until taking my nephews and nieces fishing — long before there was a MYTD. My brother and I had always taken it for granted that our dad would take us fishing, but truly embraced the day one has to be on the taking end of the experience.

Looking back over the years, some opening-day menus were rather elaborate with venison steaks, hamburgers or hot dogs with chili and/or sauerkraut being the main entrée. There is also something to be said about meat-and-cheese sandwiches stuffed into a vest pocket or taken on a boat in a cooler.

Last year on opening day, memories of past opening days were recalled after striking up a conversation with Brian Snyder of Pottsville while walking the bank surrounding Whippoorwill Dam at South End Field and Stream in Frackville. He and his 8-year-old son Zachary, who has been fishing since age 4, caught his two-fish limit the previous Saturday on MYTD.

Snyder and his son had arrived that morning well before starting time and were filled with optimism. That optimism was rewarded when both caught their five-fish limit, but more than that, they had the satisfaction of having made a memory of a lifetime.

Dietz is parliamentarian of the Pennsylvania Outdoor Writers Association. Contact him at outdoors@republicanherald.com.