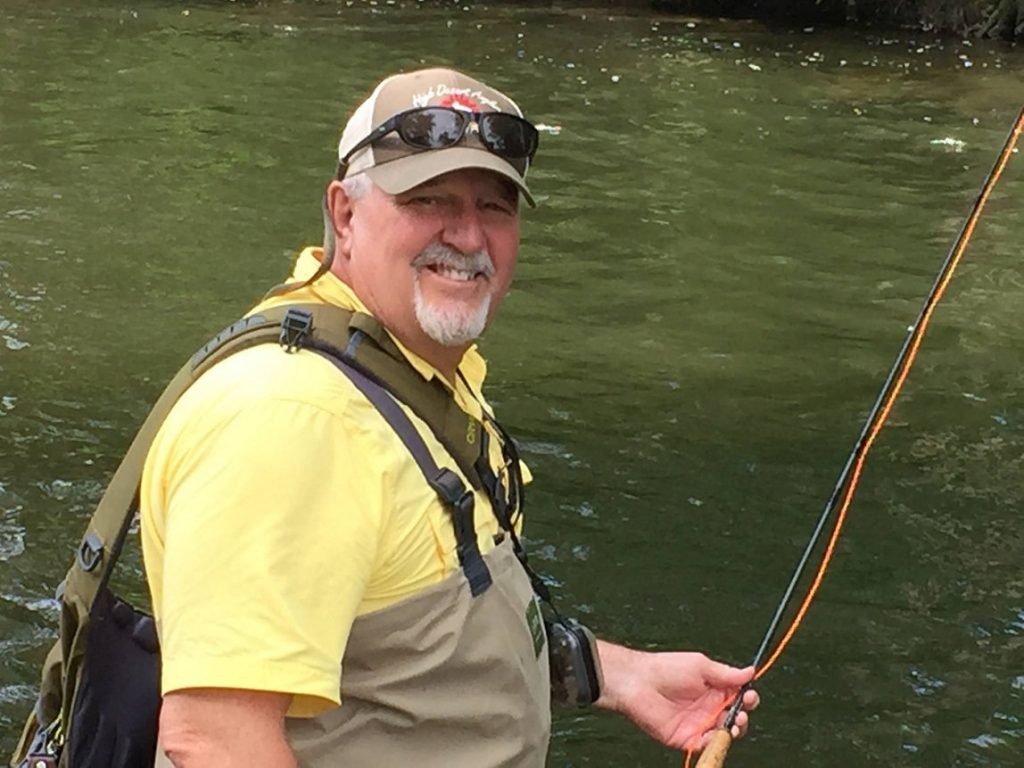 For Charlie Charlesworth, it’s always been about clean water and healthy trout.

In the 1960s as a student at Blue Mountain High School, Charlesworth fought pollution in the Schuylkill River, which flowed through his native Cressona, by participating in cleanup projects and drawing attention to the situation.

Over the decades, he has continued to fight the good fight to the point where he has become one of the leading conservationists in the nation.

Along the way, he attained many awards for his efforts.

Recently, however, the Clarks Summit man received what he considers the pinnacle in being named Fly Fisherman magazine’s 2021 Conservationist of the Year.

That honor comes with a $10,000 donation by Simms Fishing Products, which will be made in his name to Lackawanna Valley Trout Unlimited to continue its work in river restoration, water quality monitoring and youth education.

“Anyone who gets any of these awards will tell you they’ve had a lot of help along the way, but two years ago when I was runner-up for Fly Fisherman’s Conservationist of the Year Award, I got to thinking how much I’d like to win,” Charlesworth said. “It was very simple: I wanted the prize money for the chapter and the Keystone College/Trout Unlimited Teens Conservation Camp for teenagers between the ages of 14-17.

“There is a two-pronged approach to the camp, the first being the art of fly fishing itself and secondly, and probably even more important, is the science-based information that comes with fly fishing. Campers come with an appreciation that if they want to continue fishing, they better do something about the environment.”

Based at Keystone College in La Plume Twp., the camp has classes in water quality, entomology, aquatic insect life and macro-invertebrate studies, Charlesworth said, adding that he hopes to get the camp started back up in June.

As founder and past president of the Lackawanna Valley TU Chapter, Charlesworth had the connections to recruit 35 groups in founding the Keystone TU Teens Summer Camp. In the last decade, many of those partners worked with him on every major trout habitat project on the Lackawanna River. 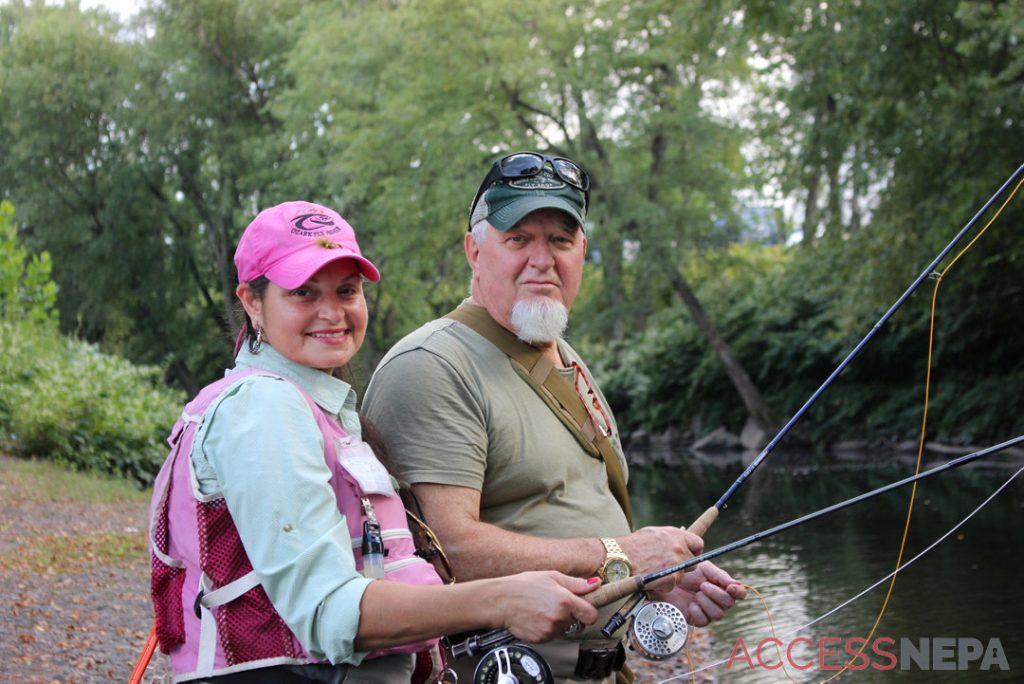 JULIE JEFFERY MANWARREN / FOR ACCESS NEPA
Rosangela and Charlie Charlesworth enjoy fishing together at the Lackawanna River. Members of Trout Unlimited, they work together in conservation efforts, fly fishing education and the PA Women and Diversity Initiative.

Today, the Lackawanna is a Class A wild trout stream with special regulations, largely due to Charlesworth’s efforts. He was behind the building of the Sweeney Beach Environmental Center through fundraising, direct effort and organizing volunteers — earning the Pennsylvania Environmental Council’s Thomas P. Shelburne Award for Environmental Excellence.

“Just as the Schuylkill River has benefited from conservation efforts, so has the Lackawanna,” Charlesworth said. “When I was a kid, we knew what color dye was being used at the bleach and dye plant by the color of the water. On top of that was like 150 years of acid mine discharge, turning the water orange, and pollution from sewage. I can remember having to clean toilet paper off my traps, but after all these years there is now great trout fishing behind the Cressona Mall and on The Island in Schuylkill Haven.”

In addition to his conservation work, for more than a decade Charlesworth promoted fly fishing with a series of television programs: “Fly Fishing the Northeast,” “Outdoors on the Fly” and “Fly Fishing Top 2 Bottom.” Now, he has teamed with his partner and wife, Rosangela, who is director of Northeast Pennsylvania Fly Girls.

This women’s angling group provides fly fishing education and opportunities in the region, and is affiliated with the PFBC, the Pennsylvania Council of Trout Unlimited and the Lackawanna Valley TU. It is the goal of the group to encourage women’s interest in fly fishing, educate and spread the word about conservation of natural resources at home and beyond and demonstrate how fun fly fishing can be.

“It seems like the more attention this river gets, the better the fishing becomes.”