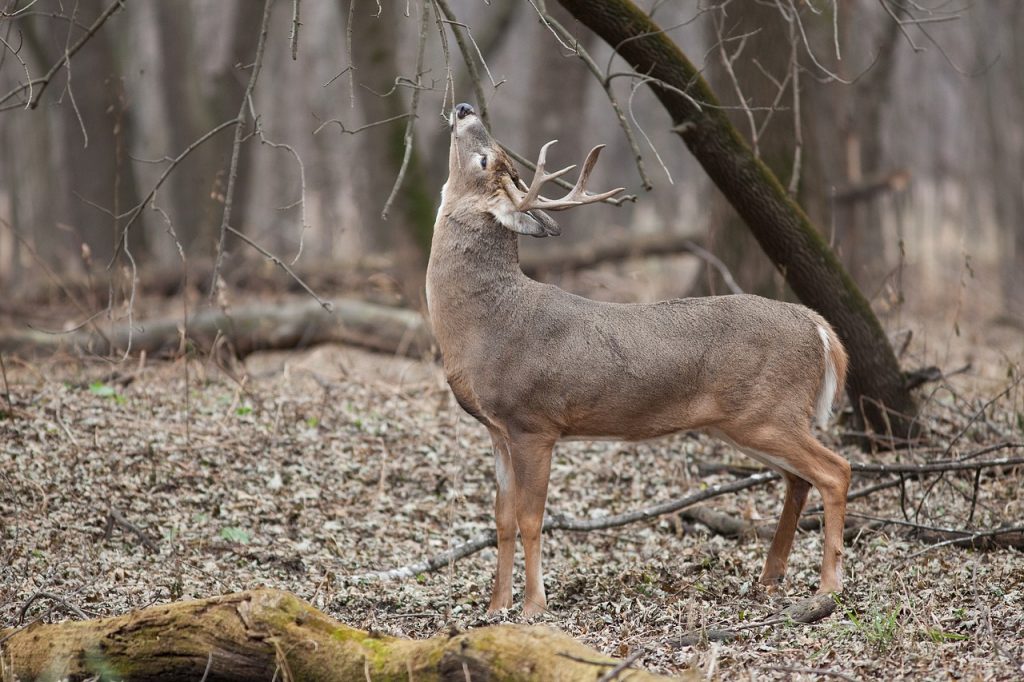 Bowhunters are well aware that there are more gadgets and gear out there than ever before to help in the quest to take a quality buck during archery season.

While the multitude of choices can sometimes be overwhelming, one of Schuylkill County’s most well-known archers says the key to harvesting a good-size antlered deer each year really comes down to two things — having a hunting spot that can produce good bucks and sticking to the fundamentals of the sport.

“The biggest thing, first and foremost, is you can’t kill a decent buck where there aren’t decent bucks,” said “Petersen’s Bowhunting” editor Christian Berg of the Tamaqua area. “You’ve got to have either a good place to hunt or you’ve got to have a realistic expectation for where you’re hunting.

“In some places the best buck in the area is going to be a lot different than it’s going to be in other places. The good news is there are good deer out there even on game lands and other pieces of public ground like state parks and state forests. You just have to do your homework and realize you’re going to be competing against other folks and adapt.”

As for the fundamentals, Berg says the key is to minimize noise and odors in the woods. To this end, playing the wind, paying attention when approaching and leaving the stand and trying to minimize scent as much as possible are all essential.

“The big overall fundamental is to keep the deer from knowing you are hunting them,” Berg said. “As long as you can do that, the deer are going to continue about their normal patterns. The minute that they start to understand that they are being threatened, they change their patterns.”

An avid practitioner of scent control, Berg suggests hunters take every precaution they can to try and minimize human odor while afield. To this end, he wears scent control clothing, uses cover scents from time to time and takes care to touch as little as possible while walking to and from a stand.

“You want to keep your gear as scent free as possible,” Berg said. “I like to use those ozone tubs that are out now.

“There are a lot of different companies that are making them. It kind of eliminates the need to be washing your clothes all the time.

“When I’m on stand, I run an ozonics machine quite often, but I think other technologies like scent control clothing, the other sprays that are out there or even cover scents are all effective to a certain degree. I don’t think anything is 100 percent.”

One thing Berg thinks some hunters fail to pay enough attention to is the cumulative effect of hunting a given stand or area repeatedly. The more a stand is hunted, the more likely traces will be left that allow the deer to detect something is amiss.

An excellent strategy is to have several stand locations on different properties or parcels, hunting each only when wind and other conditions are favorable. If one particular stand looks to be the hot ticket during the rut, consider avoiding it completely until the bucks show signs they are on the move.

“The first time that you hunt a stand is always going to be your most productive time because the element of surprise is never better,” Berg said. “I’ve seen people hunt the same stand over and over again, and I think if we start doing that too early in the season, it kind of becomes a situation of diminishing returns. The more times you go in to that stand, the more times you are likely to educate deer.”

While most hunters know the last week of October and first week of November are prime times to be afield, with bucks on the move cruising for receptive does, Berg says something to consider is moon position and how that impacts deer movement. When the moon is directly overhead or directly below the Earth, those are what are called the major moon periods, while the minor periods occur when the moon is on the horizon.

“When you get those days when the moon is directly overhead or underfoot coinciding with dawn and dusk — when the deer like to be the most active — those are going to be your best days to hunt mornings and evenings,” Berg said. “What you actually want to look for during the rut is the days that the major periods are happening during the middle of the day, because those are the times that the bucks are going to be active all day anyway.

“Now you are getting those major periods that are coinciding with that, and it can lead to some really good mid-day hunts.”

Demko is a member of the Pennsylvania Outdoor Writers Association. Contact the writer: outdoors@republicanherald.com