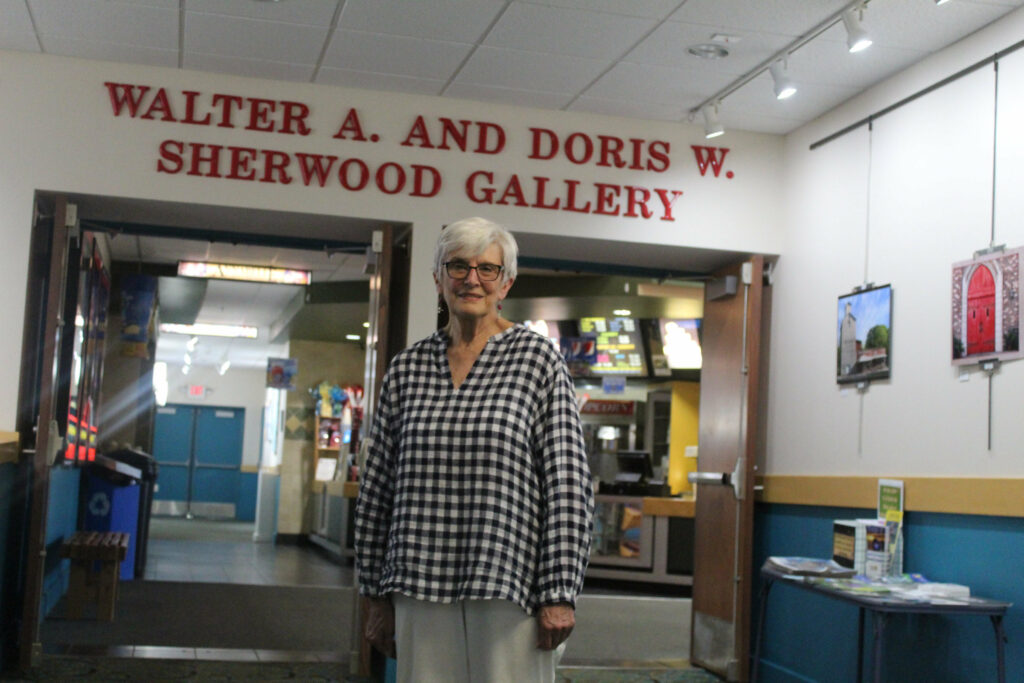 Margie Young has been with the Dietrich Theater through it all.

When she moved to the Tunkhannock area from Illinois about 20 years ago, an initiative to reopen the Dietrich was just in its beginnings.

While Young had connections to Tunkhannock through summer visits as a child, she has no real memories of the theater while it was originally up and running, except seeing “The China Syndrome” while visiting her parents, who later retired there.

Nevertheless, she joined the small group of locals intent on bringing the theater back, eventually becoming one of the first board members.

Moving to Tunkhannock was supposed to be an early retirement for the former school librarian, but she instead chose to dedicate her time to the Dietrich, essentially building its cultural programs from the ground up.

“Obviously, I didn’t retire,” Young said, though now, she has finally decided that it’s time, although she plans to continue as a regular volunteer.

Without the Dietrich, movie lovers in Tunkhannock had to drive at least 40 minutes to get to the nearest theater, but convenience wasn’t the only factor in the revival efforts.

“When the application was written to be a nonprofit, it was already the vision that the theater would open not only as a movie theater, but as a cultural center,” Young said. “Well, that’s kind of lofty. I marvel at the fact that we never wavered from that vision.”

The group was successful in raising funds to purchase the theater, which reopened in 2001 after nearly three years of work. It closed in the 1980s.

Having familiarity in building programs through her experience as a librarian, Hildy Morgan, the Dietrich’s executive director at the time, asked Young to be the program director.

In the summer of 2002, it was time for the first programs to begin. Theaters were used as makeshift classrooms with tables and chairs.

The Dietrich brought in programs from the Everhart Museum, as well as Pennsylvania Performance on Tour and the Pennsylvania Humanities Council.

Times have changed, as the Dietrich now offers around 350 cultural events each year. This includes film festivals, workshops and countless other events.

“Our Margie started our classes from nothing and now you can see we have a full slate of offerings,” Dietrich Theater Executive Director Erica Rogler said while flipping through a pamphlet of the theater’s spring and summer 2019 happenings.

Two studios adjacent to the theater were opened for visual and performing arts classes.

Later, three new classroom spaces were added in the theater through the 2009 expansion, which made “all the difference in the world.”

“It’s a very fulfilling job to start to create something from nothing, because there was a Dietrich Theater before, but we reinvented it,” Young said.