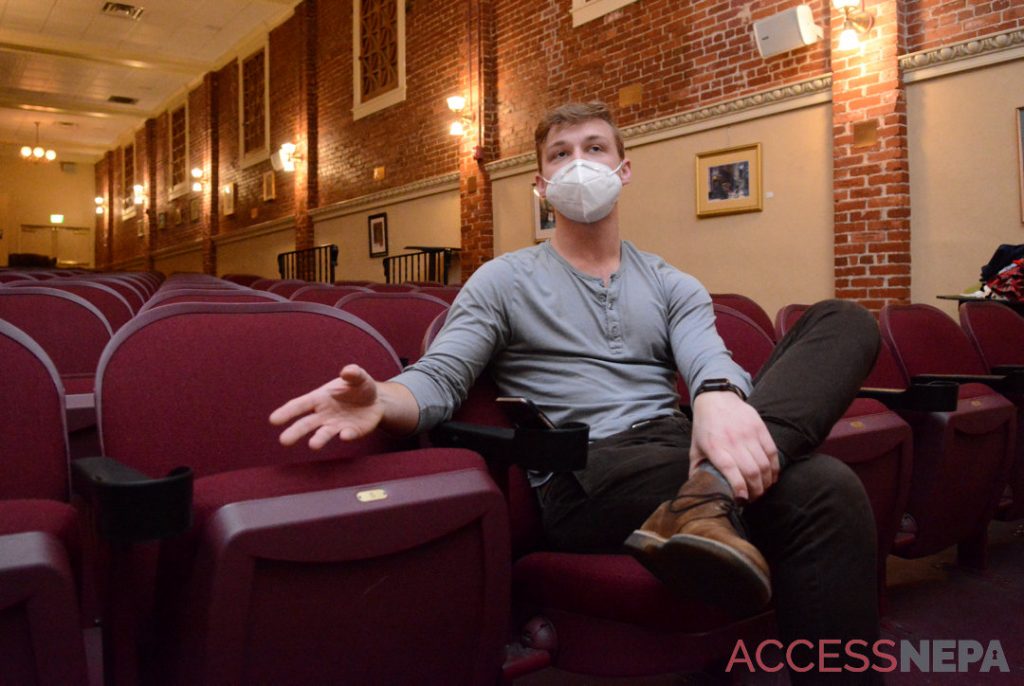 POTTSVILLE — As the country honored its military veterans Wednesday, the director of a documentary being screened this weekend hopes the public walks away with a greater appreciation of their lives after combat.

“Warrior Class,” directed by Ringtown native Liam Wolfe, will be shown at the Majestic Theater on North Centre Street at 1, 4 and 7 p.m. Saturday and 1 p.m. Sunday. The 55-minute film focuses on three Philadelphia-area military veterans and their transition to life after service. It is co-directed by Abby Rivior, with Jack Weidmayer as assistant director.

It features Michael Woody, an Army veteran; Erica Webster, a military police officer for the Army who was stationed at Guantanamo Bay; and Tim Wynn, a veteran of the Marines. All three served in Iraq, with Woody additionally serving in South Korea and Bosnia, and Webster also stationed in South Korea.

Wolfe, 22, said his film focuses not only on being a veteran, but on services for them that aren’t always effective.

“A lot of people say thank you for your service, especially this time of year, but we want to inspire people to go above and beyond a thank you and a handshake,” the 2016 North Schuylkill High School graduate said.

The screenings are the first time the documentary is being shown to an in-person audience, but it will be shown virtually at 7 p.m. Wednesday with a question and answer session with the filmmakers and featured veterans following it. It can be viewed at villanova.zoom.us/j/99849958055.

Wolfe said the idea for the film came from a social justice documentary class he took at Villanova University, which he graduated from in May. It focused on veterans coming home from combat, a subject given to students by the professors last fall. Production started in September 2019 and concluded in September, with post-production work being done online. The documentary was originally going to premier in May, but the coronavirus pandemic meant the release had to be delayed, which Wolfe said worked to the filmmakers’ advantage.

“We decided to push it off and take as much time as we really needed to finish with a product we’re really proud of and think can do a lot of good for veterans,” he said.

The film is Wolfe’s first as director. He described filming as “visual poetry.”

“It was an experience that was very appealing to me,” he said.

Inspiration to make the documentary also came to Wolfe from his best friend, Corey Reinoehl, of Ringtown, who is serving in the Navy. Reinoehl helped during filming by ensuring military terms were correct.

Wolfe said he hopes audiences who see the documentary come away with a stronger awareness of the less than 1% of Americans who decide to serve in the armed forces and to do more for them. He also wants them to understand that while it is difficult for veterans coming home, they have skills to offer society.

“The veteran community today is different today” compared to that of 100 years ago, he said.

After this weekend’s showings, Wolfe said he plans to have as many screenings as possible for veterans groups, adding that he is working with organizations in the county, state and the national nonprofit Team RWB on them.

Admission is free, with donations accepted, but seating is limited to 40 people per screening on a first-come, first-serve basis.