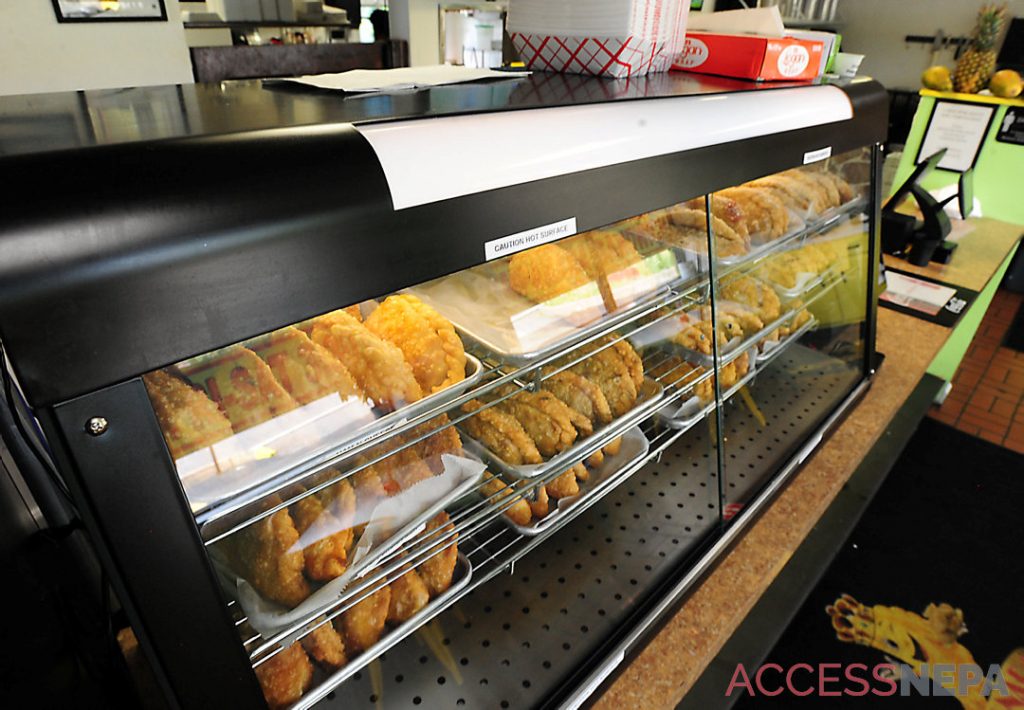 An empanada restaurant soon will open in the food court at the Wyoming Valley Mall.

Empanada King, 103 Casey Ave., Wilkes-Barre Twp., plans to expand and open a second location in the mall’s food court in a location that once housed McDonald’s.

Empanada King manager Crystian Tavarez said he expects the restaurant to open this weekend next to Les Crepes Paris, which opened in a spot where Arby’s closed in 2019, and across from Orange Julius.

The spot where Empanada King will open has been painted yellow and green and its menu is on display.

Empanada King initially planned to open on Casey Avenue next to McDonald’s on Route 309 in March last year but Tavarez said the pandemic pushed its opening back to November.

Since it opened, Tavarez said the restaurant has been busy and it has been attracting customers from different cities and towns. Some people tell him it’s difficult to find empanadas.

Tavarez said people like to eat empanadas for breakfast, lunch and dinner and he would like to see them available everywhere and become the “next hot dog.”

When Empanada King opens in the mall, it will bring the number of options in the food court to three.

Dino’s Pizza closed last year in the food court but Dino’s Pizza and Italian Restaurant near JCPenney is open as well as other food options outside the food court, including Auntie Anne’s Pretzels and Cinnabon.