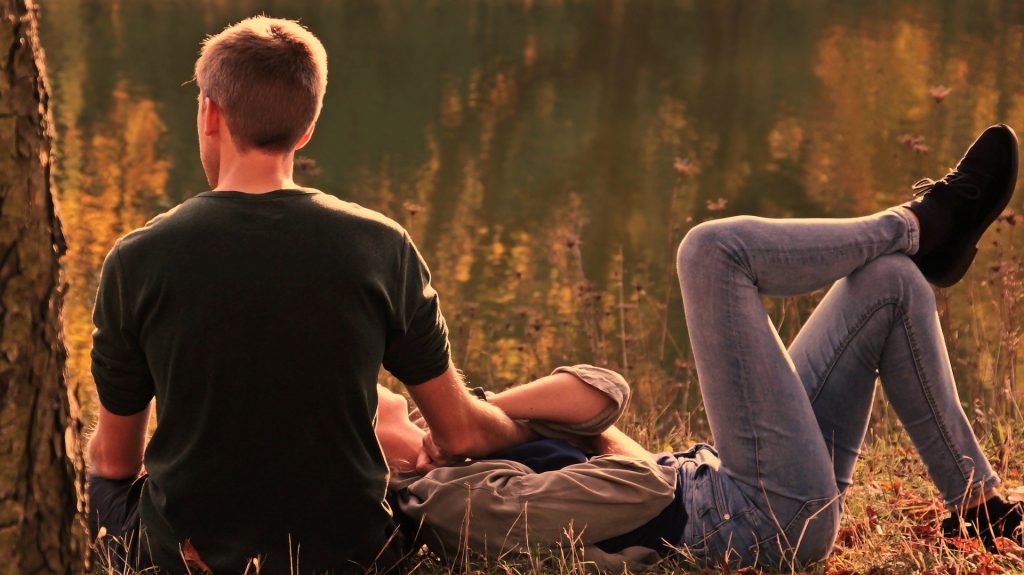 Man clams up when biological mom reaches out

My boyfriend, who was adopted as an infant, just heard from his birth mom for the first time ever. She contacted him out of the blue, sending a perfectly nice message, not expecting anything from him. Instead of responding to it, he’s just sort of shutting down. Times are tough enough, and I don’t think it’s healthy to bottle up his feelings. However, whenever I point that out or ask him how he feels, he says he doesn’t want to talk about it. How can I help motivate him to process his feelings?

We all have to deal with rejection, but most of us get our first taste of it at 6 — years old, that is, not six minutes after a nurse cuts our umbilical cord.

Emotions are basically the helper elves of humanity. They evolved to motivate behavior to help ancestral humans survive, mate and pass on their genes. We tend to see “negative” emotions such as sadness and anger as damaging, but evolutionary researcher Randolph Nesse, M.D., explained they are just as functional as “positive” emotions.

Negative emotions are the brakes for behavior that isn’t working for us. Though, these days, minor bad choices usually aren’t fatal, our psychology is calibrated as if they could be. The psychological operating system driving our behavior today is adapted for a harsh ancestral hunter-gatherer environment. Say some Neanderbro had the brilliant idea that he’d catch wild game for dinner by asking it nicely to throw itself onto his spear. But say, after collecting only windblown dust on his spearhead, the emotions he felt were happiness and excitement. He’d stick with his hunting approach and end up dining on tree-bark rib-eyes, the culinary choice of people who slowly starve to death.

Though men get depressed just like women do, another evolutionary researcher, psychologist Joyce Benenson, notes that men tend to be less emotionally sensitive than women, showing less fear and sadness from infancy on. Men are also less emotionally fluent, meaning they have trouble understanding exactly what they’re feeling, which, in turn, keeps them from being able to put names to their emotions. Though these seem like shortcomings, they serve men’s evolved role as the “warriors” of our species. In combat, men would put themselves and their fellow warriors at risk if they jabber on about how terrified they are and plop down on the battlefield for a good cry.

How does your boyfriend feel? Best guess: Emotionally overwhelmed. If so, his “shutting down” makes sense. It’s basically the human version of overloaded electrical wiring triggering a circuit breaker in your house — as opposed to keeping the juice flowing and triggering an electrical fire, turning your home into a two-bedroom, two-bath pile of smoking ash.

Sigmund Freud, who saw having actual evidence to support his claims an unnecessary bother, drove the widespread assumption that “repression” — avoiding upsetting thoughts to prevent or minimize anxiety — is emotionally and physically destructive. In fact, clinical psychologist Karin Coifman and her colleagues observed that there’s “a small and relatively inconsistent body of evidence” that associates “repressive coping” with health costs.

Research increasingly suggests it can be “adaptive” — beneficial — for a person to direct his or her attention away from experiences that cause negative feelings (especially negative feelings about him- or herself … say, like being “given up” for adoption). And the Coifman team’s own study found that the “emotional dissociation” of repressive coping can actually lead to better adjustment, fewer health complaints and “a less significant medical history.”

Consider, too, that men often “speak” through action rather than words. Your boyfriend is probably flooded with uncertainty about what he should do: contact his birth mom, meet with her, do nothing. You can help him — by being loving and supportive as he goes about this his way. If he still seems to be suffering a month from now, you might Google adoptee discussion boards and ask him whether you could give him the links. Reading about others’ feelings and experiences could help him understand his own feelings and decide how he’ll proceed.

Ultimately, the emotional expressiveness that comes naturally to many women is unnatural for many men. Benenson explained that women tend to bond through “sharing vulnerabilities” and soothe themselves by talking about their feelings, behavior that would leave most men feeling exposed and threatened. This provides helpful perspective on men’s seemingly counterproductive reactions to bad stuff that happens.