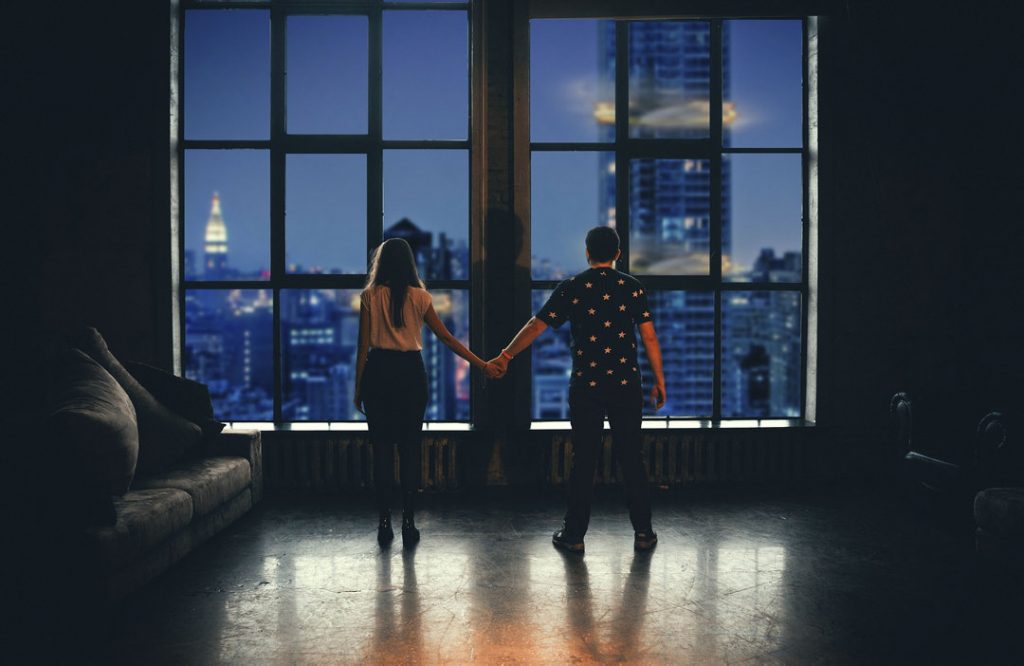 Moving in together could spell the end for couple

My boyfriend and I have been together for two years, and my lease is up in a few months. I was thinking about asking him if he wants to live together. When is the right time to move in with someone, and how do you know whether that’s even a good idea?

There are people you can share a home with who do not do a slew of annoying things, and they’re those who are continuing their tenure on our planet in an urn.

As a failed romantic (aka human-nature realist), I think there’s a right time to move in with another person, such as my boyfriend of 18 years, and it’s never. That said, in my financial dream world, I’d be into our buying houses next door to each other. Of course, this sort of thing is less practical for a couple with kids because a substantial part of parenting involves finding your children so annoying in the moment that you take steps to civilize them. And let’s be honest, all children are irritating (loud, sticky and often unbelievably tedious), save for those frozen in mute adorableness in photographs, my favorite kind.

There’s often financial pressure to live together, especially in urban elitevilles where a grim little closet pretending to be an apartment rents for the price of a gleaming penthouse in any city in the Midwest. Unfortunately, though sharing an apartment saves big on rent, it can cost a couple their relationship if they end up going at each other like rats in an undersized cage.

As for what makes a relationship work, cohabitational or otherwise, there’s this notion that couples who have happy, lasting partnerships love each other more than those who break up. Sorry, romantics! Sure, when a relationship is brand-new, affection and lust make for a big heart-shaped airbag against annoyance and resentment. However, in “The Power of Bad,” science journalist John Tierney and social psychologist Roy Baumeister explained that, over time, the sweet, tender things each partner says and does matter far less than how a couple deals with “the negative stuff — their doubts, their frustrations, their problems.”

Their book centers on what researchers call the “negativity bias”: how we pay far more attention to negative information, emotions and experiences than positive and give the negative stuff far more weight. The negativity bias is especially toxic in heterosexual relationships, thanks to some general sex differences in personality and emotional orientation, summed up by researchers as “female demand/male withdrawal.”

“Female demand” is driven by how women tend to be higher in the personality trait of “neuroticism,” which involves a tendency to react with negative emotions. People high in neuroticism see the world through mud-covered glasses: They’re anxious, moody, easily irritated and perceive intentional slights in incidents others shrug off as the small frustrations of life. Basically, high neuroticism is the personality trait of picky complainers: “You loaded the dishwasher all wrong!” “You’re feeding the baby all wrong!” And then the inevitable, “You’re climbing out the window and running down the street screaming all wrong!”

Regarding “male withdrawal” (lest you dudes start feeling all smugly superior), men tend to respond to relationship conflicts by going emotionally comatose, experiencing an emotional systems overload that clinical psychologist Robert Levenson and other researchers call “flooding.” In short, men are more likely to get overwhelmed by emotion and simply shut down. Not surprisingly, same-sex couples are less predisposed to plunge into a negativity spiral. Tierney and Baumeister explained, “If it’s two men, they’re less likely to initiate a complaint; if it’s two women, they’re less likely to withdraw after being criticized.”

That said, simply being human — in a job, a friendship or a relationship — makes us prone to go negative. That’s important to understand in light of research by psychologist John Gottman surveying couples who’d just gotten married and looking at which couples were divorced six years later. What mattered were not the positive, loving sentiments couples expressed but how they responded to conflict.

Psychologist Erich Fromm wrote, “Mature love says: ‘I need you because I love you.’” Cohabiting love says: “I need you to take out the trash because I’ll get 20-to-life for electrocuting you in the bathtub.”