SCRANTON — The British fashion brand Boden is moving its only U.S. outlet storefront from Pittston to Scranton.

The company, which has a distribution center in the Jenkins Twp. business park Center Point, had played a key role in downtown Pittston’s renaissance about a decade ago, but now city leaders and the company agree it’s time for change.

The move from Main Street, Pittston, to the Scranton Life Building on Spruce Street started at the beginning of April, but the pandemic slowed things. Boden plans a soft opening, for shopping by appointment only, later this week, Manager Holly Kelleher said. The day has not been set.

Boden carries high-fashion clothing for women and children, accessories and shoes and draws a large share of its shoppers from surrounding states.

“We wanted to give them more of a shopping experience,” Kelleher said. “We want them to be able to shop, have a nice lunch and maybe peruse some of the other boutiques.”

The outlet shop is exclusive; it’s the only one in the U.S., and Boden only has two in the United Kingdom. 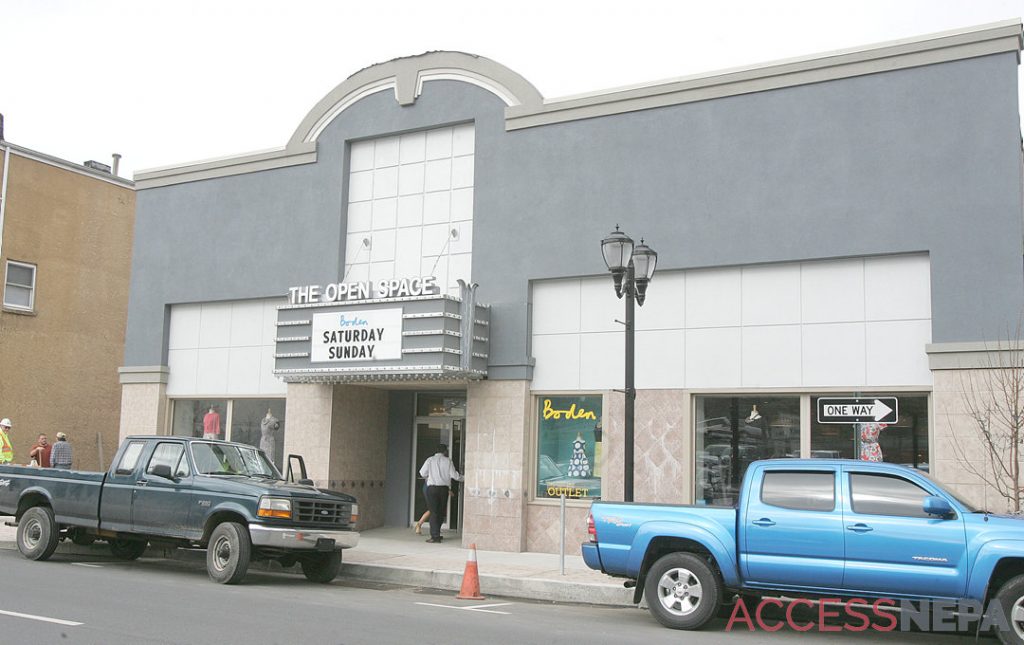 The Scranton space is smaller than the Pittston spot, but Kelleher said that just motivates them to rotate racks frequently, with merchandise turning over sometimes on a daily basis. The hours will change, too, she said, moving from a few days a week to a Tuesday-through-Sunday schedule to match nearby shops.

Boden was to set up pop-up shops a few days a week, but quickly became popular and tacked on more days.

“We didn’t want to mess with that formula, so we sort of paused on the whole building,” said Pittston Mayor Michael Lombardo.

Now that Boden’s leaving, Lombardo said they can pursue a renewed vision, with plans coming together for an art academy on about one-third of the second floor and shops on the first.

Following a grant award, construction on an elevator connecting the basement to the second floor is to begin soon.

“We’re looking at this as an opportunity to really max out the building,” Lombardo said.