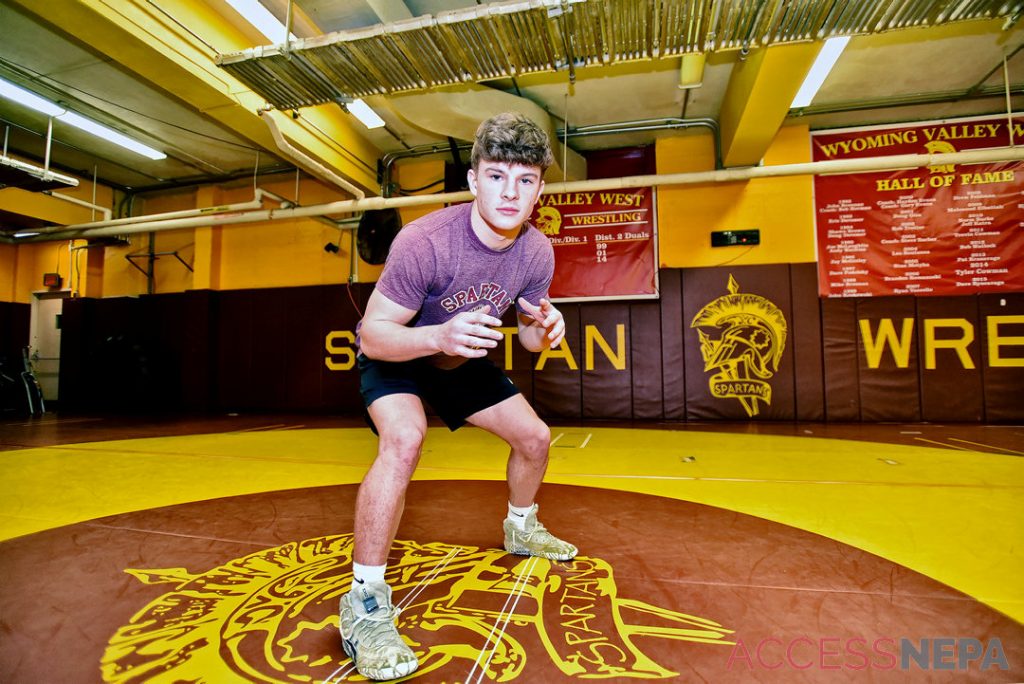 Valley West’s Ratchford ready for the next step

PLYMOUTH — Take one look at Ian Ratchford’s record, and it doesn’t tell half the story.

The Wyoming Valley West junior enters the District 2 Class 3A individual wrestling tournament as the No. 1 seed in the 132-pound bracket.

It’s a deserving ranking. He finished in the top 4 at districts in different weight classes in his first two varsity seasons, and seems primed to walk out of Mohegan Sun Arena at Casey Plaza on Saturday with a gold medal.

Ratchford fought through a 2021 season where the Spartans wrestled less than a handful of matches, while also trying to find the right weight, and preparing his body for the normal, wear-and-tear grind.

So, his 1-3 record is probably the most deceiving one at the event. He’s just starting to get back into normal wrestling form.

“At times, it has been a frustrating season,” Ratchford said. “Honestly, the only way to get better is the mat time. You need to be on the mat, competing on a regular basis, and it’s been hard to do that this year. Getting that experience, that’s the biggest thing. But really, what could you do? It was out of our hands.”

It’s been an up-and-down season for Ratchford and the Spartans. He battled an illness in December and worked to get back into wrestling shape. But with the delayed season, and another two-week pause after finally hitting the mats, it’s been tough to get into a groove.

Then, there was finding the right weight. Ratchford competed in the 120- and 126-pound weight classes.

“It’s all about focus, really because you know that everyone is kind of in the same boat with this whole pandemic,” Ratchford said. “All you can do is work hard, try to stay focused and keep a positive attitude. And it was tough to figure it out where I would land. We missed some of those tournaments that would have helped prepare you for the postseason, and help figure some things out better. But you just have to keep focused.”

Back to his 1-3 record. His three losses are to Pittston’s Julian Everitt, Tunkhannock’s Owen Woods and Hazleton Area’s Oscar Zamudio. Zamudio won a district championship in 2020. Everitt, undefeated and the top seed at 126, is one of the best freshmen in the Wyoming Valley Conference. Woods, the top seed at 120, was state-ranked this season.

“He’s fought through some tough matches,” Valley West head coach Ryan Vassello said. “But that was our goal. You knew it was going to be a short season, and the only way you were going to get better was to seek out the best matchups. Ian got some really great matches in the regular season.” 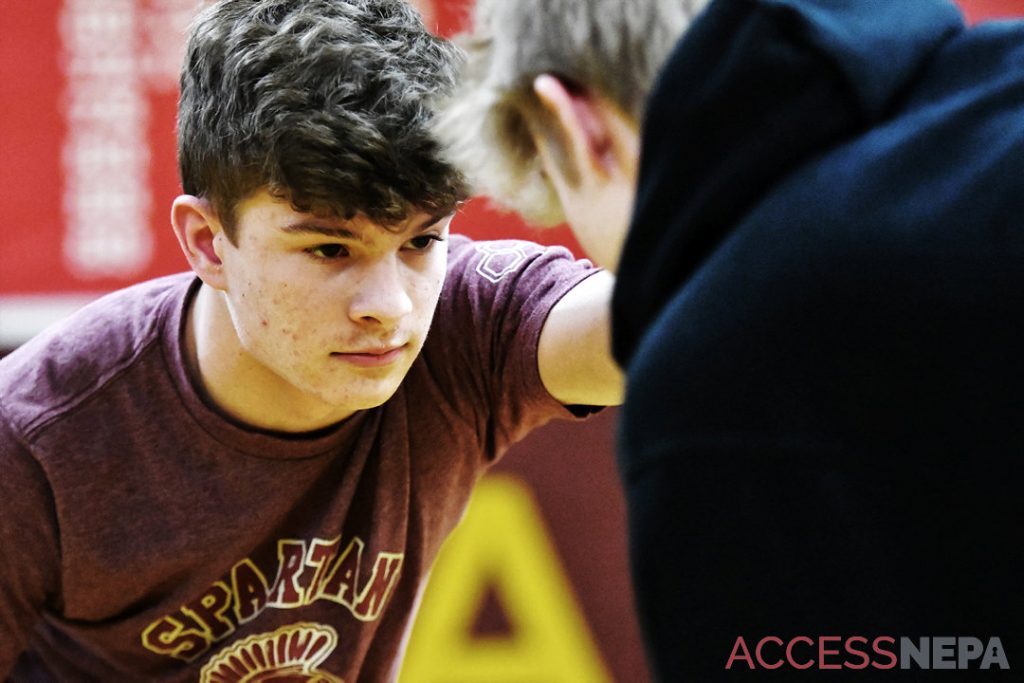 Ratchford won 67 matches in his first two seasons, including a third-place finish at last season’s District 2 championships and sixth at Northeast Regionals.

He entered this season with a state-ranking, and hopes to find that same groove when the postseason starts. It won’t be easy, though. At the bottom of the bracket are two talented underclassmen in Abington Heights’ undefeated freshman Austin Smith and West Scranton sophomore MJ Turi, who has just two losses.

“Ian has had his ups and down this season, but he’s also put in the time and really excelled in those offseason workouts,” Vassello said. “We decided to move him up in weight because it was the best fit for him. I think he’s ready. He just needs to keep a level head in each match, and wrestle to his potential.”

And it’s those setbacks at the previous two district tournaments that helped to fuel Ratchford.

“Taking a loss is always disappointing,” he said. “But I feel like I’m in the right mindset. Physically, I feel great, and my attitude is pretty positive. For me, it’s about getting to states, and I know that I can do it. My coaches have done a great job of keeping me in the right mindset. I’m ready.”