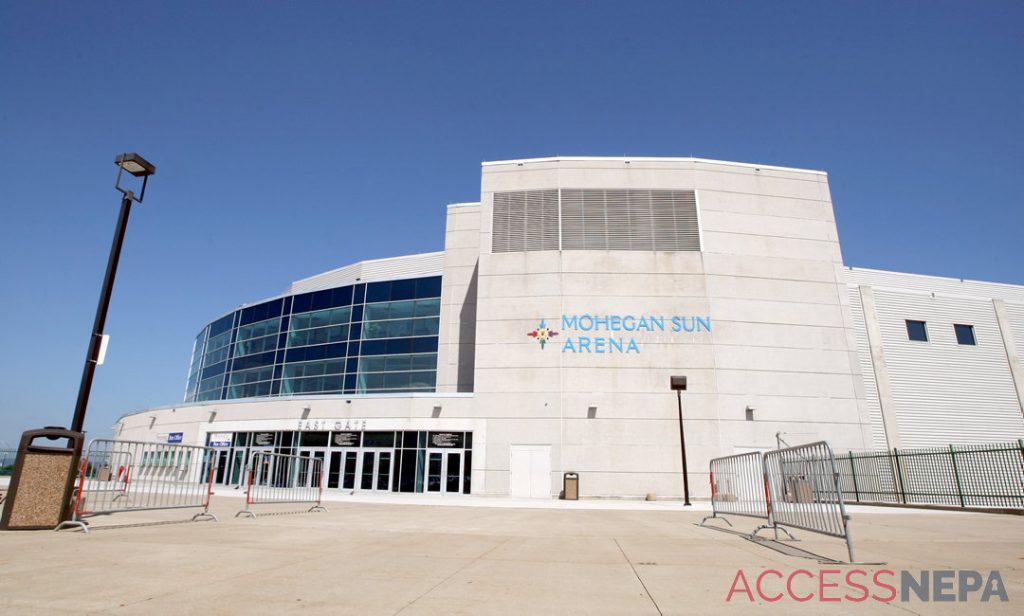 Some of the best high school wrestlers in the nation will be heading to Mohegan Sun Arena.

The 2021 National Prep School Wrestling Open will be held May 2-3 at the arena in Wilkes-Barre Twp.

The tournament will feature 14 weight classes for boys and nine weights for girls. Any student-athlete attending a National Prep Network School is eligible to compete.

Wyoming Seminary, one of the top-ranked teams in the country, competes in the National Prep division, and will be competing in the event. Other national powerhouses in the prep division include Blair Academy and Malvern Prep.

“The quality of wrestling in the semifinals and finals will be some of the best high school wrestling anywhere in the country,” event director Terry Casey said. “You are going to see dozens of top 10-ranked kids in the country here, and there will be finals where the top two kids in the nation are facing off.”

This will be the first time the tournament has ventured outside of Lehigh University’s Stabler Arena, which isn’t available because of COVID-19 restrictions.
In addition to Pennsylvania Junior Wrestling tournaments, Mohegan Sun Arena recently hosted the District 2 individual championships.

“We were so impressed with how the arena and its staff was able to host the district championships, and how professional and helpful they have been in this process,” Casey said. “We were extremely impressed with how they were able to follow the safety procedures, provide a safe venue for everyone involved, and still provide an amazing atmosphere for everyone involved – from wrestlers to spectators.

“And when you are looking at location, it’s ideal. We were going to have teams coming from New England, Ohio, Washington, New Jersey, and the arena is just perfectly placed right off Interstate 81.”

Change is tough, especially when you’ve been at the same location for the history of the event. Then again, Sem head coach Scott Green said this could open eyes toward future decisions.

“You never know, maybe it will open the door for future sites and future locations to host the event,” he said. “Really, this year, we didn’t have a choice. Lehigh wasn’t available. If we didn’t find another location, we wouldn’t be able to have a tournament. We are just really fortunate that the arena was willing to work with us, and we are grateful that they are allowing us to use their facility.”

The Blue Knights have been training in Kingston, waiting for the opportunity to showcase their talents on the mats. Earlier this year, the school announced Sem would be allowed to wrestle matches in the spring. Green said a few events were added to the schedule, including a dual meet with Greens Farms Academy of Connecticut in addition to the Journeyman Tournament and the Olympic Club Duals in State College.

“Our kids have been competing in some club events, and we’ve been training together on and off in the winter months,” Green said. “Our practice room is really intense. There are 42 kids in there, and at times, it’s the best of the best wrestling each other. Every kid in our practice room has improved.”