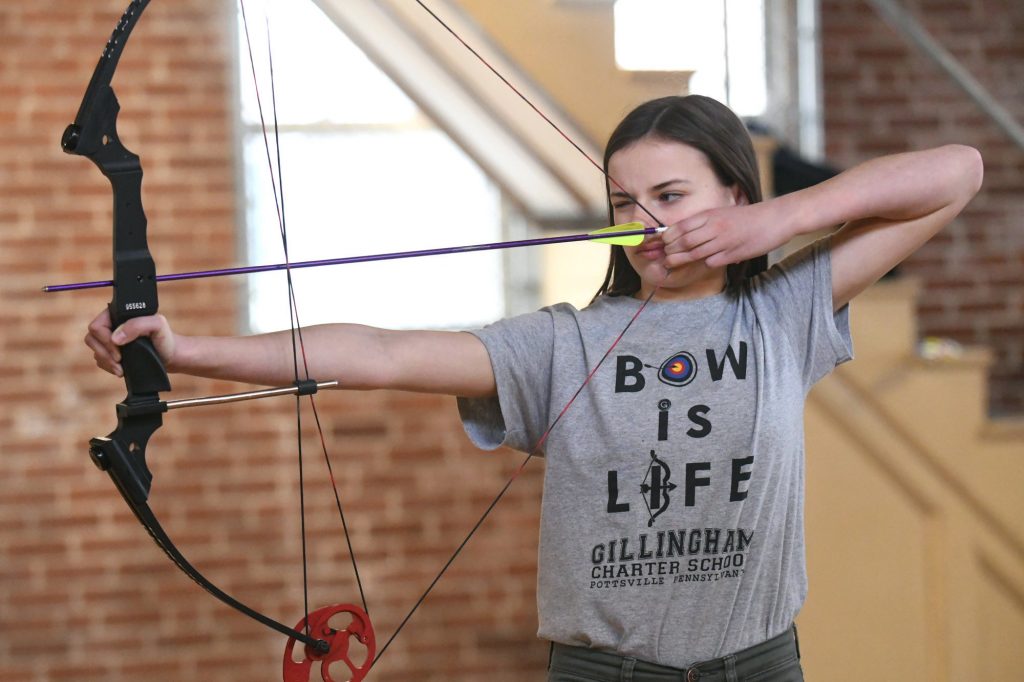 POTTSVILLE — Gillingham Charter School’s archery team is having one of its best seasons yet, with three members qualifying for the national tournament.

Head coach Matt Kercher said this year’s team is one of the school’s largest, with more than 50 students in grades 5 to 12 participating. He is assisted by assistant coach Lenny Martin.

Three team members — Karissa Teichman, Jordan Brovont and Jacinda Webber — qualified for the National Archery in Schools Program national tournament. The tournament will take place in Louisville, Kentucky, in May. In it, the girls will shoot at foam animal targets.

On Tuesday, the team was busy practicing shooting arrows at bull’s-eye targets. They would start practicing at 10 meters from the target and moving back to 15 meters, the shooting distance at a tournament.

The girls said they are thrilled to be going to their first national competition.

“I’m very happy I got this far,” Brovont said, describing going to nationals as “cool and exciting.” 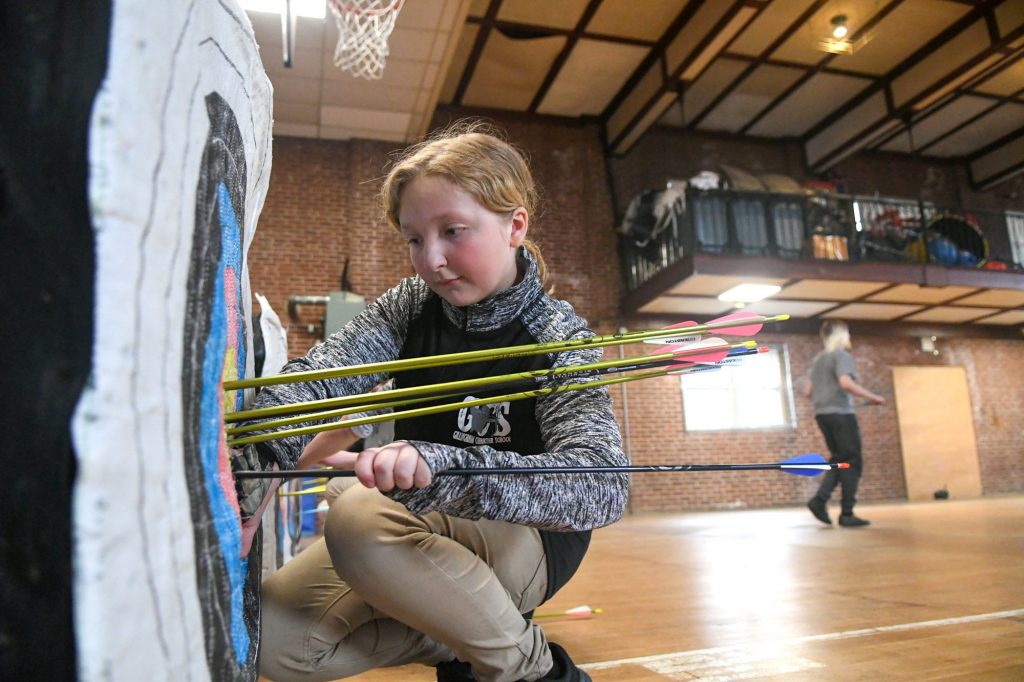 Tiechman, of Mahanoy City, said she feels “so proud” of herself for qualifying for nationals.

Webber, a McAdoo resident, has been on the team for two years and will be going to the national competition for the first time. She said staying focused is key to doing well in the tournament.

Webber added that trusting herself is also useful when competing.

Brovont, of Strausstown, said she had been practicing more than usual leading up to the state tournament, even when not at school. The team had 20 students qualify for the state tournament, which was scheduled for Friday at Penn State but has been canceled in response to the coronavirus outbreak.

“Sometimes I’ll be at home and I’ll get into my stance and pull back an imaginary bow,” Brovont said, pulling her right arm back, her left hand in front of her.

“Some people think bow and arrow is just arm, it’s not arm,” Brovont said, adding that she pulled a muscle in her stomach once from practicing archery.

Tiechman said the sport is more than shooting an arrow. It involves aiming at a certain point on the target and fingers have to placed on a certain spot on the bow.

“If you don’t (put your hand) in a specific area, your arrow will probably bounce and not land on the target,” Tiechman said.

For Brovont and Tiechman, being on the team is a dream come true. Brovont said she felt archery was something at which she would be good. 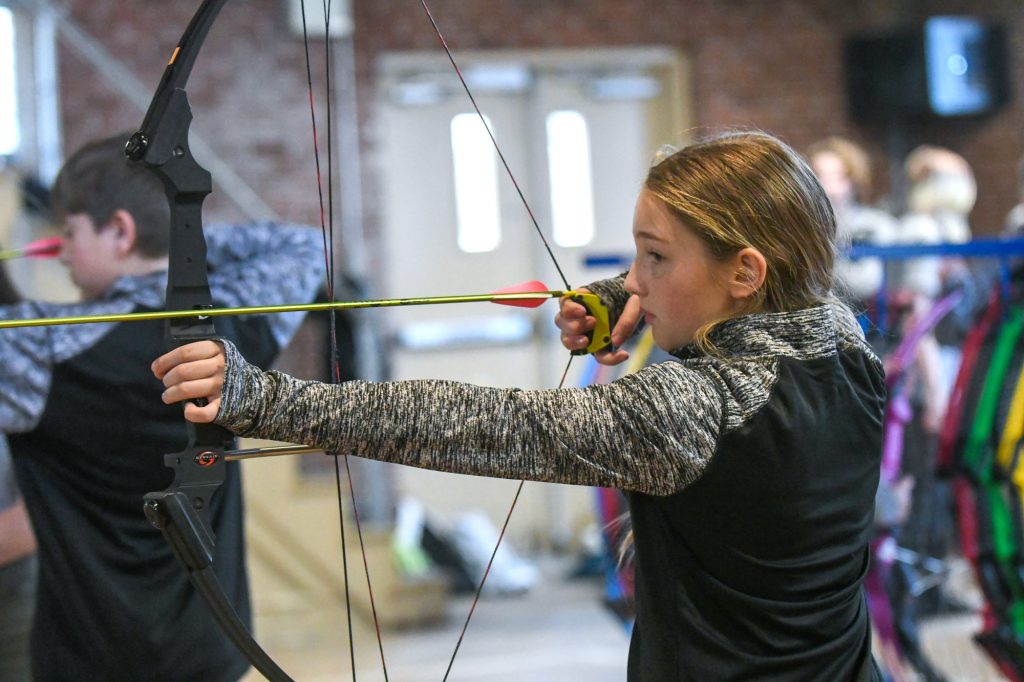 Tiechman said being on the team is “a dream come true.”

The team is ranked 11th in the state, with the top 12 teams competing in the state tournament, Kercher said, with a qualifying score of 3,063 bull’s-eye targets made. It was the first time the team qualified for the tournament.

Kercher, who has coached the team for six years, said it has been a long season, which started in January and runs through February. But the students are excited.

“I think this was one of our most successful years,” he said. “Throughout the entire season, our scores have gone up and we’ve set personal records for ourselves.”

Qualifying for the tournaments, Kercher said, shows the dedication of the boys and girls on the team.

“They’ve shown up to every practice,” he said. “The results speak for themselves.”