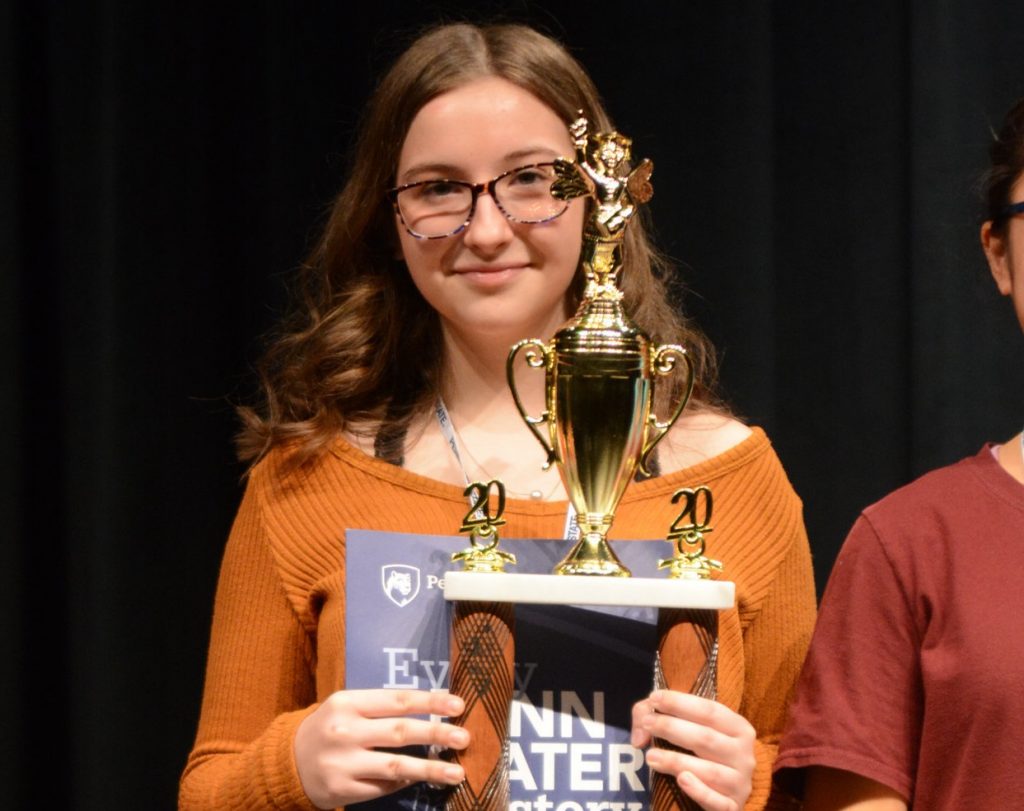 That’s the word that the 14-year-old eighth-grader at Schuylkill Haven Area High School misspelled in front of millions of television viewers at last year’s Scripps National Spelling Bee in Washington, D.C. This year, Bauer is going back to Washington.

“It feels great,” Bauer said about her second victory in as many years. She studied every word she saw, read as much as she could and watched movies with the subtitles on.

“I was nervous,” she said. “I was having fun, but still nervous. My mom’s always been making me study and just making sure that I know what I’m doing.”

Heidi’s mother, Kimberly, reminisced about her daughter becoming inspired to spell after watching the movie “Akeelah and the Bee.”

“It’s just fun to do something with your friend, and having a possibility of winning,” said Reagan, whose favorite word is “osteoporosis” because it’s a long word with an easy spelling (to her, at least). 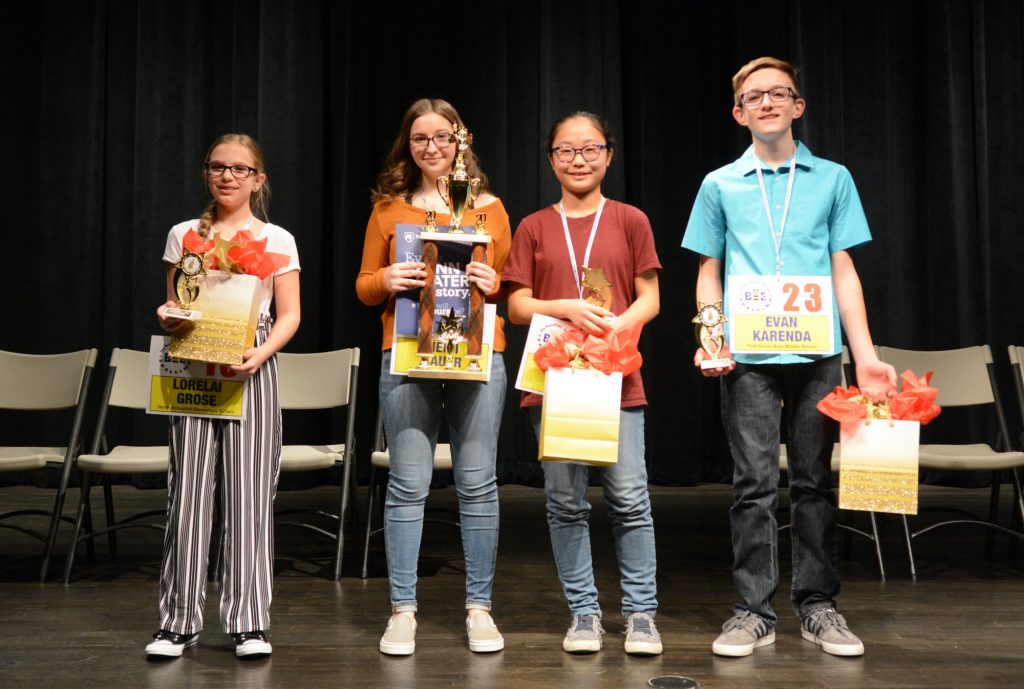 “Everyone around (Heidi) is just always happy,” she said.

“I feel proud and happy that I got this far, and it feels really cool,” she said. “I wasn’t expecting to get this far, but I’m amazed that I did.”

Runners-up got a small trophy, key chain and gift cards. Grose studied with her mother, Dawn-Marie.

She was nervous on stage, but she tried to remember all the people who told her good luck.

“I feel like I did really well, but I’m a little disappointed because I was hoping to improve every year, but I can’t complain,” he said.

He came in fourth place last year as well. Every morning at 7 a.m. he would come to school and study words.

“This is the most nerve-racking thing I’ve ever done in my life,” he said. “I don’t even know really because it’s just a competition, it’s just spelling.”