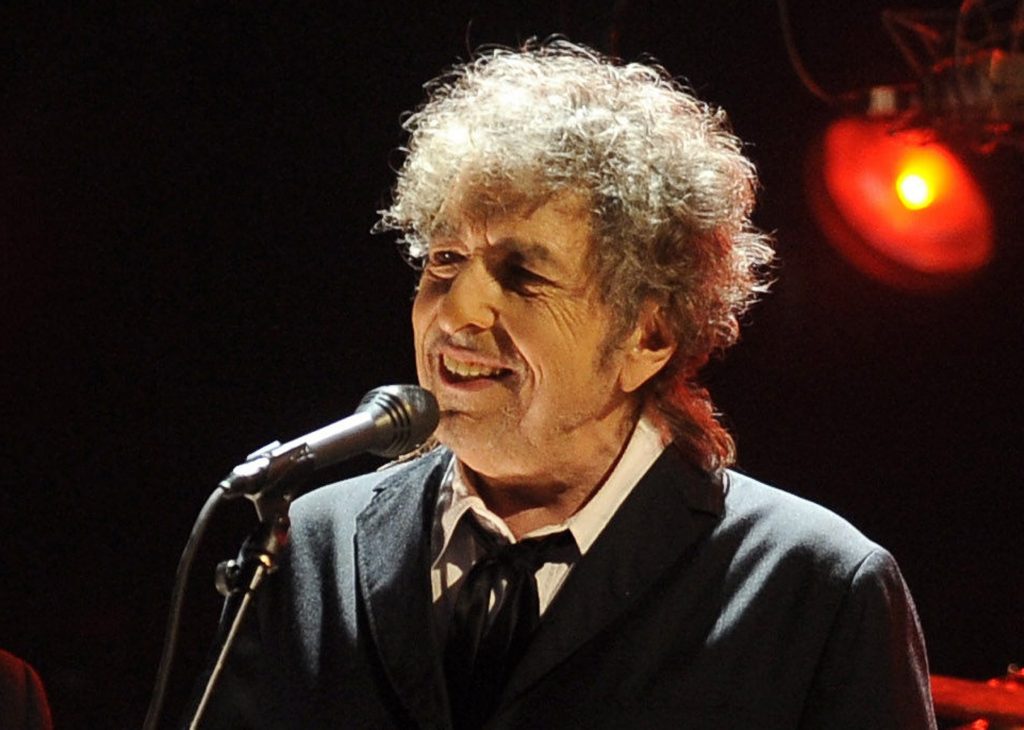 It’s no surprise the mid-1970s performances by Bob Dylan and friends in Martin Scorsese’s new documentary “Rolling Thunder Revue” are pure gold, whether Dylan is jingle-jangling through “Mr. Tambourine Man” or Joni Mitchell is performing her new composition “Coyote” offstage or Dylan and Roger McGuinn are harmonizing on “Knockin’ on Heaven’s Door.”

And with well-placed cameras seemingly everywhere, at times it feels as if we’re standing on the Oriental rug onstage with Dylan and the revolving band of singers, performers and musicians who joined him at various stops on the tour.

But there are also some truly surprising and funny moments sprinkled throughout, e.g., Joan Baez recalling how she dressed up as Dylan, complete with scraggly facial hair, and did such a convincing impersonation, she was able to see for a moment how deferential everyone was to the great one.

Or how about the sight of Bob Dylan literally driving the tour bus from town to town, keeping his eyes on the road while telling the camera crew, “Sure hope we get to Boston on time!” or Dylan playing in a glorified bingo hall, in front of an audience that looked like all the grandmas and aunties in town? Fantastic.

Not to mention how the as-yet-to-be-discovered, teenage Sharon Stone joined the tour for a few shows, which led to Dylan becoming aware of KISS, which led to …

Well. It’s better to hear the stories from Stone in a “real-time” interview, looking back on those days.

Debuting Wednesday on Netflix, “Rolling Thunder Revue” hits a few minor lulls along the 2-hour, 22-minute journey (one song is performed twice), but it’s a museum-quality time capsule of a legendary artist at the peak of his performing skills.

And for the most part, it appears as if the reclusive, mercurial, sometimes diffident and spotlight-shy Dylan was actually enjoying the hell out of himself (even if he was often making life miserable for everyone around him).

In typically masterful storyteller fashion, Scorsese sets the scene by using sound bites and film clips to remind us (or inform the younger viewer) of the mood of the country in 1975, when America was in an economic downturn and was still reeling from Vietnam and Watergate, and the flower-power, change-the-world, hippie days of the 1960s were in the rearview mirror.

Dylan was a massive star at the time and could have sold out stadiums, but he conceived the 57-concert, two-leg tour (fall of 1975, spring of 1976) across North America as an opportunity to connect with audiences in smaller halls, in atmospheres more conducive to the traveling circus vibe he wanted to create. (We see footage of concertgoers arriving at venues and handing over cash to ticket-takers, as if they’re going to see a Bob Dylan cover band and not Bob Dylan.)

“It wasn’t a success — not if you measure success in terms of profit,” says the modern-day Dylan in his first on-camera interview in some 10 years. (In classic irascible yet kinda charming Bob fashion, Dylan also says he remembers just about nothing from the tour because it was so long ago, so what do you want from him?)

The beautifully restored concert footage is vibrant and thrilling. (Although some of the footage was previously seen in 1978’s “Renaldo and Clara,” much of it has never been shown before.)

At times, e.g., a performance of “Simple Twist of Fate,” we get long, uncut close-ups of Dylan, who commands the screen just as he commanded the room in that moment. The ensemble numbers are just as compelling. Even when Dylan is literally hiding behind a mask or sporting kabuki-inspired makeup, it’s clear he was enjoying the hell out of himself onstage. (He’s even surprisingly tolerant of fans yelling out requests from the dark.)

Through the years and the decades, as Martin Scorsese has delivered one brilliant fictional narrative after another, he has also built an impressive library of documentary achievements, from “The Last Waltz” (arguably the greatest concert documentary ever made) to “No Direction Home” (which focused on Dylan’s breakthrough years) to the Rolling Stones film “Shine a Light” to various docs about the history of cinema and his love for the art form.

With “Rolling Thunder Revue,” Scorsese remains at the top of his game, and is the perfect filmmaker to tell the story of a unique chapter in the life and career of a fellow creative legend.