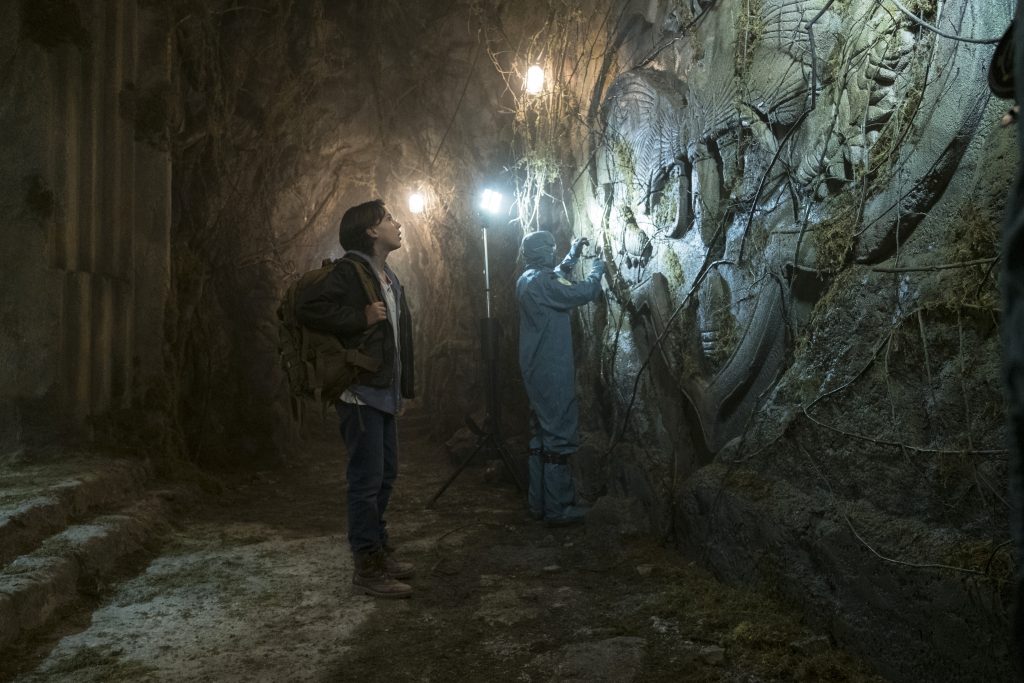 Of all the “Godzilla” movies ever made, this is definitely one of them.

Even with all its pyrotechnics, and even with arguably the finest and deepest team of actors ever to appear in any of the three dozen movies about the big guy, “King of the Monsters” careens about all over the place in search of an identity, never really finding its footing as a campy treat, an exciting popcorn adventure or a monster movie with humans we actually care about.

It’s loud and muddled and overlong, and it spends too much time focusing on the too-many characters as they exchange ridiculous dialogue and stare up in wide-eyed wonder at the madness in the skies and in the seas and right in front of them.

Warner Bros. presents a film directed by Michael Dougherty and written by Dougherty and Zach Shields. Rated PG-13 (for sequences of monster action violence and destruction, and for some language). subtitles. Running time: 134 minutes. Opens Thursday at local theaters. 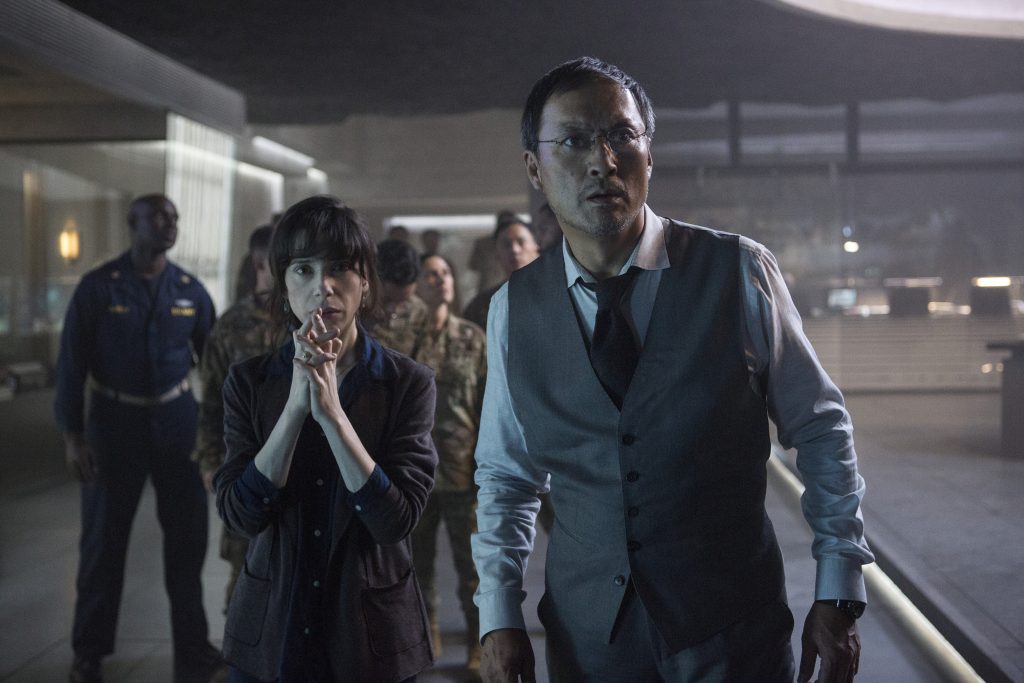 DANIEL MCFADDEN / WARNER BROS. PICTURES VIA AP
This image released by Warner Bros. Pictures shows Sally Hawkins, left, and Ken Watanabe in a scene from “Godzilla: King of the Monsters.”

When the monsters DO butt heads, the battle sequences are often maddeningly dark, and jam-packed with too many quick-cut closeups, making it difficult to keep track of the cage-match type confrontations. “King of the Monsters” is most entertaining when the camera lingers on Godzilla’s big, goofy, 1950s-looking face, or when we see Zilla et al., facing off from a bit of a distance, so we can appreciate the sheer silly fun of it all.

Ah, but that’s the biggest problem here: the overall dearth of a sense of fun. As we get mired in storylines about a squabbling divorced couple and a Bond-like villain’s truly ill-conceived plan to create chaos, and we get heavy-handed lectures about how humans are the REAL monsters destroying the planet, it’s all so … serious. (I mean, the action takes us to Fenway Park and nobody even makes a bad Green Monster joke!)

“Godzilla: King of the Monsters” (a continuation of the “MonsterVerse” that includes 2017’s “Kong: Skull Island”) takes place in present day, five years after the world (and San Francisco in particular) learned the hard way ancient, supposedly mythic creatures were in fact real.

Now everyone is trying to figure out how to deal with these “titans,” as they’re called. Do we blow ‘em all up, or try to co-exist with them, because after all, they were here first, and maybe they’ll let us hang around as pets once they regain power. (No really, that’s essentially one of the arguments presented.)

We’re told there are some 17 gigantic beasts, all in dormant states (for now), in secret outposts in China and Mexico and Arizona and Antarctica, and that’s a lot of secret outposts to keep secret.

Of course, in the grand tradition of monster movies, these outposts are staffed by scientists and support personnel and heavily armed security forces, all of whom are shocked beyond belief and pretty much helpless to defend themselves when the creatures come to life and get cranky and start roaring and stomping and chomping.

Vera Farmiga’s Dr. Emma Russell and Kyle Chandler’s Dr. Mark Russell were torn apart when they lost their son in the madness of “Godzilla” (2014) and are now divorced, with Emma having custody of their daughter Madison (Millie Bobby Brown from “Stranger Things.”) While the embittered Mark drowned his sorrows in a bottle and went off to study wolves (remember how I told you there’s too much serious stuff?), Emma spent years perfecting a device known as the Orca, which is kind of like a super-duper Alexa enabling humans to communicate with Godzilla and other creatures on a high level.

Charles Dance hams it up like a summer-stock Shakespearean player as Col. Alan Jonah, the ol’ reliable character of the decorated military man turned “eco-terrorist” who will stop at nothing to gain control of the Orca.

Meanwhile, an all-star roster of supporting players including Sally Hawkins, O’Shea Jackson Jr., David Straitharn, Ziyi Zhang, Aisha Hinds, Ken Watanabe and Bradley Whitford pop in from time to time to deliver lines such as, “Something’s wrong!” and “That’s not possible!” and “Get out of there, NOW!” and “YOU’RE a monster!” (You might get a scene in which a monster approaches you and leans in REAL CLOSE and seems to look you in the eye before deciding whether to tear you apart or spare you. Or you might get a noble death, in which you sacrifice yourself to save the world. Or you might just get the ax off-screen.)

As for the monsters: Godzilla and the three-headed monster King Ghidorah are the Rocky and Ivan Drago of the movie and get plenty of attention, but the likes of Mothra and Rodan should be complaining to their agents about lack of playing time.

So many scenes take place at night, under water, amidst the chaos of smoke and fire, and in a confusing manner.

Just last month, legions of “Game of Thrones” fans were crying foul over the now-infamous “Battle of Winterfell” episode for being so under-lit, so dark and murky, it was virtually impossible to keep up with the action.

One imagines some of these same fans watching “Godzilla: King of the Monsters” and thinking, “Are you kidding me? AGAIN?”