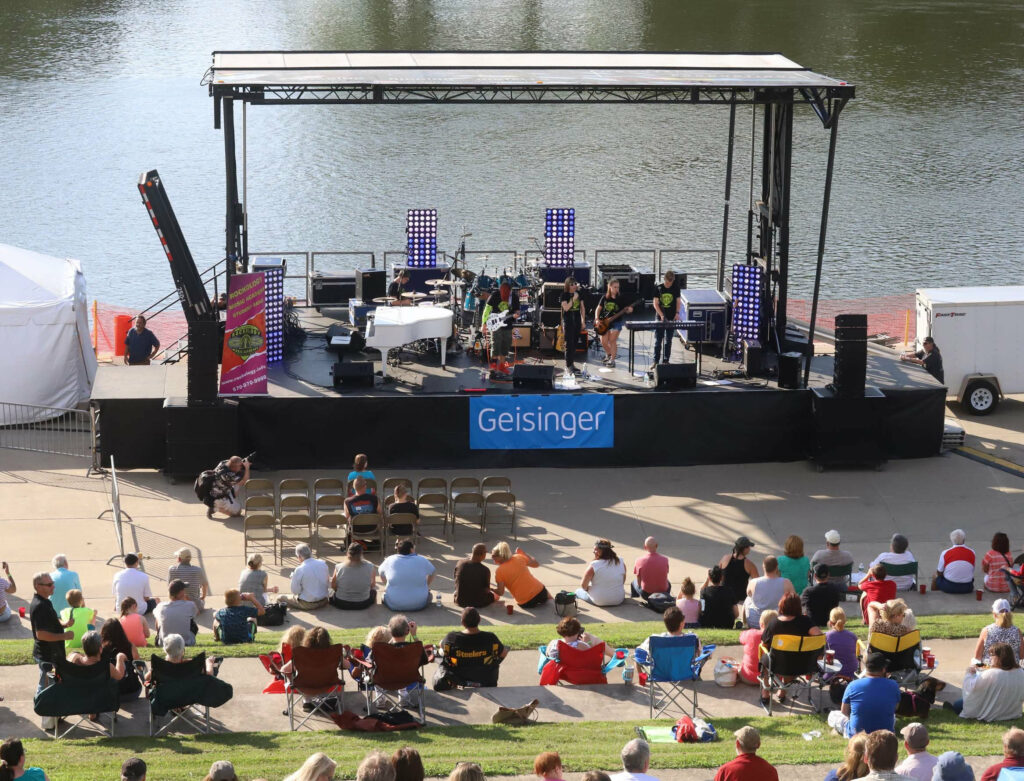 Keep on ‘Rockin’ on the Riverfront’

There will be some minor changes for the two remaining Rockin’ the River concerts this month, but the first concert last week went wonderfully well, according to county Manager David Pedri.

“We got the perfect weather,” Pedri said. “Overall it was a perfect event.”

Pedri said he walked around last Friday worried that few people would turn out for the first of three scheduled free concerts in Millennium Circle, along the shores of the Susquehanna River off River Street in Wilkes-Barre. The turnout, estimated at 1,100 to 1,200, was a pleasant surprise, Pedri said.

For the next two concerts on July 19 and July 26, officials plan to make a few changes based on how things went for the first concert, according to Pedri.

A Geisinger health care and emergency services tent will be moved closer to the entrance, Pedri said. There will also be minor changes regarding lighting, he said.

Also, there will likely be two more food trucks on hand for the next two concerts, Pedri said.

Food trucks open at 5 p.m. for the Rockin’ the River events. The music starts at 6 p.m. and ends at 9 p.m. The Luzerne County Transportation Authority will provide free bus service after 4 p.m. each day.

The future concert lineups are: