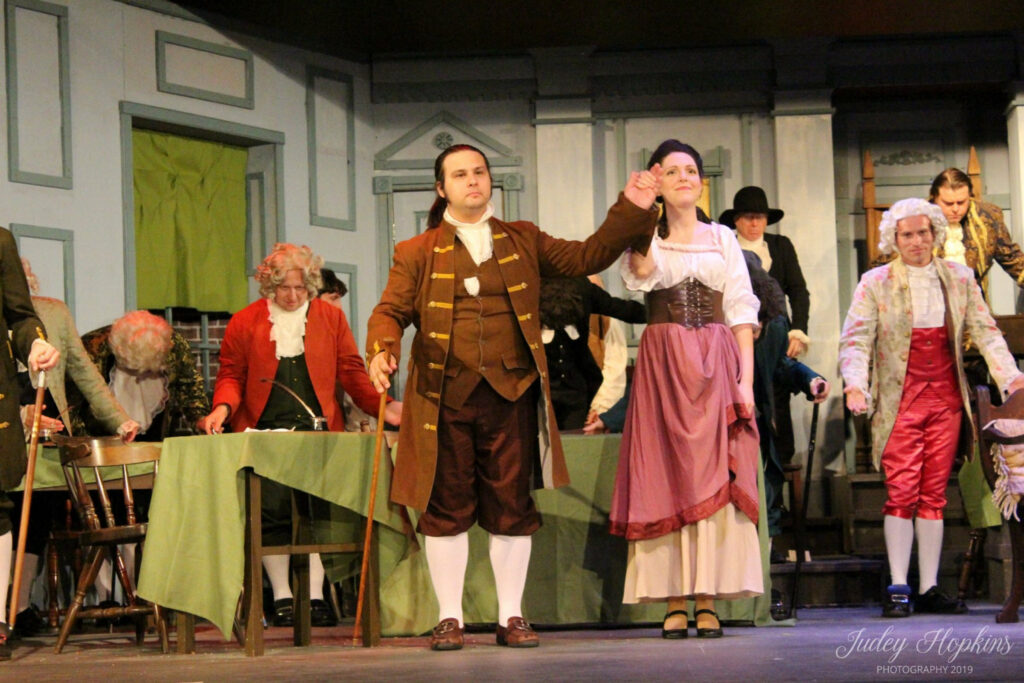 Keep the patriotic spirit alive at ‘1776’

The Pennsylvania Theatre of Performing Arts and director Bob Taylor will present two final performances of the musical of American independence, “1776,” today at 7 p.m. and Sunday, July 7, at 3 p.m.

Jessica Schafer of Lehighton plays Abigail Adams, distanced from her husband while he works for independence in the Continental Congress but ever present in his mind and through her letters, which are woven into the show to give audiences another view of the “obnoxious and disliked” protagonist Adams and prove Abigail to be a potent historical figure in her own right. Reagan Venturi plays Martha Jefferson, whose surprise visit to her husband in Philadelphia is capped with a breathtaking song to their young love, “He Plays the Violin.”

Opposing Adams, Franklin, and Jefferson in featured singing and acting roles are John Dickinson of Pennsylvania (Christopher Pavlick of Hazle Twp.), the leader of Congress’s conservative faction, and Edward Rutledge (Zachary Sessock of Middletown) as the young South Carolina aristocrat Edward Rutledge. Another featured role, the Continental Army’s courier (played by Dylan Coffin of Lehighton) sings one of the most emotional songs of Sherman Edwards’ score, the heart-wrenching “Mama, Look Sharp.”

Reservations are recommended for parties wishing for table seating and large groups wishing to sit together this weekend and can be made by calling the box office at 570-454-5451. Tickets will be available at the door and can be paid for via cash, check, or credit/debit card. The PTPA is a BYOB establishment and this production is educational and kid-friendly.