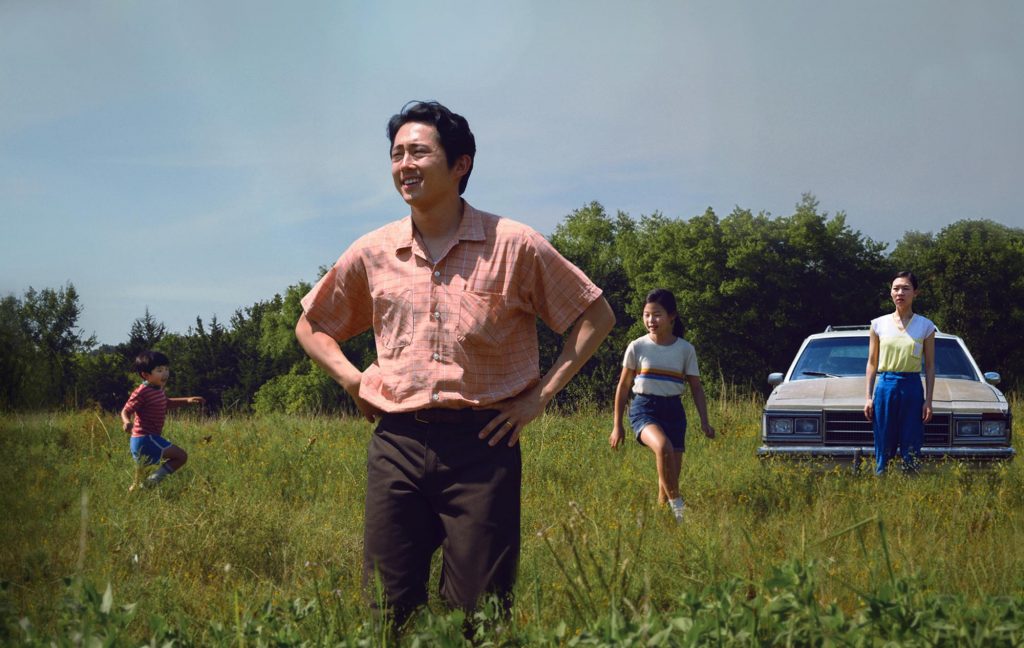 As Bong Joon-ho accepted the Academy Award for last year’s best picture winner “Parasite,” the South Korean writer/director begged audiences to give films with foreign-language subtitles a chance. This paved the way for “Minari,” the Oscar-nominated family drama filmed in America but largely told in the Korean language.

However, going into the film expecting another “Parasite” would be a mistake. The gentle “Minari” is a much different animal than Bong’s savage satire. “Minari” has an important story to tell, but the acclaim surrounding it was so high that it didn’t quite meet all my expectations.

Set in the 1980s, “Minari” follows a South Korean family who moves to Arkansas to start anew in America. Jacob (Steven Yeun), the family patriarch, is determined to turn their land into a successful farm. His wife, Monica (Yeri Han), doesn’t share his enthusiasm.

As they try to build a new life from scratch, the strained couple is raising their daughter Anne (Noel Cho) and David (Alan S. Kim), who suffers from a heart condition. To help with the kids, Monica’s eccentric and fun-loving mother, Soonja (Youn Yuh-jung), comes to stay with them. As the family encounters agricultural problems and personal misfortune, Jacob and Monica’s love and commitment to each other is put to the test.

“Minari” elegantly showcases an immigrant family’s struggle to succeed in a new country. The film’s title, minari, refers to a water celery that can be planted anywhere and grow abundantly. The plant serves as a metaphor for the family’s journey to put down roots in America. The land in the Ozarks where the family settles is ripe for the taking, but Jacob and his family must put in the work to cultivate it. The title celebrates their resilience as they face one obstacle after another, from water problems to vendor issues to getting along with each other.

Chung, whose South Korean parents immigrated to Arkansas, grew up on a farm and knows his way around one. The film serves as a love letter to America’s heartland. Fertile farmland, with an endless blanket of grass, stretches out along all corners of the frame. The best director nominee realistically captures the promise and pain that Jacob and his family experience as they learn the trials and tribulations of farming. Throughout the story, the land appears as both friend and enemy. The lush cinematography exudes a dreamlike haze as the family chases the American dream.

The drama features terrific acting from its Asian and Asian American cast. The actors switch back and forth between Korean and English, lending authenticity as the characters adjust to their new surroundings.

In an understated performance, Yeun exudes a quiet authority mixed with a fear of failure. “The Walking Dead” alumnus delves into Jacob’s stubbornness and vulnerability while keeping his emotions in check. Jacob is determined to make a better life for his family, even if it means skewing his priorities. Yeun walks a fine line that deservedly earned him a best actor nomination – the first Asian American man to receive one in Oscars history.

Jacob’s optimism puts him at odds with the practicality of his wife, earnestly portrayed by Han. When Jacob and Monica fight, the level-headed Han will only allow her character a moment of emotion or two before wiping her eyes and moving on. Her restrained portrayal adds to the film’s realism. Though the couple’s marriage may be shaky, the strength of their love is believable. Making his film debut, the precocious Kim steals hearts as David. Acting as a stand-in for Chung, the young actor brings fresh eyes as his innocence colors his point of view. Will Patton shines in a small character role as an offbeat Korean War veteran who helps Jacob on the farm.

But the film’s standout is Youn. As soon as the veteran actress enters the film, Soonja’s quirkiness livens things up. She curses, jokes around and teases her grandson, much to his chagrin. Soonja is not a traditional grandma, but she’s the one David needs as she encourages the boy. The two share some of the film’s most emotional moments. The best supporting actress nominee adds heart and soul in a delightful, uplifting performance that should earn her the Oscar.

Youn’s portrayal saves “Minari” when the film starts to drag. Sometimes the film feels so realistic that its action borders on the mundane, which makes the two-hour film feel its length. In the final act, a dramatic event happens that feels contrived to move the film along to its conclusion. As a result, the ending comes off as a bit ambiguous, which can be frustrating.

Coming into “Minari,” I had seen so much hype that I expected to be swept away by its story. Although I cared about the family’s ups and downs, I wasn’t as emotionally hard-hit by the film’s events as others were. But that doesn’t mean the film doesn’t accomplish its goal.

Well-made and well-shot, “Minari” is not another “Parasite.” Lee Isaac Chung lifts the veil on Asian American immigrants, spotlighting their stories as part of the ongoing search for the American dream.

With its excellent directing and masterful performances, the heartwarming film stands out among the best picture nominees. Though it may not have checked off all the boxes for me, the film largely achieves what it sets out to do. Like “Parasite,” here’s hoping “Minari” influences more filmmakers of color to tell personal stories in their native languages. 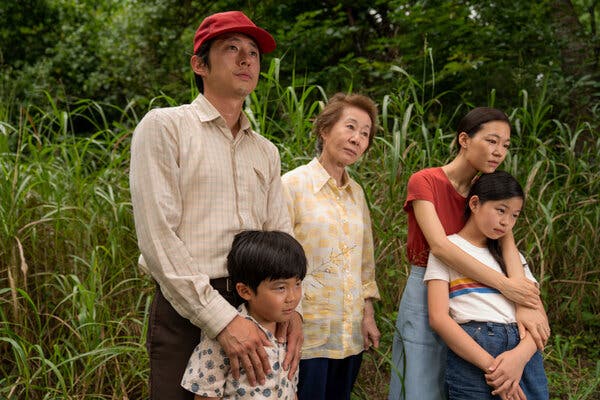 Nominated for six Academy Awards, including best picture, “Minari” explores family and the struggles that disrupt that dynamic. The film tells a heartbreaking yet beautiful story of a Korean family working to realize the American dream.

Everyone in the family has a different priority, and the main battle comes between husband and wife. Jacob (Steven Yeun) takes a risk and creates a farm in hopes the family can live comfortably, while his wife Monica (Yeri Han) is content getting by and surviving. Both make sacrifices, but the rift between them persists through screaming matches and a consistent lack of affection.

The casting proves phenomenal as Yeun and Youn earned best actor and best supporting actress nominations. Although she didn’t receive a nomination, Han achieved the best performance. She stays grounded and reserved in her duties as a mother even though she doesn’t agree with her husband’s and family’s paths. Han handles her emotions realistically. I connected with her the most because of her perfect execution. Judging by the Oscar nominations, I was pleasantly surprised with her performance and importance as the heart of the film.

That isn’t to take away from Youn’s performance. Her chemistry with Kim also adds to the film’s heart. Youn’s presence boosted “Minari” immediately as it struggled to get its footing early. Youn kicks the film into gear, and her funny and powerful scenes with Kim elevate it..

Yeun, of “The Walking Dead” fame, naturally commands the leading role. He starts the film with exuberance, but struggles in pursuit of his dream. His exuberance turns to obsession that affects his relationship with his family. It all culminates in a powerful ending.

Kim and Cho were great as the kids. Kim had the more challenging role, and he nailed the humor and emotion. Cho played the mature sister, who takes on a lot of responsibility at a young age. She also provides comic relief and heart. Great character actor Will Patton (Paul) also thrives in an over-the-top role. He plays it up just the right amount so the audience believes he can be a real person. His dynamic with Jacob and the family also adds heart to the movie.

Lee Isaac Chung’s script and direction allow the actors to bring the film to its full potential. The heartbreaking and beautiful story reaches the soul of the audience. Emile Mosseri creates a gorgeous score that perfectly complements the film without overpowering any scene. He rightfully earned an Oscar nomination for his work.

“Minari” has a few dull and Oscar-bait moments and proves a bit predictable. The trailer also gives away a big scene toward the end of the film. Not that that’s the movie’s fault, but I wouldn’t watch the trailer before watching “Minari.” Despite its few setbacks, it belongs in the best picture category. It proves a complete film with strong directing, writing, acting and music that immerses the audience in the story. It also achieves the heart that most films struggle to reach.