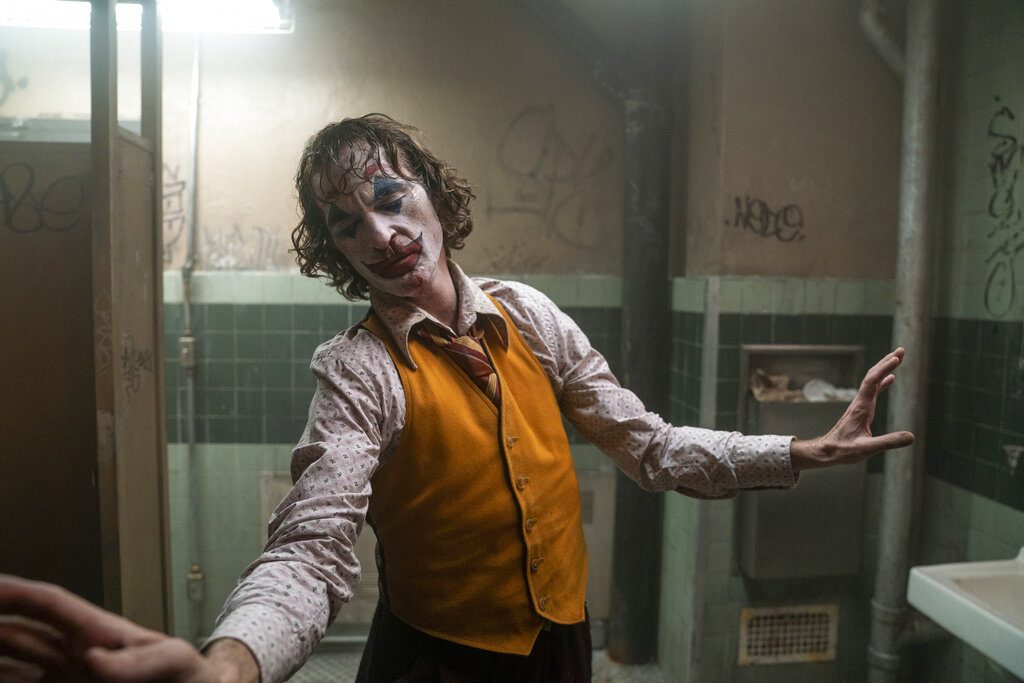 The most polarizing film of the year has most audiences raving because of a great performance by Joaquin Phoenix, but it shouldn’t blind them to the fact that “Joker” is a mess.

“Joker” tries to tackle mental illness, work as a political commentary and serve as a plausible origin story for Batman’s greatest villain.

When it comes to the mental illness portion, the film was well on its way to making the audience care when Phoenix’s Arthur Fleck (the eventual Joker) writes in his journal, “The worst part of having a mental illness is people expect you to behave as if you don’t.” That’s powerful and tragically true. But it’s just a sentence in a movie, because “Joker” has other things it also needs to underdevelop. Like its political commentary.

Rich vs. poor or the 1 percenters vs. the 99 percenters aren’t new subjects to tackle in a political commentary. “The Dark Knight Rises” actually explored it in 2012. But again, the commentary is wrapped up in a phrase, “You get what you deserve.” The film can’t spend too much time on that because it has to put butts in the seats. It has to make money. Therefore, this character must be Joker and must connect to Batman. To its credit, “Joker” has made an absurd amount of money. But making this character the Joker and adding roles for Bruce Wayne and Thomas Wayne held back this so-called standalone story from becoming exactly that.

Watching the trailer and knowing this character from the five iterations over the last 30 years, no beat surprises the audience. Also, now the movie is taking established characters and changing them. Now the audience is learning about the Joker instead of appreciating the mystery behind his past. Or is it? Now Thomas Wayne is a jerk, a true member of the 1 percent. Or is he? The story is told through the eyes of the Joker so the audience doesn’t know if some or all of the events of the film actually happened.

Sometimes ambiguity works, but when the audience leaves the theater wondering if anything in the movie it spent $10 to see actually happened, that’s a problem. That’s lazy. That infuriates a certain Take 2 Blog movie reviewer who spent days trying to figure out what “Joker” was, what it was trying to say, when the answer is … nothing. And that’s fine. Movies don’t have to say anything. But “Joker” establishes itself as a movie that is trying to say something by throwing in political commentary and adding a powerful line about mental health. Judging by director Todd Phillips’ response to the backlash about his film, he doesn’t understand “Joker” either.

Before “Joker” came out in a wide release, there were concerns the film would influence people to commit terrorist acts similar to the Aurora, Colorado, shooting in 2012 during a midnight screening of “The Dark Knight Rises.” Phillips responded by saying something along the lines of he doesn’t understand why his film is held to a higher standard than “John Wick 3.” Because, Todd, they are COMPLETELY different films. “Joker” is raw and mostly based in reality. It’s dark with disturbing violence and no humor. “John Wick 3” is the exact opposite. If Phillips doesn’t understand that, he needs to stop making films. He’s made good movies (“Old School, “The Hangover”) in the past so he must understand that. It’s clear he just wasn’t ready for the backlash and therefore didn’t know what to say. This further proves he wasn’t trying to say anything.

That being said, “Joker” is a well-made film with a great leading performance and solid supporting work. It just needs to tone itself down a bit because it becomes repetitive to the point the film is unrealistic. Joker has a worse few days than anybody has ever had in his or her life. He also laughs and dances way too often and the score drones on a little too much. The audience gets it. It doesn’t have to be beaten over its head with a sledgehammer. It could have used a touch of humor, too. The movie’s purpose is to make the audience uncomfortable, but without humor to change the pace the audience’s emotions are never moved. But all-in-all, the directing and performances are good. That’s what makes all of the above so frustrating.

Despite a great leading performance, “Joker” is a predictable film with meaningless ambiguity and nothing to say. It introduces interesting ideas it could have dived into, but decided to quickly move past them because it needed to connect to the Batman universe to make money. Without that holding it back, it could have opened up time to explore mental illness and develop into a great and meaningful film. But its director doesn’t even believe “Joker” should been held to a high standard so audiences need to stop trying to elevate it. It had so much potential, but in the end “Joker” is fool’s gold. 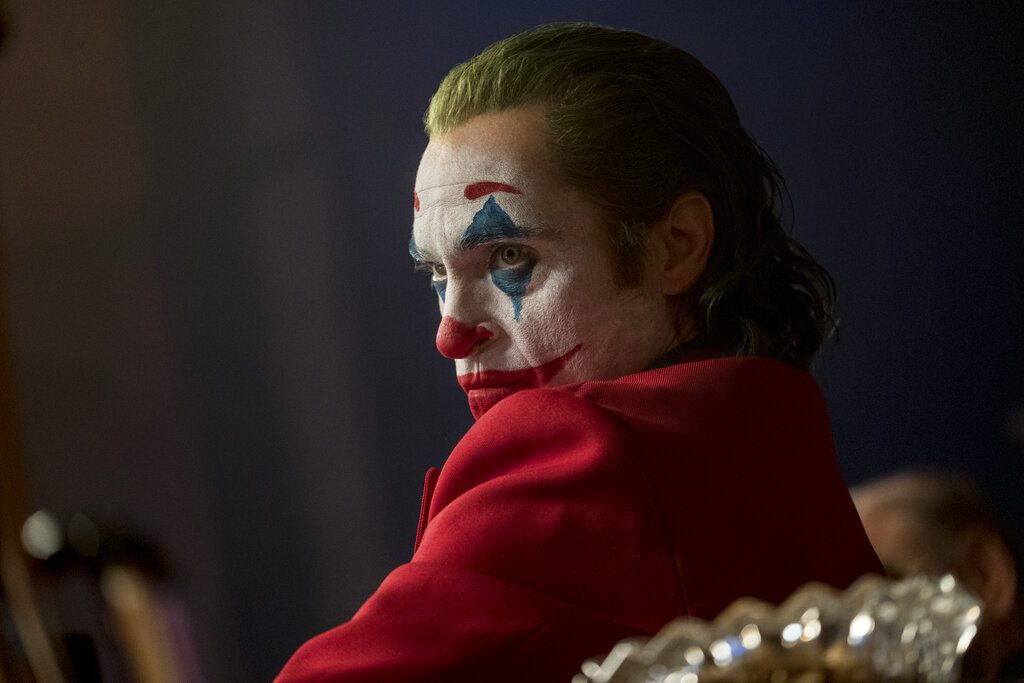 As disturbing as it is grounded, “Joker” gets serious as it tackles the birth of DC Comics’ iconic villain. Yet director Todd Phillips’ decidedly dark take on the origin story of Batman’s nemesis is anything but a traditional comic book movie, pushing the boundaries of the genre into new territory.

Whereas Christopher Nolan’s the Dark Knight Trilogy focused on the character development of Bruce Wayne/Batman, Phillips’ “Joker” is a psychological drama about the Clown Prince of Crime, featuring an award-worthy performance from Joaquin Phoenix. The modern masterpiece takes on the stigma of mental illness, questions about human decency and the widening class divide as the unflinching film opens a window into today’s society.

Each actor who has played the Joker on the big screen has brought a different side to the challenging role. In 1989’s “Batman,” Jack Nicholson’s maniacal clown relished the thrill of the kill while cracking jokes. Heath Ledger’s Academy Award-winning portrayal in 2008’s “The Dark Knight” depicted the Joker as an agent of chaos, a twisted mind who knew how to push Batman’s buttons. Jared Leto’s buffoonish gangster in 2016’s “Suicide Squad” left a lot to be desired.

And now Phoenix’s menacing portrayal stands alongside Nicholson’s and Ledger’s. With a chilling intensity, Phoenix plays Arthur Fleck – a struggling comedian living with mental illness – as a lonely outcast from society during Gotham City in the 1980s. Phoenix taps into the character’s vulnerability as Arthur is beaten down by life, both figuratively and literally.

When a series of crushing events push Arthur to the brink, the audience is witness to the notorious villain’s fall – or in this case, rise. Under Phoenix’s command, Arthur’s growing frustration gives way to an increasingly violent resolve and lack of remorse as he transforms into the titular Joker. It’s an excellent performance that should put Phoenix in the awards conversation for best actor.

With its gritty aesthetic, “Joker” feels jarringly realistic. The design of Gotham City is drab, cold and unwelcoming, a concrete jungle where beatings occur in the streets and social injustices are committed everyday. Neon lights seep into rooms, reminding viewers of the story’s comic book origins. The film grows more colorful as its protagonist finds himself, adding red, yellow and green to his wardrobe.

Told through the lens of an unreliable narrator, “Joker” is seen entirely from Arthur’s point of view. As he navigates his mental illness, Arthur desperately seeks companionship. Arthur’s only human connections are his sick mother, Penny (France Conroy), whom he takes care of; Sophie (Zazie Beetz), a young mother whom Arthur is interested in romantically; and Murray Franklin (Robert De Niro), the talk show host whose series he tunes into nightly. But in the outside world, Arthur is slighted by his co-workers, beaten by thugs and mocked by subway passengers. He feels the effects of cuts to social services and the disinterest from his own counselors.

As a result, “Joker” constantly keeps its audience on edge while also feeling sympathy for its main character. The film wants us to root for Arthur while also acknowledging that maybe we shouldn’t. For Arthur, the killings are personal. He justifies his action as punishment for being mistreated. Inspiring music plays after Arthur commits his crimes, as the character grows more confident. Throughout the film, Phoenix’s stature changes as Arthur’s shoulders perk up, he walks straighter and performs an almost balletic dance as the character comes into his own. Phoenix brings an unnerving physicality to the role.

But the film doesn’t glorify the Joker’s violent means. Each one of Arthur’s kills is quick and brutal. The bloody violence is filmed matter-of-factly so as not to romanticize his actions. Arthur rattles off observations that makes sense – “If it was me dying on the sidewalk you’d walk right over me,” he says – but his measures are extreme. There’s enough commentary included from other characters criticizing Arthur’s methods to prevent audiences from fully getting on board with his thinking. The dilemma comes to a horrifying crescendo in the final act, as Arthur’s transformation into the notorious villain becomes complete.

“Joker” exists as a standalone outside the established DC Extended Universe. But the film effectively ties into other Batman movies and canon in surprising ways. Similar to “The Dark Knight Rises,” the film takes on the 1 Percent, using the Joker as a figurehead for the working class’ discontent with the rich and the growing income disparity. The protest scenes act as a mirror to today’s demonstrations.

As the film serves as a showcase for Phoenix, the characters surrounding Arthur are rather two-dimensional. But that doesn’t take away from the strength of the supporting cast’s performances. De Niro is fantastic as the egocentric talk show host, bringing gravitas to the role. Conroy gives an understated but nuanced performance as Arthur’s mother, who’s hiding some secrets of her own. Beetz shows support as Arthur’s girlfriend in a memorable role.

Under its clown makeup and painted-on smile, “Joker” is an art film about a mentally ill man who happens to be a comic book character. The film walks a fine line in judging its protagonist-turned-antagonist, but it’s a better film for it. The thought-provoking film elevates the comic book genre to another level.