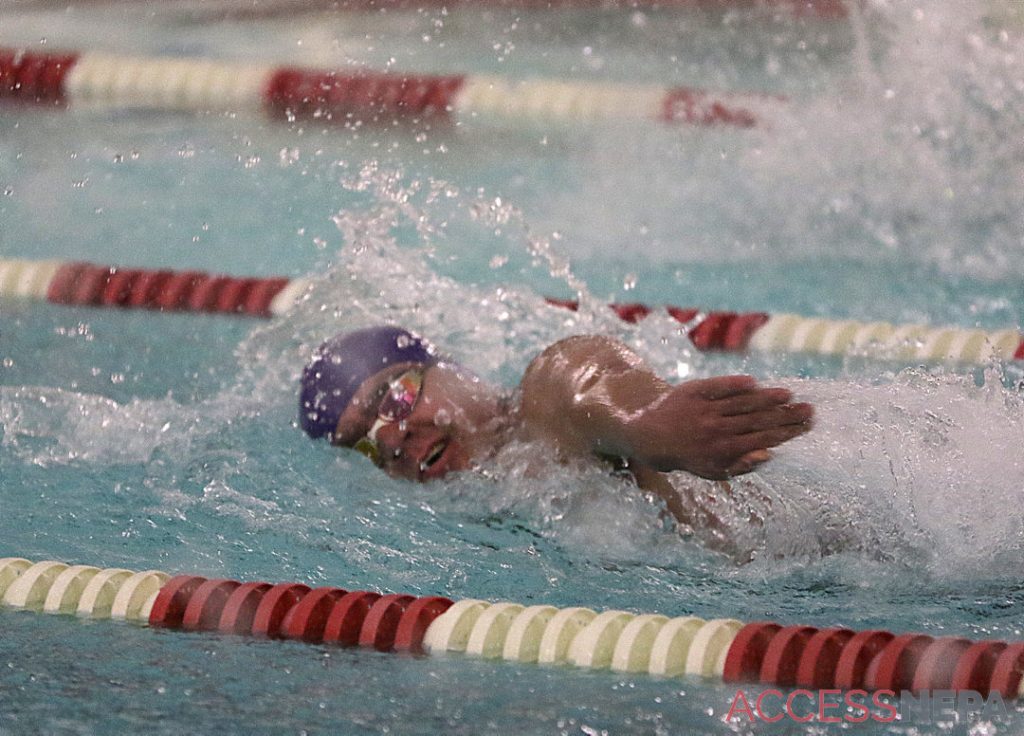 Scranton Prep’s Galko happy to be back in the pool

Benjamin Galko found himself uncertain about his athletic future in the most uncertain time in his life.

Coming off a team state championship in golf during a fall season threatened by the coronavirus pandemic, the Scranton Prep junior debated if he’d jump right into the pool for the Cavaliers. Galko started swimming at 6 years old at the Greater Scranton YMCA, but thought long and hard about the dangers of COVID-19 and struggled with a slight loss of interest in the sport.

After some time away, he couldn’t fight the urge to return.

Now, Galko is contributing to a strong team that is looking to challenge Delaware Valley in the Lackawanna League and have a rewarding postseason.

“It’s hard to say exactly why I was thinking about not swimming,” Galko, 17, said. “COVID made me nervous. But, I also lost interest in it for a while. I ended up missing it a lot more than I expected. I did golf and it was fun and I really needed something else to do. I get to be with my friends a little more now, so that is really good.”

As a member of the Cavaliers swimming team, Galko made a steady rise among the top athletes in the league and the district.

In his freshman season, he teamed with Harrison Oven, Joey Cholish and Nathan Thayer to win the 200-yard medley relay at the District 2 Class 2A Championships and qualify for the PIAA meet. He also added a fifth-place medal as part of the 200 free relay, and placed seventh in the 100 freestyle and eighth in the 100 butterfly.

“Winning districts in the 200 medley relay and going to states was really a great moment for me,” Galko said.

In his sophomore season, Galko finished fifth in the 100 fly with a time of 58.52 seconds to reach the medal stand and also grabbed a bronze in the 400 free relay with Thayer, Cholish and Ethan Haggerty.

“Swimming is fun and everybody on our team at Scranton Prep was great from my freshman year to now,” Galko said. “We all care about each other and support each other. We all want to see each other get better and push each other to practice harder.”

This past fall, Galko helped Scranton Prep’s golf team make history. Matt Tressler, Michael Sewack, Michael Lynch, Thomas Lynch and Galko became the first team from the Lackawanna League to win a state championship and the group did so in record fashion with a total score of 300 at Heritage Hills Resort.

Then, after taking some time to clear his head, Galko returned to swimming.

He felt a bit behind mentally and, more importantly, physically.

“After about 200 yards, I was breathing heavily and I was very tired,” Galko said. “As I started, I thought it would be a bit easier. I feel better each day. Every time I get into the pool, I feel like I am getting stronger and quicker.”

That is the case.

“I want to win every time I get into the pool,” Galko said. “It doesn’t have to be a race. Even at practice, I want to be first. When you get on that block, it’s calming, then you have the nerves in your stomach to not mess up, and you dive and go as fast as you can and never stop.

“I am happy with how I have started. Obviously, I missed a couple of weeks with practice, so sometimes I feel just finishing is an accomplishment just because I am behind a little.”

His late start notwithstanding, Galko is focused on what is ahead.

He is enjoying the sport again, and treasuring each practice and meet, while also maintaining his goals of once again reaching the medal stand at the district championships.

“Now my goals are to go under 1 minute in the 100 fly and hopefully get medals if there is a district meet at the end of the season,” Galko said. “The fact that our school is letting us swim is really great and I really appreciate the opportunities.
“Every time we are in the pool it is a blessing.”