This week ON THE BLOG, we begin by examining the week in the Lackawanna League, first, because of the battles between the three teams that coaches felt would be battling it out for the championship this fall.

On Monday night, Blue Ridge visited Western Wayne. Before we get too deep into the action, which was fast and furious, let us remind fans that girls volleyball is one of those rare sports situations where there are so few programs sponsoring the sport, which is a shame because it really doesn’t cost much financially, that there are no classification recognition during the regular season. What does that mean? Well, there aren’t three divisions in the league for starters. Blue Ridge, a Class 1A program with a female enrollment of 94 takes on Western Wayne, a Class 3A program with a female enrollment of 240, for the championship. And nobody blinks an eye. Nobody stands on their head and cries foul. Amazingly, there are no special rules in these matchups, either. Both teams still play six against six. They can’t hit the ball more than three times on a side. They still get one point for a kill or ace. It’s incredible. How can this be?

And Blue Ridge competes with the very best, year-in and year-out.

That all being said, both teams put on quite a show. Yes, Western Wayne won in three games, but the points were hotly contested, were long and intense, and the excitement and energy in the Western Wayne gymnasium were high.

Flatly stating, it was a lot of fun.

When it ended, Western Wayne looked imposing. The team is sharp in its execution, and with the veteran leadership, while threatened at times, continually thwarted all challenges from Blue Ridge. 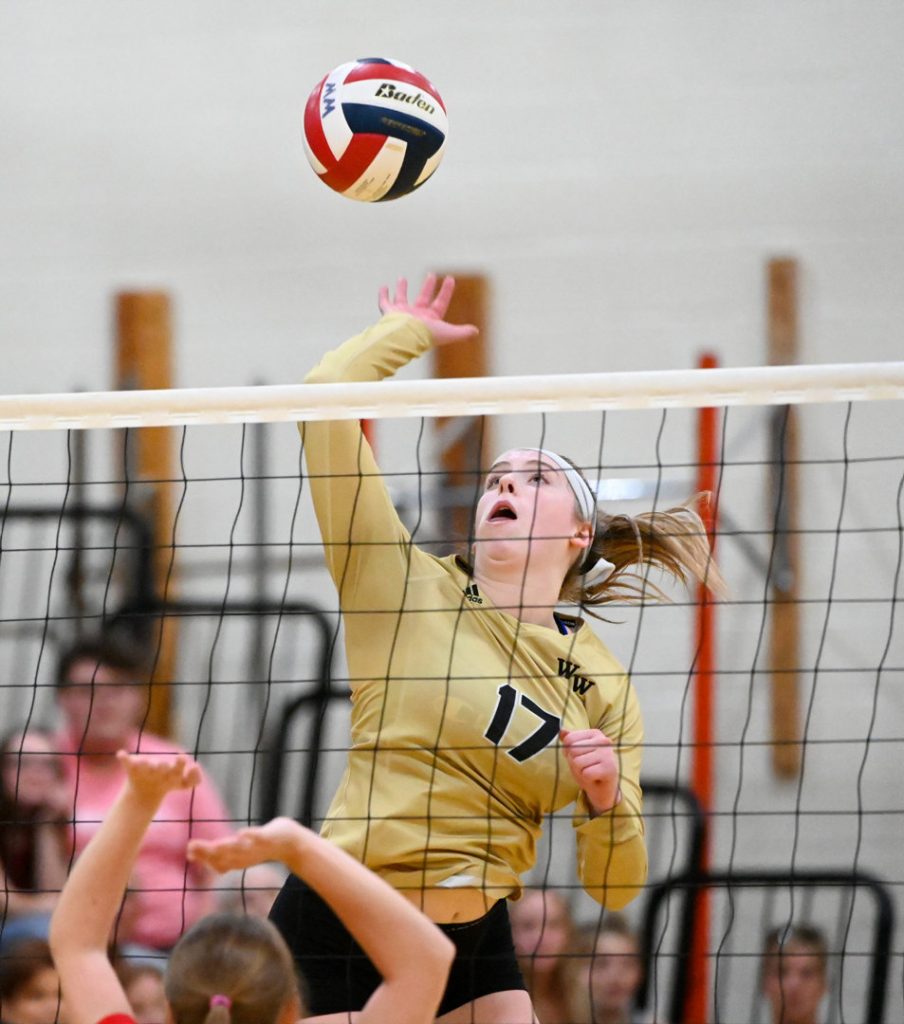 Western Wayne’s Rebecca Klemovitch winds up for a kill during a match against Blue Ridge.
JESSE CAREY / CONTRIBUTING PHOTOGRAPHER

S. CANAAN TWP. — Rebecca Klemovitch and Sydney Krompasky showed why they are considered two of the best girls volleyball players in the Lackawanna League.
Western Wayne’s one-two combination dominated in the first of two much anticipated matches against Blue Ridge.
Their combined efforts provided the spark for the preseason favorite to roll to a 3-0 (25-22, 25-20, 25-15) win Monday in a battle between undefeated teams at Western Wayne High School.

“I am so happy with this win,” Klemovitch said. “We practiced so hard for this match because we knew they were a very good team. We crushed it tonight and I am so happy to see the rest of our season and where it goes.
“We are going to keep pushing and working hard to get better.”
Energized by a raucous crowd that filled the bleachers on the one side of the gym, Klemovitch and Krompasky were at their best when the Lady ’Cats (6-0) needed them during some tense points.
The 5-foot-10 Klemovitch, a returning All-Region middle hitter, showed off her powerful right arm that produced 19 kills. She also had 22 serving points, which included three aces. 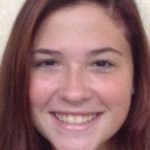 Krompasky, who is also a returning All-Region outside hitter, had 14 serving points and nine kills. She came up with nine of her serving points in Game 2, which included a 4-1 burst that gave the Lady ’Cats a 20-17 lead that kick-started a late run in a 25-20 win.
“I really just concentrate on getting my serves in,” Krompasky said. “As the more get in, I try to increase the power and then I work to find the holes between everyone.”
Western Wayne used a pair of aces from Klemovitch and a kill by Krompasky as part of a surge that allowed it to pull away from a 17-15 score in the first game and build a 24-18 advantage.
Sabrina Swoyer halted a 4-0 run by Blue Ridge senior Alyssa Sherwood that closed the deficit to 24-22, and secured the win, 25-22.
Klemovitch, who had three kills, and Krompasky, who had an ace, teamed to build a 5-0 lead in the second game.
But, Blue Ridge (5-1) kept battling back.
Breanna Post ran off three points that gave the Lady Raiders a 10-8 lead, however, Western Wayne’s Trina Barcarola ignited a 4-1 burst that swung the momentum.
Leading, 22-20, Klemovitch finished the game with a pair of aces and Barcarola had the final kill.
“It’s just this team playing as a whole team,” Klemovitch said. “When the passes are there, the sets are there, the swings are there. This is what we work for. It’s just a team oriented effort. It’s a six-person win.”
In the deciding game, Krompasky had three kills and an ace as Western Wayne established a 13-8 lead and rolled from there. Klemovitch had five kills during a 6-1 run that made it 19-9 and on Kaeli Romanowski’s serve, Krompasky had a pair of kills in the last three points.
Barcarola finished with nine digs and three kills and Romanowski had 26 assists.
“We were definitely on our A-game,” Krompasky said. “Blue Ridge is a very good team. I think that what we got around the blocks and got our serves in and got a good win.”
Makenzie Cook had eight kills and five digs, Post finished with 10 points and six digs, and Sherwood had eight points and five digs for Blue Ridge.

Posted by Joby Fawcett, The Times-Tribune on Monday, September 16, 2019

With one Lackawanna League match remaining in the first half of the schedule, Western Wayne handled all three matches against the leading contenders.

To its credit, Blue Ridge, which had to play Abington Heights, Western Wayne and Dunmore all on the road, didn’t waste any time bouncing back from its first loss of the season.

Thursday night at Dunmore, where the Lady Raiders have struggled through the years, Blue Ridge posted an impressive 3-0 win to firmly establish itself as the No. 2 team in the Lackawanna League.

The rivalry between Blue Ridge and Dunmore has been intense over the last few seasons. The Lady Raiders have really been the only program with any sustained success against the Lady Bucks, who have dominated the league since joining in 2007.

During those impressive regular season runs by the Lady Bucks, Blue Ridge earned league championships in 2007 and 2016. And in the head-to-head matches, Blue Ridge has now earned five wins overall and three wins in the series since 2016, accounting for five of the Lady Bucks’ 13 losses in the league.

In the second half of the season, Blue Ridge will have the opportunity to play all three top contenders at home in the rematches, which could give the Lady Raiders a big advantage.

Abington Heights certainly made waves in the first half of the season with its win over Dunmore. The Lady Comets find themselves in the thick of the championship pursuit along with Western Wayne, Blue Ridge and  Dunmore.

This season, Adele Hollander has been one of the leaders and one of the outstanding players in the Lackawanna League. 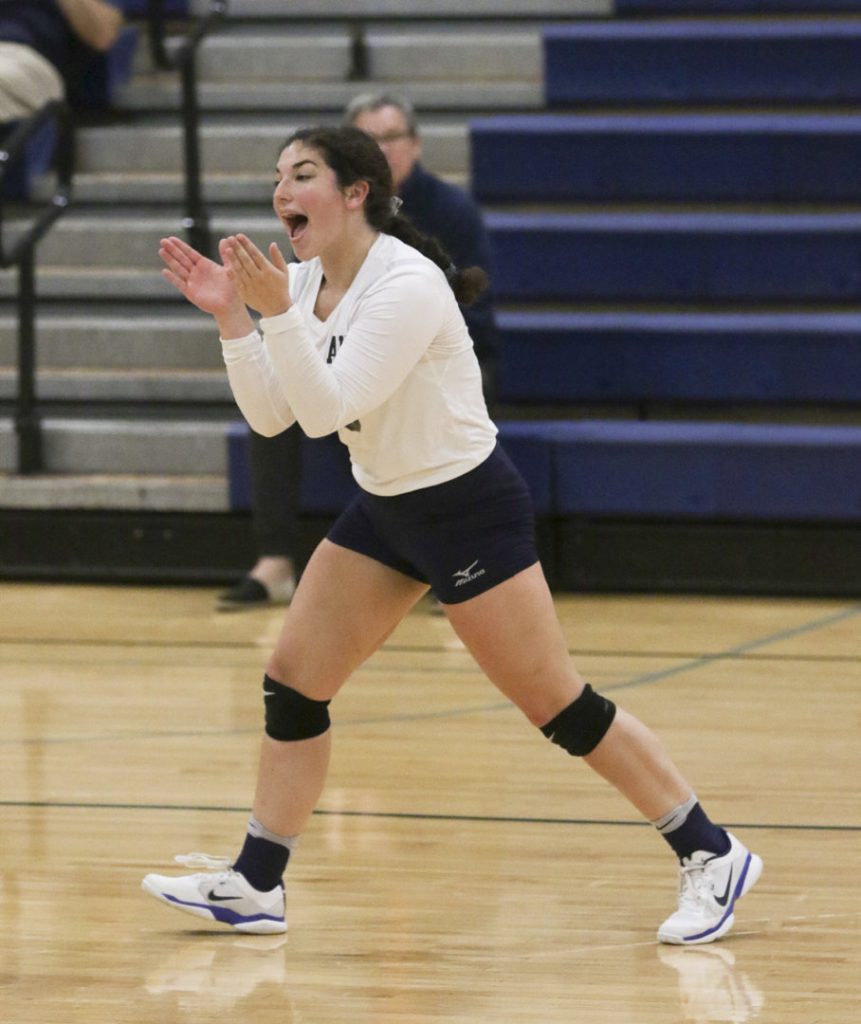 CLICK THE LINK TO READ ABOUT ABINGTON HEIGHTS’ ADELE HOLLANDER 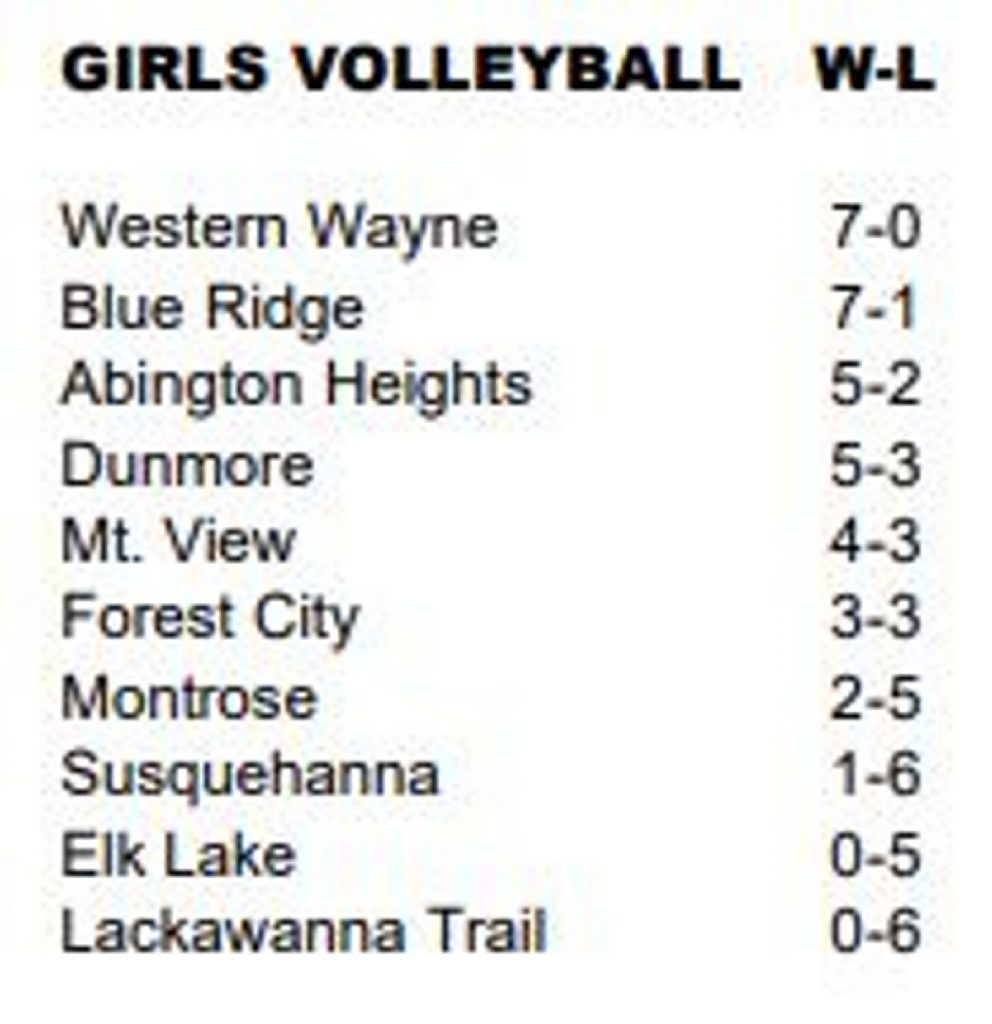 There was a slight development in the WVC this week as Delaware Valley suffered its first loss of the season. 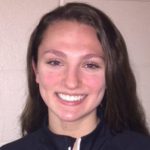 The Lady Warriors lost to Nanticoke, 3-1, however, Emily Anderson still had a terrific match, spiking 17 kills. Brooke Acoveno added 11 kills and Kelly Volvaka had 36 assists in the match.

This season, Delaware Valley has still been impressive. Anderson has 68 kills and Acoveno has 30 kills. Volvaka has 140 assists.

It is still looking like Delaware Valley is the overwhelming favorite to repeat as District 2 Class 4A champion. The Lady Warriors have already defeated Hazleton Area and Wilkes-Barre Area by scores of 3-0. Their next matchup against a Class 4A opponent is Sept. 25 against Wyoming Valley West. 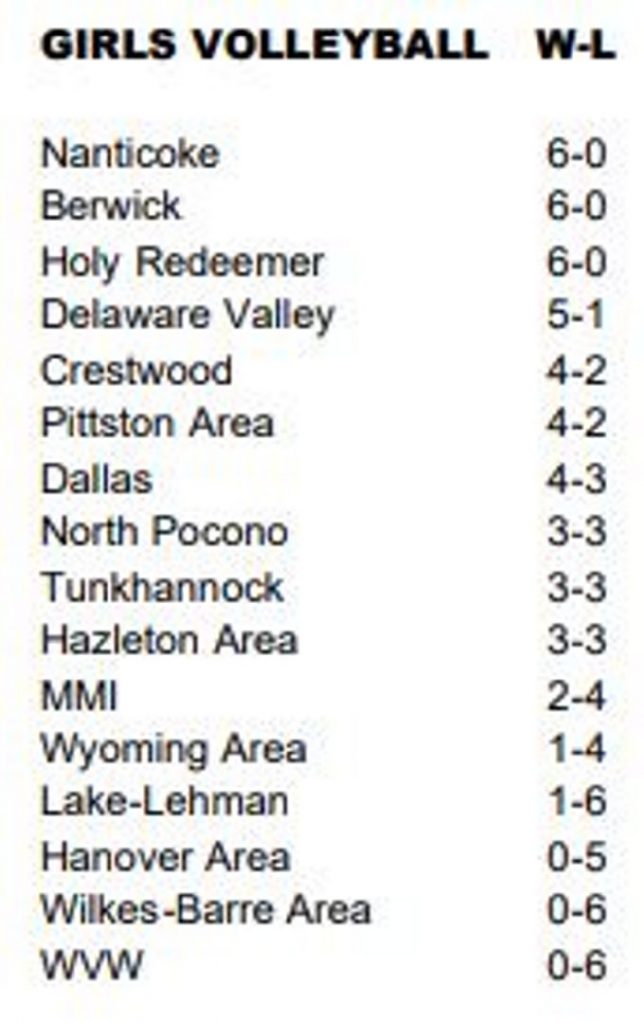 Despite the loss by Delaware Valley against a formidable WVC opponent, the Lady Warriors remain at No. 1 in the poll. That’s because Western Wayne, while unbeaten in the Lackawanna League, does have a nonconference loss to Berwick, which, like Nanticoke is undefeated in the WVC. We will get a really good idea who is No. 1 when Western Wayne takes on Delaware Valley on Oct. 7. 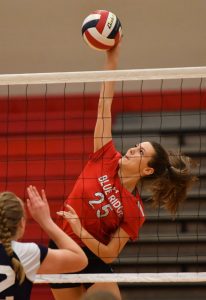