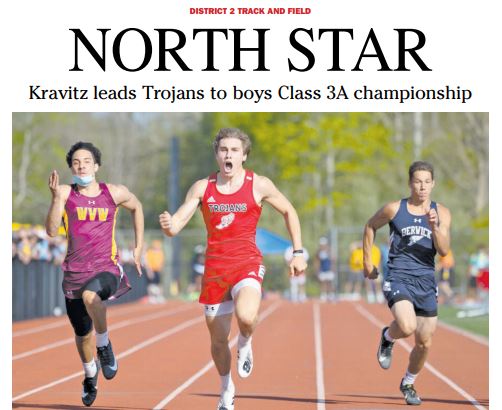 Colin Kravitz put together an impressive performance by sweeping the three sprint events at the District 2 Class 3A Championship Meet at his home track Tuesday afternoon and evening.

The truly remarkable stat from the effort isn’t even his impressive times, but the fact that he is in his sophomore season after missing out on a full year of track because of the COVID-19 pandemic.

He only recently started running the 100-meter dash, because normally he is part of a dominant 3,200 relay for the Trojans. Interestingly, his best event could be the 800.

His dominance stirred up discussion from the Lackawanna Track Conference coaching fraternity. North Pocono coach Jason Sepkowski texted to ask when the last time anyone swept the sprints at a district meet.

So, quickly, we put the Way Back Machine to work. 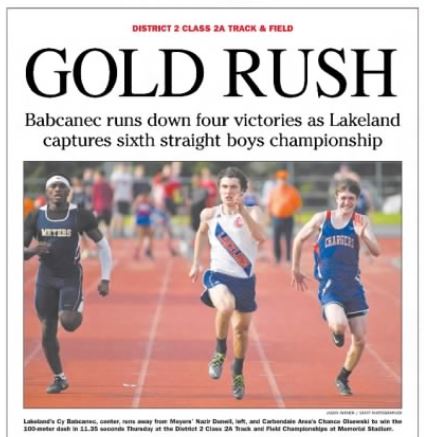 What is interesting there is, after a continued Look Back, he became the third athlete from Lakeland to pull off that 4-gold achievement in those events.

This may have been the greatest night for sprinters in Lackawanna Track Conference history. 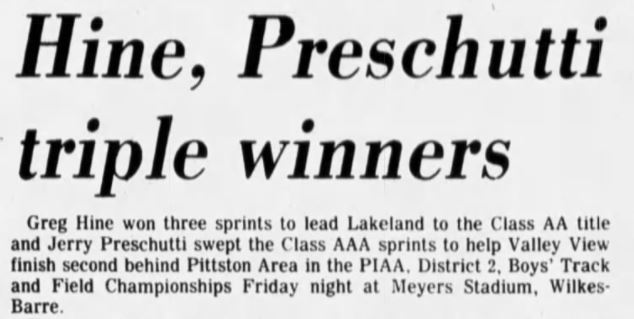 Both sprinters were juniors in 1985. Their achievements came on the same night at Wilkes-Barre Memorial Stadium when the boys championship meets were held on the same day. 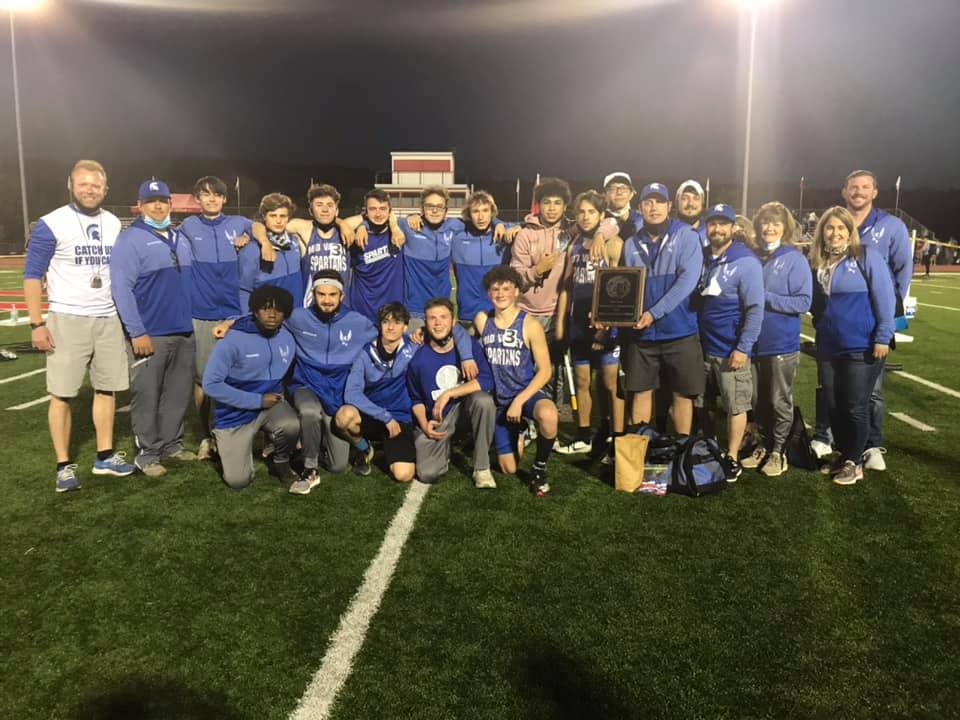 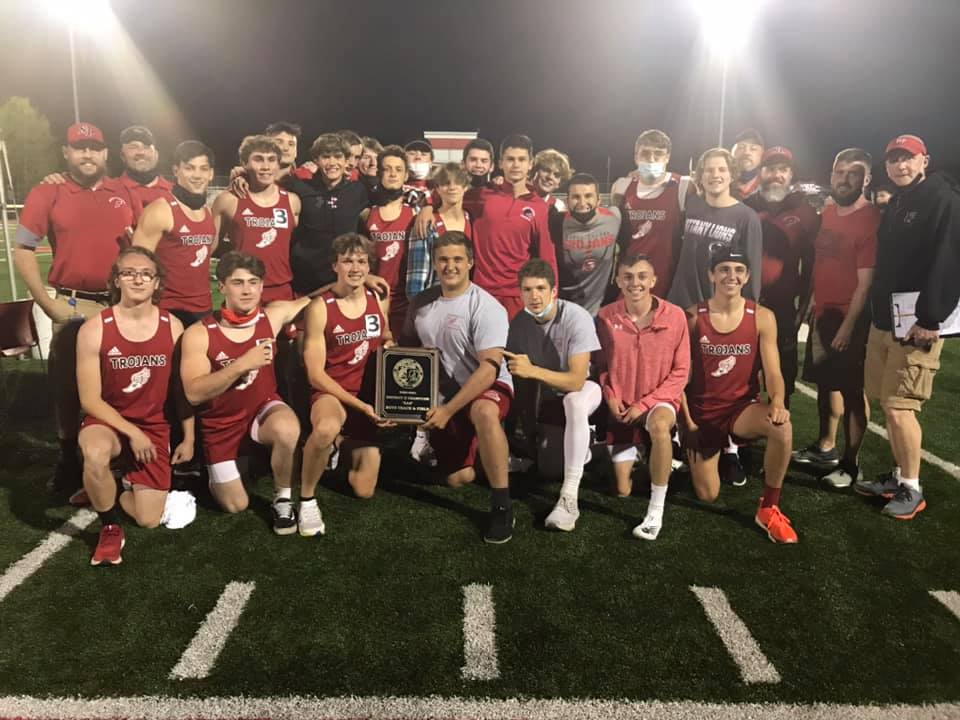 Because there was an unusual event where there were still regular-season meets to complete the week before the District 2 Championships, ON THE BLOG held off on the final regular-season rankings.

However, here they are: