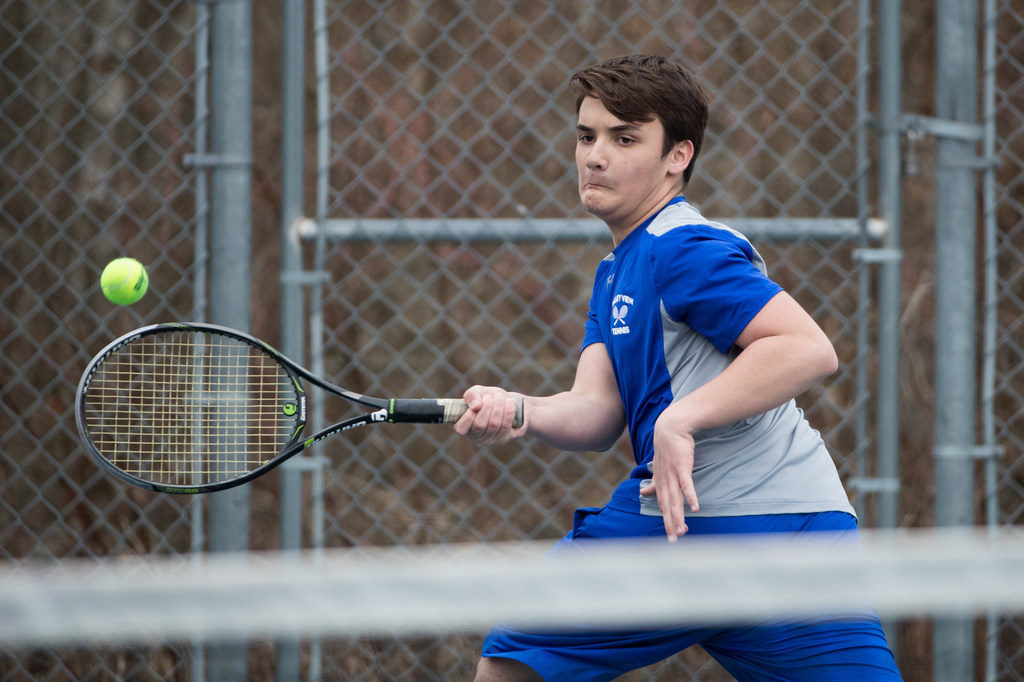 It is Wednesday, and after a Week 2 where the weather made it feel more like December instead of April, the high school tennis season had a very competitive match that further strengthens the belief that this season, there is parity among the top teams.

Sam Weiss won at No. 3 singles and Abington Heights swept the doubles matches to earn a 3-2 victory over Holy Cross in a Lackawanna League boys tennis match Thursday.
Logan Gregory and Joey Lennon had singles wins for Holy Cross.

After Monday’s results, which included Scranton defeating West Scranton, 5-0, it sets up today’s showdown between No. 1 Abington Heights and No. 3 Scranton at Scranton High School.

And a big clash that will give a good indication of the top Class 2A teams when Holy Cross visits Scranton Prep today.

Scranton Prep is giving a challenge for that No. 1 spot in the poll. Valley View climbed one spot to No. 4 and has a very important match today against Delaware Valley, which is the defending league champion and is knocking on the door of the Top 5 poll. Also, keep in mind, Valley View has NO home matches this season because of the condition of the courts at the high school facility.

Holy Cross’ Logan Gregory won one of the top head-to-head singles matches of the season when he defeated Abington Heights’ Rory Harris. Both players are ranked in The Times-Tribune Top 5 Poll and were Lackawanna League all-stars last season.

Western Wayne’s Lenny Maiocco, the reigning Times-Tribune Player of the Year, defeated Valley View’s Carlo Possanza, who is also a returning Lackawanna League all-star and is ranked in the Top 5, 6-2, 6-1.