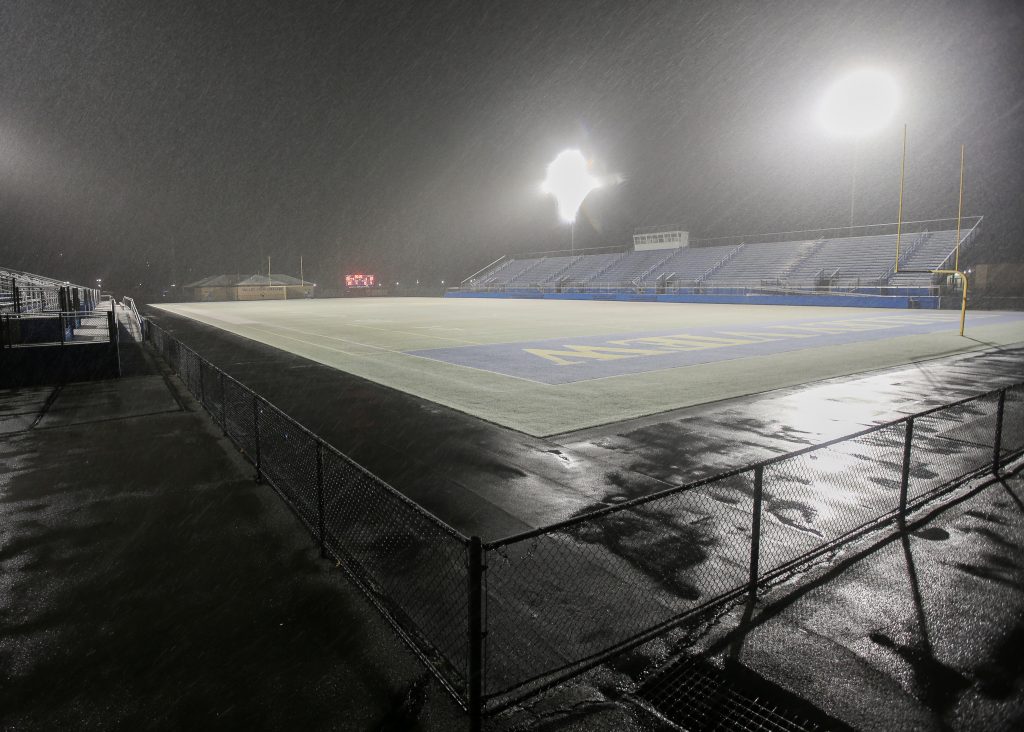 HS SPORTS: Lights On for the Class of 2020, first responders and frontline workers — Support and Thank you!

He reached out to members schools in the LIAA to see who would be winning to take part in a Lights On effort, similar to the one initiated in Texas and scheduled for District 11 of the PIAA.

The response overwhelmed him.

All 24 schools jumped at the chance.

Here is the story that appeared in The Times-Tribune:

Inspired by neighboring districts saluting their spring sports athletes and essential workers on the front line in the battle against the coronavirus, schools in the Lackawanna Interscholastic Athletic Association are offering their support.
On Friday from 7-9 p.m., stadium lights will be turned on at many locations, including Scranton Memorial Stadium where West Scranton athletic director Rick Bresser is going to flip the switch to honor students who had their school year cut short, and nurses, doctors and first responders.
On Tuesday, schools from the Schuylkill League, the Eastern Pennsylvania Conference and the Colonial League announced they will turn on their stadium lights Friday as a reference to Friday Night Lights, following the idea that started in Texas.
“My wife, Heather, saw this on social media and we thought it would be a great idea to participate,” said Bresser, whose son, Ryan, is a senior and headed to Marquette in the fall. “For me, this situation is a triple hit. I have my students in my class, the athletes in the school who are devastated and my son, who is a senior and an athlete. They are missing all of the things that make a senior year special and it’s all around not been great.
“I understand the argument, there are a lot more important things that sports, but for these kids this is an end of a chapter in their lives and it is important to them.”
Schools that responded to a text message from Bresser on Wednesday night confirming their participation include, Abington Heights, Blue Ridge, Carbondale Area, Delaware Valley, Dunmore, Elk Lake, Holy Cross, Honesdale, Lackawanna Trail, Lakeland, Mid Valley, Montrose, Mountain View, North Pocono, Old Forge, Riverside, Scranton, Scranton Prep, Susquehanna, Valley View, Wallenpaupack, West Scranton and Western Wayne.
Forest City, which is among several participating schools without stadium lighting, will instead post the year 2020 on its basketball scoreboard inside the gymnasium.
“These students are missing out on a major part of their lives, so anything we can do to give them a sense of them knowing they are being thought of, I want to do it,” Bresser said.
On April 9, Gov. Wolf extended school closings through the end of the year and the PIAA followed (the guidelines and canceled the end of winters sports and the entire spring sports season.

Then, ON THE BLOG requested that ADs send in photos from their schools. And believe me when I tell you, we couldn’t be more appreciative. Each school, and Tunkhannock from the WVC, peppered us with their sights. Admittedly it looked strange with all of the snow for April 17. Still, it shows the dedication and commitment of every school to honor those who cannot enjoy their final months as students or athletes, and showed great respect to those who are fighting the coronavirus COVID-19 and those working on the front line.

The schools displayed the graduating class of 2020 on the board, and had a 4th down and 19 — to show that COVID 19 is going to be conquered.

Again — to all those who continue to helps us through these difficult times. … We salute you all!

HS SPORTS: Lights On for Class of 2020, first responders and frontline workers

Posted by Joby Fawcett, The Times-Tribune on Saturday, April 18, 2020