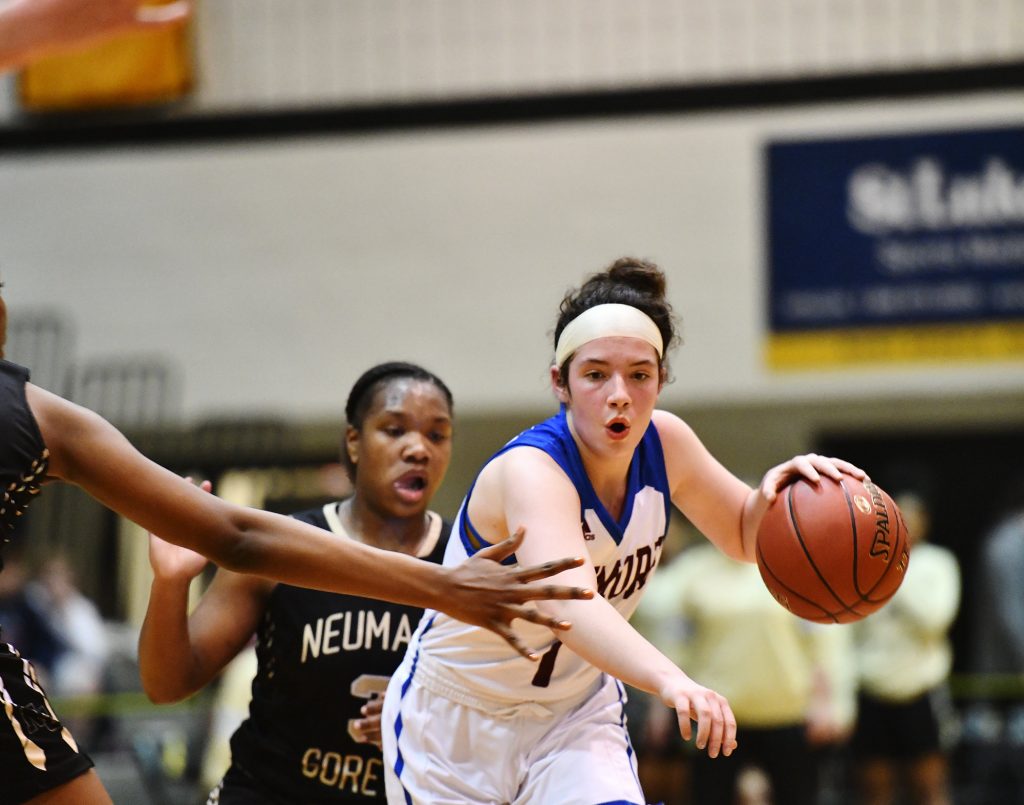 The Dunmore sophomore guard handled the ball, scored 33 points on 10 of 15 shooting, had 5 rebounds, 3 assists and a block in a 65-51 win over Neumann-Goretti in the second round of the PIAA Class 3A playoffs. Here’s more from Murray’s Athlete of the Week interview:

Did you think you’d be this successful (26-1) this year? After the loss to Delone Catholic (in the state final), the first practice at conditioning, we’re like, we’re a young team, we might not make it this year but we will have everyone back next year. But now, since we’ve been playing so well, we definitely think we can go there.

You work so well together. Can you talk about that? We’ve all been playing with each other since Biddy. We just make eye contact. Like me and Ciera (Toomey), I know where she’s going to go or she knows where I’m going to go.

Was this game your biggest thrill in sports? I think last year against Neumann-Goretti was probably the one. We wanted to beat them this year, but knew they had a different team.

Other sports you play. Softball. I’ve been playing my whole life. Last year, AAU basketball was kind of in the way.

Are you excited for this season? Yes. Going right from basketball season to AAU is hard. It’s tiring. Going into softball gives me a break. It’s very important. In college, coaches like two-sport athletes. You use different muscles in the body.

Athletes you admire? Steph Curry. I just like the way he plays, the way he shoots. I always wanted to shoot like him, dribble like him. He’s just a great player.

So that’s the most famous athlete you’ve met? I have pictures with him, four balls signed by him.

Give me a skill away from sports that you’d like to master. Probably doing a cartwheel. I can’t do a cartwheel.

As athletic as you are… yeah, I can’t do a cartwheel. I just fall over.

Talk about how close-knit your team is. We’re like a big family. Not only on the court but outside, we’re always hanging out, at someone’s house, we have team dinners. We’re really close.

What’s the goofiest thing you’ve done together as a group? Probably our Christmas Eve practice. We dress up to practice. Last year, I wore Christmas leggings under my shorts. That was a bad choice because it was really hot.

Who’s been your biggest influence in your sports career? My dad. He’s always been there for me. Takes me to all my practices, my games, my AAU tournaments.

Who’s your funniest teammate? Nora Haggerty. Oh yeah. Me and her in practice, we always fool around. She can’t be put on certain people. She and Elisa (Delfino) can’t be together. She can’t guard me because we’ll be out talking. Definitely Nora.

What is the one dish served in your house that you can’t live without? My dad’s steak and cheese hoagies. The meat, the raw onions.

Three people you would like to have dinner with. Steph Curry, Aaron Judge and my chiropractor Stephen Brown.

It’s really early to consider this, but when you go to college, what do you think you’d like to pursue? I’m thinking about something in sports medicine but it’s really early yet.