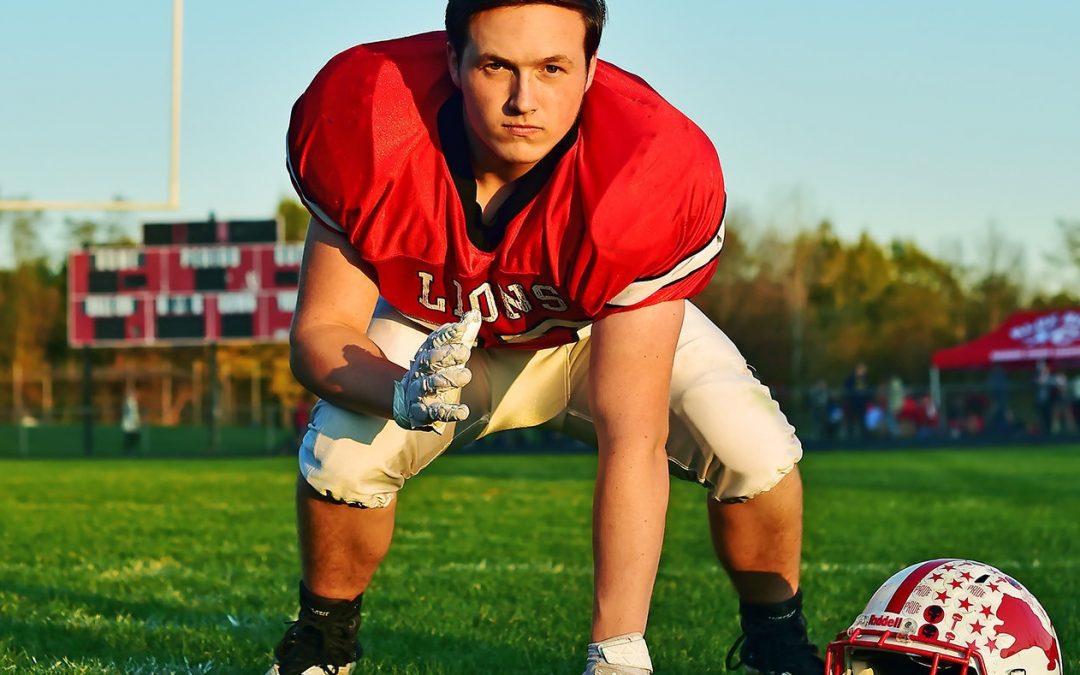 Unfortunately, it wasn’t enough as Lackawanna Trail lost, 11-7, to fall one game short of a return trip to Hershey and the state championship game.

Here is more from Dunckle’s Athlete of the Week interview:

Other sports I play: Thrower in track & field

Athletes I admire: Aaron Donald (of the L.A. Rams), because he’s just a beast on the defensive side. (Colts offensive lineman) Quenton Nelson also for the same reason. For as big as he is (6-foot-5), the way he moves as he does.

Superstitions and rituals: I always wore the same undershirt for every single game this year and last year. And whenever we walk out from the locker room to the field I always stand on the left side next to my friend Josh Semken.

What was the gameplan going in against Bishop Guilfoyle? We knew they had a strong defense and a strong run game. So we knew we were going to have to stay to our rules on offense, be very disciplined and expect penetration from their defensive line. We had certain runs that we were going to use to help against that. Then on defense, we knew we had to stop their run.

Bishop Guilfoyle had 113 yards rushing on 33 carries, but 52 of that total came on one run in the third quarter. What happened on that play? The only reason that run happened was we didn’t stick to our assignments. When you become undisciplined, big plays like that happen. The defense stiffened, though, and held them to a field goal right after that run: When they got down there, we knew we had to stop them and keep them out of the end zone. We knew they were going to run the ball at us. Knowing that, sticking to our assignments and controlling the gaps, we were able to stop them to fourth down and force them to kick the field goal.

You also play on the offensive line. Down, 11-7, what was it like on the final drive, moving down the field in the two-minute drill trying for the winning score? Getting one last opportunity, we knew we couldn’t waste it. Everybody was all in and going all out. When we started moving the ball down the field, it just kept flowing and we kept their defense on their heels for a little bit. We got to their 7-yard line, but then we had a penalty and things didn’t end up going our way at the end.

Was this playoff run a little unexpected because you lost three times during the regular season? For a lot of people it was unexpected. That was to be expected with some of the losses we had. But I believed in our potential. I felt once our younger kids finally got the experience, our potential was limitless.

How did the defense grow and mature during the season? At the beginning of the year, our defense wasn’t very disciplined. We’d always be giving up big plays. As the year went on, we became more disciplined. Everybody knew what to do and it was functioning the exact way it was supposed to function. That’s because the newer kids finally understood what they had to do in order for it to work.

What has it been like being a part of the team’s two state playoff runs the past two seasons? The last two seasons have just been awesome for me to be a part of that. Being part of Trail’s two best seasons ever and starting both ways. Just being able to go through the district championship games each year and beating Old Forge, our biggest rival. Especially this year, going down to their field and beating them there. It was just an emotional rollercoaster for me. Being able to go as far as we did, last year making it to Hershey and this year going to the semifinals, I loved every second of it.

Post-graduation plans: I don’t know yet if I’m going to play football in college and I don’t know where I’m going yet. As far as what I want to do, I either want to major in physics or chemical engineering. My top three schools I’m looking at are Stevens Institute of Technology, Villanova and Bucknell.