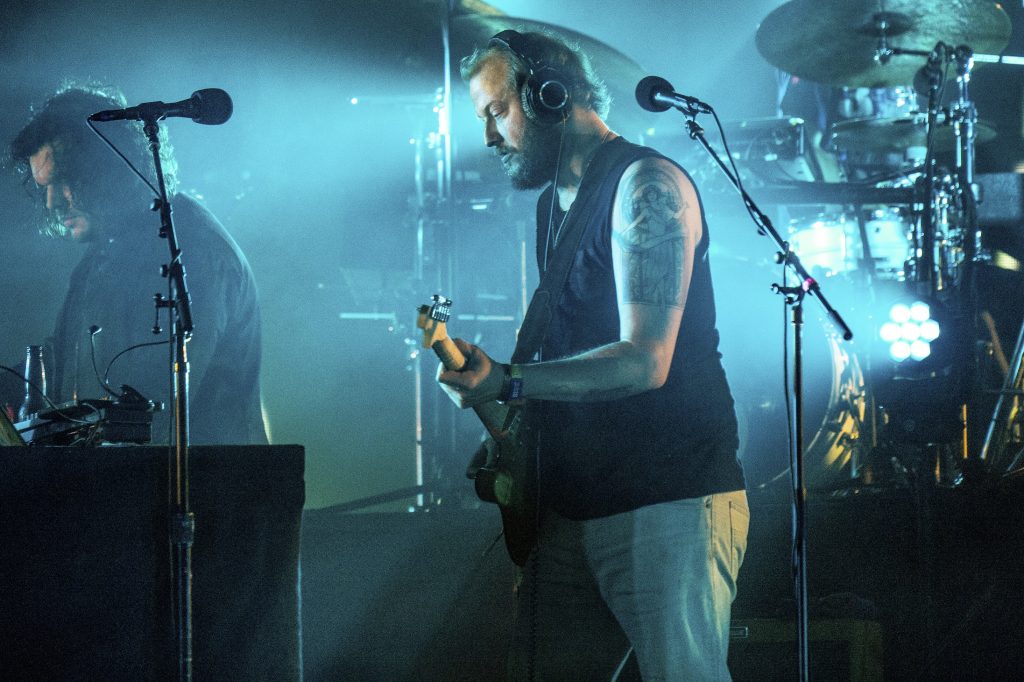 THE GOOD: American folk/rock outfit Bon Iver continues to morph and develop on its fourth.

THE BAD: Some tracks come off as unfinished or scattershot while trying to make a first impression. You have to plow through “I, I” a couple of times before things start falling into place.

THE NITTY GRITTY: The band has said that if you look back across its first four albums, each one represents a season. “I, I” wraps up a year-long cycle as a more mature “autumn” record.

The end result feels like a near-perfect melding of nature and technology. Plus tracks like “Hey, Ma” and “Salem” contain some of the most compelling melodies this band has ever given us.

THE GOOD: Super Furry Animals frontman (still not 100% sure if that’s done) Gruff Rhys comes back with his sixth solo outing.

THE BAD: “Pang” leaves you wanting more. Nine songs in just under 30 minutes is too quick.

THE NITTY GRITTY: “Pang” truly is a global record. Produced by South African electronic artist Muzi, the album finds Rhys singing in his native Welsh throughout the entire collection. Plus the sound itself is more intimate than the bombastic orchestrations of 2018’s biting political outing “Babelsberg.”

“Pang” also contains not-so-subtle politics, but if you don’t speak Welsh (most of us don’t), simply focus on the tunes. Tracks like “Digidigol” and “Ara Deg” are immediately fetching, built with snappy horn arrangements, African beats and sparkling pop melodies. Strip away the horns, occasional string flourishes and shifting beats, and you’re left with what is essentially a modern folk album. Rhys was always comfortable in this setting, and “Pang” certainly shows off the man’s capabilities.

Belle and Sebastian — ‘Days of the Bagnold Summer’

THE BAD: “Days of the Bangold Summer” is a lesser B&S record because it’s NOT a stand-alone project. Like 2002’s “Storytelling,” “Days” is a movie soundtrack. So we get a mixed bag of older forgotten tracks, new tunes and instrumental pieces. None of it is bad. It’s simply not as well constructed as the group’s proper records.

THE NITTY GRITTY: However, long-time fans of Stuart Murdoch’s crew who have been getting frustrated lately with the band’s foray into synthetic dance tracks or jazz experiments will appreciate this much-welcome return to form. Tracks like “Did the Day Go Just Like You Wanted” and “Sister Buddha” are classic B&S — lighter at times, driven at others, but always draped in an infectious sort of melancholy. And when the band launches into a lively re-recording of fan favorite “Get Me Away from Here I’m Dying,” we’re reminded why we’ve loved them for decades.