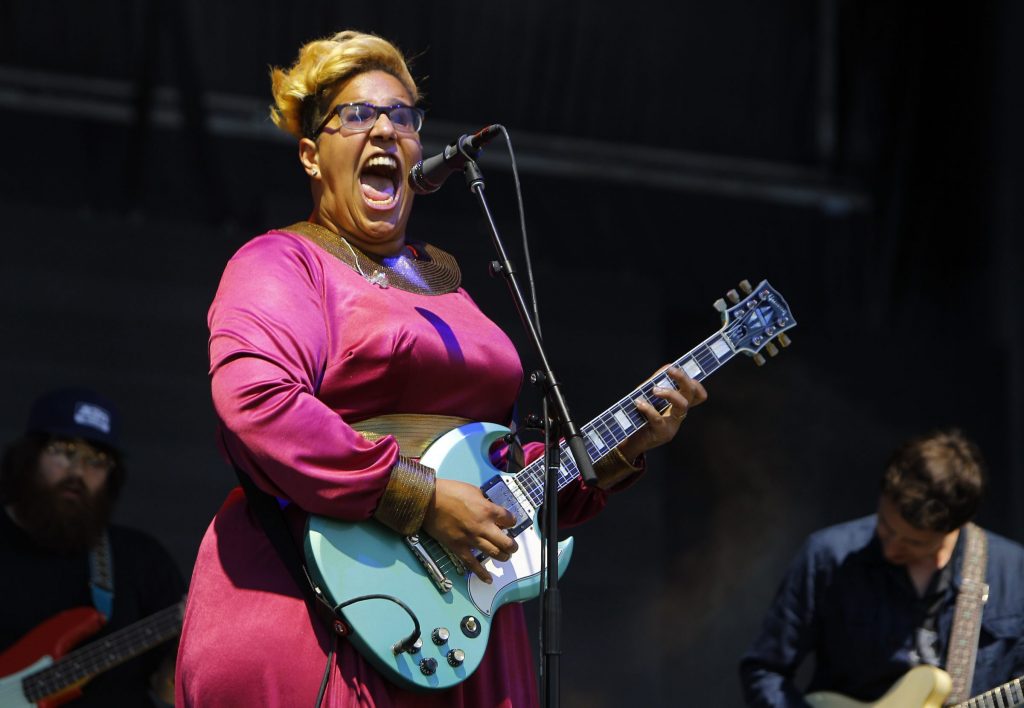 Grab latest from the Dollyrots, Tegan and Sara plus Brittany Howard’s solo debut

THE GOOD: Florida pop/punk band the Dollyrots cranks out its ninth.

THE NITTY GRITTY: Everyone has a favorite candy bar. I am a Milky Way guy, loving all that ooey, gooey nougat and caramel wrapped in milk chocolate. So many empty calories. Soooo good.
The Dollyrots are my musical Milky Way bar. No politics, deep lyrical messages or complex structures — just basic riffs, big melodies and songs about goofy love affairs and partying. So many empty calories. Soooo good.

Led by the husband-and-wife team of Kelly Ogden (lead vocals, bass) and Luis Cabezas (guitars, backing vocals), the Dollyrots has churned out its delicious ear candy since 2004 and rarely disappoints. “Daydream Explosion” is simply its latest collection of infectious party anthems and tunes of unrequited love. It’s loud, direct and danceable. Call the album shallow, but that’s precisely how we LIKE the Dollyrots. So if the bash is at YOUR house this weekend, make sure the band’s invited.

THE BAD: Absolutely nothing.

THE NITTY GRITTY: After putting the Shakes on hold (the band’s NOT finished yet), Howard went on a journey of self-reflection as her 30th birthday rapidly approached. She looked back on her childhood, adolescence and young adulthood — basically everything that happened before her band became a modern rock phenomenon.

Named after her sister who succumbed to cancer at the age of 13, “Jaime” is a stark and experimental personal journal. The album brings in elements of soul, R&B, electronic noise, the blues, ballads and genuine southern flavors. It’s a real mixed bag that goes far beyond the Alabama Shakes formula. Lyrically, Howard touches upon love, loss, hope, politics and memories both joyful and sad.

There’s an awful lot of raw emotion packed into the album’s 35 minutes. “Jaime” demands your attention and surprises at every turn. And Howard further proves she’s one of the most talented women making music right now.

THE GOOD: Canadian indie pop duo Tegan and Sara revisits the past on its ninth.

THE BAD: “Hey” continues the highly polished trajectory in which the twins have worked since the beginning of the decade. Losing their edge? Perhaps for some.

THE NITTY GRITTY: However, the new record is a rather compelling combination of the past and present. The pair found a bunch of demo cassettes recorded while they were still in high school, their earliest stabs at songwriting. Making sure each song’s original essence remained intact, T&S rerecorded a dozen, and this new collection is the end result.

And there is a certain exuberance, and in some cases genuine youthful pain, permeating many of these tracks. “Hey” ends up something to which the duo’s younger, more pop-oriented fans can directly relate. At the same time, longtime followers get a peek at what was there, ready to break out, before the two ever made a proper record.