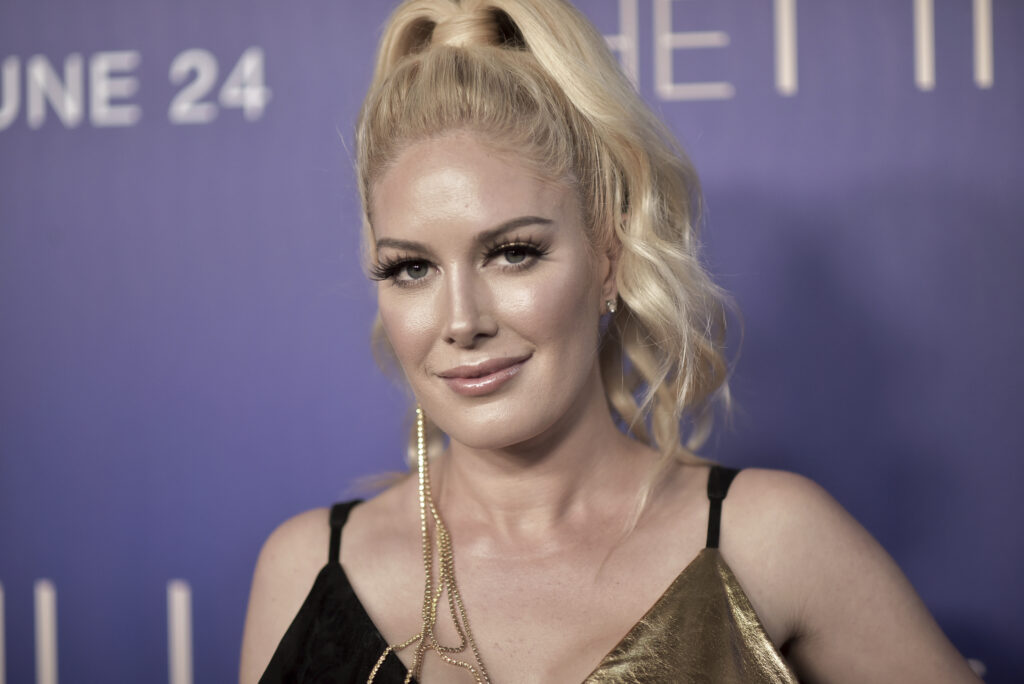 ‘The Hills’ helped invent the social media influencer. Now what?

On a balmy weeknight inside the nightspot formerly known as Les Deux — the reality TV landmark frequently featured in “The Hills” — Spencer Pratt is tending to his fidgety toddler.

It’s a trip for die-hards of MTV’s über-popular 2006-10 docu-soap. Because if these walls could talk, they’d tell you about the time Lauren Conrad, suspicious her former friend Heidi Montag played a part in spreading a sex tape rumor about her, proclaimed, “You know what you did!” Or the time Pratt, then courting Montag (now his wife), showed up to her birthday party with Audrina Patridge to make her jealous.

“It’s different priorities than back then,” Pratt, 35, says above the booming music as Montag makes her way over after posing for a photo. “I’m thinking about how we have to get home and give him a bath.”

Pratt and Montag, along with their fellow original cast members — Patridge, Whitney Port, Brody Jenner, Stephanie Pratt, Frankie Delgado, Justin Brescia (aka “Justin Bobby”) and Jason Wahler — were at their old Hollywood hangout (which has since been replaced with a new venue, Liaison) to celebrate the launch of “The Hills: New Beginnings,” a sequel to the reality hit, which debuted Monday on MTV. 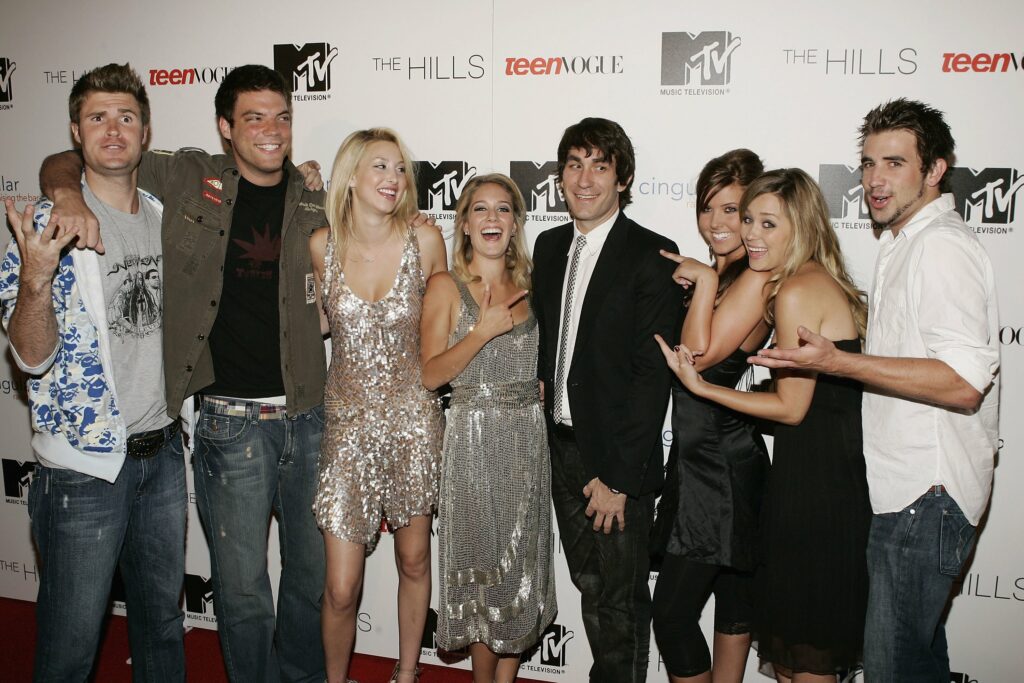 Into a new phase

A lot has changed in the nine years since “The Hills” went off the air.

Its protagonists are now in their 30s and have had kids, gotten married (and divorced), and launched businesses.

Not only have they evolved, but so has the culture. Reality TV is now littered with glossy programs built on the same enviable aesthetic and drama-rich story lines — in fact, cast members of Bravo’s “Vanderpump Rules” were at the premiere filming for their series. And with the advent of social media, anyone and everyone, including the Hollywood elite, has become a reality star.

All of which raises the question: Is nostalgia enough to make the show’s return successful — particularly in the absence of its central star, Lauren Conrad — when it’s become a relic of the culture it helped ignite?

“Lauren Conrad paved the way [for] today’s influencers,” Delgado, regarded as the genial friend of the series, says during a recent sit-down at MTV’s offices in Hollywood. “She’s the girl that had everyone wanting to dress like her and move to L.A. to have her life. And at the time, we didn’t know what influencing was, but we were doing it.”

At its height, “The Hills” — a spinoff of high school-centric “Laguna Beach” — and the desirable lifestyles of the show’s cast made fans take note. Every restaurant and nightclub that appeared on screen — Ketchup, Hyde, Area, Don Antonio’s and, yes, Les Deux — became a road map for viewers wanting to emulate the exploits of the cast. Fans wanted Conrad’s winged eyeliner look or the chance to not turn down a trip to Paris while interning at Teen Vogue.

Even when the show ended, its stars leveraged their popularity via their social media profiles, drumming up consumer interest in their own businesses — fashion lines; a healing crystal collection — or for other companies while sharing curated parts of their lives. Last year, Pratt was named Snapchatter of the Year.

“It was all about, ‘How do I utilize this exposure?’” Port says. “We were able to parlay our careers on TV and still keep an audience when it was over. … Social media really saved the game for me.”

Brooke Erin Duffy, an assistant professor in the department of communication at Cornell University, notes there are a number of conventions associated with today’s influencer culture that can be traced to traditional media, including the women’s magazine industry.

“But what I think was somewhat different with ‘The Hills,’ and reality TV more broadly, is it had this projection of authenticity that many of us assumed was manufactured, but it still was presented to us as though it was real,” says Duffy, whose research looks at the intersection of media, culture and technology. “The show purports to give us a glimpse of the castmates’ real lives, just as influencers seem to show us glimpses into their daily routines and their lifestyles.”

Indeed, the series’ most underappreciated through-line may be its mirror effect. From “Laguna Beach” to “The Hills” and now “New Beginnings,” the franchise has reflected the distinctly millennial experience of learning how to navigate one’s adolescence, young adulthood and beyond through two personas: the private and the public.

It’s hard to say how the show holds up in an era when the distinction between traditional reality TV and the reality programming of social media is increasingly blurry. MTV did not make preview screeners available to the media ahead of the show’s premiere.

“I think because we’re not producing it ourselves, there’s no curation,” says Port, who still documents bits of her life for fans on her YouTube channel. “It’s a version of our lives together within our group, you know? The moments are real, and the things we say are real, and the feelings we have toward each other are real. The cameras aren’t filming us 24/7, so they’re not getting every single aspect of our lives.”

“Everything is heavier and more serious now,” Patridge adds. “It’s, like, adult-identity issues. We’re very vulnerable and open about a lot of things … it feels a little bit more like soul searching. There’s obviously conflict within families and the group, but I think a lot of us are dealing with old demons and trying to better ourselves and show people who we really are.”

Viewers will notice some key differences this time around, starting with two new cast members: Mischa Barton, who starred in Fox’s teen soap “The O.C.” (the series that inspired “Laguna Beach,” where viewers first met Lauren Conrad), and Brandon Lee, the son of Tommy Lee and Pamela Anderson.

“We truly wanted a new beginning,” says Nina L. Diaz, president of programming for MTV, VH1 and Logo. “We weren’t looking to exactly duplicate the previous version. We knew we wanted a combination of the OGs, if you will, and some new surprises. Why wouldn’t we [bring it back]? The excitement has always been there.”

Unlike the observational style of the original, the new version, now produced by Evolution Media, will cut to traditional interviews with the cast.

“I was like, ‘Just give me lines,’ you know?” says Pratt, the show’s resident villain, who was accustomed to the semi-scripted quality of the original series, in which reality was carefully crafted by a team of producers, a fact acknowledged in the series finale. “And they’re like, ‘No, we follow the truth here.’ … I want everything to be the best, and the most entertaining. So that was an adjustment for me to be like, ‘Wait, we’re not playing make-believe anymore?’”

For Pratt, who was widely vilified for his attention-seeking ways, it has been vindicating to see how the culture has shifted, with reality TV taking on a new form through the rise of social media.

“So many A-list celebrities that used to mock us for calling the paparazzi on ourselves or whatever, yet they’re, like, posting moments in their lives all the time,” Pratt says. “I’m like, ‘Oh, who’s the fame whores now? It’s like, ‘Oh, you don’t like reality TV? Well, then delete your accounts, because you’re basically doing the same thing. Everyone is.’”