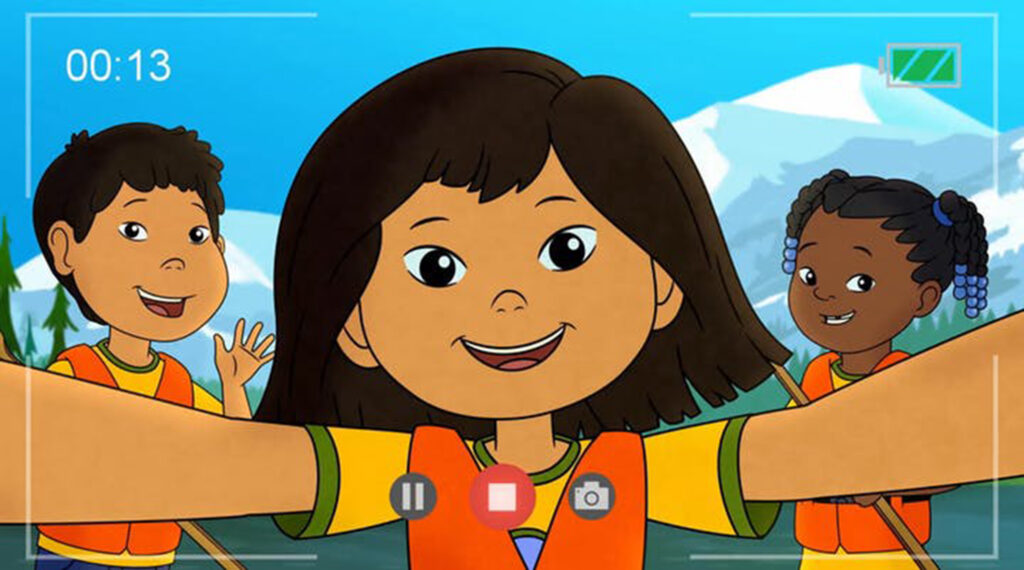 Children’s television has made heroes out of a bookish aardvark, a singing dinosaur and pizza-munching turtles. It’s about time a Native American girl got a shot.

“Molly of Denali,” new this week on PBS, breaks new ground with its casting, furthering the case that, when it comes to diversity, kids’ programming leads the way.

“Dora the Explorer,” which Nickelodeon premiered in 2000, cleared a path for more Latino representation on the airwaves. Disney’s “Doc McStuffins,” wrapping up its fifth and final season, triggered more than $500 million in merchandise sales in 2013 — a record for a toy line based on a black character, according to the New York Times. TPT’s “Hero Elementary,” a science series due to premiere in 2020, will pay just as much attention to diversity as it does to brainpower.

But Molly Mabray is the first star of an animated children’s show to be a proud, contributing member of a Native American tribe, sharing her adventures from her Alaska home with young viewers across the country.

“We’re going to see Molly and her friends doing everything from dogsledding to working in her garden to traveling with her mom, who is a bush pilot who can’t land the plane because there’s a moose in the runway,” said Lesli Rotenberg, PBS’ chief programming executive for children’s media and education.

“We’re highlighting important values, like knowing who you are, accepting what life brings and honoring your elders. While these values are specific to the Alaskan Native community, they’re also universal.”

Tradition with a twist

Kids from all backgrounds can relate to Molly’s obsessions with the internet, sports, animals and music.

But there’s almost always a twist.

The 10-year-old uses the computer to monitor a bald eagle watching over her eggs. She may shoot baskets, but she’d rather be competing in a birch-canoe race.

She’s determined to heal her grandpa’s emotional wounds after she learns that he lost his love of music after the boarding school he was forced to attend as a child forbade him from playing his people’s songs.

She bonds with an intimidating aunt after the two of them come up with a new tribal name for her. No lemonade stand for Molly; instead, she answers phones at the family’s trading post.

Johnson, a 13-year Hollywood veteran who grew up in Alaska, is uniquely qualified to lead the series.

Her younger brother, Evon Peter, was the youngest chief in Arctic Village, Alaska. She also has two children at home who are members of the show’s target audience.

“Every once in a while when I’m looking at clips for the show,” Johnson said, “my 8-year-old will come along and say something like, ‘Mom, that’s our Native food.’ Or there will be a scene where Molly is cutting with an ulu (an all-purpose knife) and he’s like, ‘You have one of those!’

“I live for those moments. We get to see ourselves represented in this beautiful, positive light, and we are informing what our image looks like.”

But not all the characters have Native roots. Trini, a black youngster, has recently moved north after her military father was transferred. In many ways, she represents viewers who might think all Alaskans live in igloos.

“We’ve got an episode in which Trini has this idea planted in her head from a friend in Texas that polar bears are everywhere and she’s terrified to go outside,” said series co-creator Dorothea Gillim. “Molly and her friend Tooey want to help Trini feel more at home, so they look at old westerns and get stereotypical ideas of what it means to be Texan. We’re really kind of exploring and trying to sort of debunk stereotypes of all types.”

Lorne Cardinal, who plays Grandpa Nat, said there’s still a perception among his fellow Native Americans they can’t be featured in a positive light on TV — let alone aspire to be in show business themselves.

“When I do Q&As after a theater performance, we have Native people in the audience who say, ‘Oh, I didn’t know we were allowed to do that,’?” said Cardinal, best known for his role as Sgt. Davis Quinton on the Canadian sitcom “Corner Gas.”

“We’re still having to fight for the idea that we can do anything we want. We still have to do the hard work. There are no free passes. But by us doing this show, there’s a step for kids to go, ‘Oh, I can do that, too.’?”