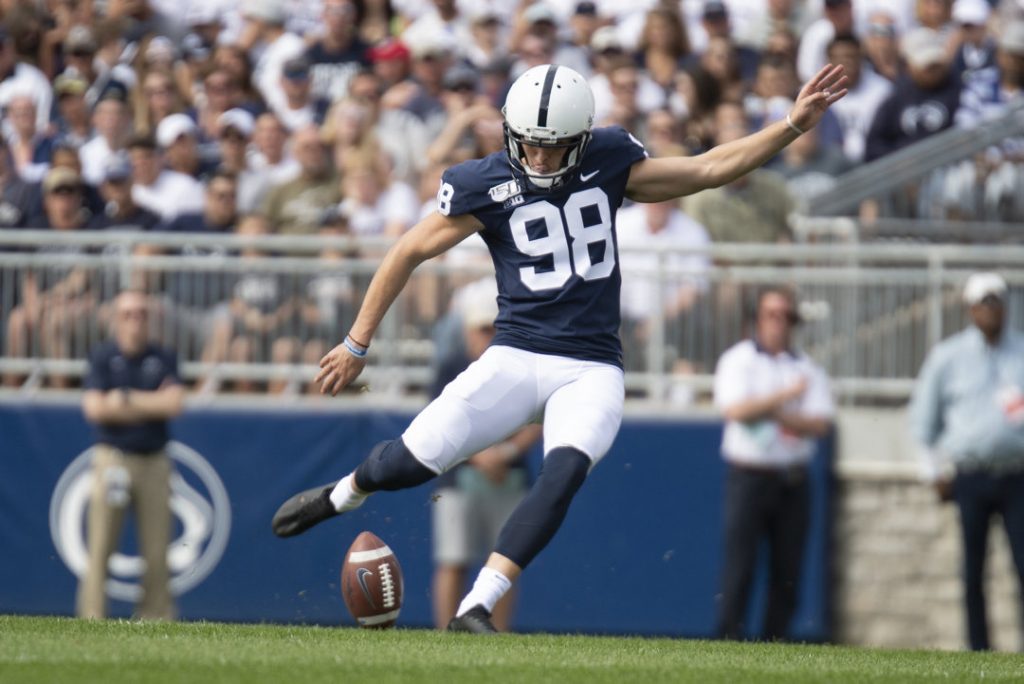 The Penn State special teams: Many happy returns due in 2020?

Over the next week leading into Penn State’s season opener at Indiana on Oct. 24, we’ll take a look at the biggest storyline at each position. Today, we look at the special teams. 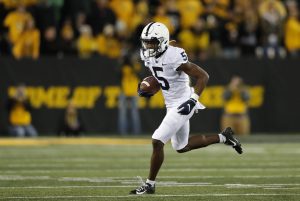 Jahan Dotson looks for an opening during a game at Iowa last season. (AP Photo/Matthew Putney)

When Joe Lorig gets a knock at his office door these days, there’s a good chance it’s someone politicking for a job.

That’s especially so in 2020, when there are two pretty prime opportunities ripe for the picking on Penn State’s return teams.

With the dynamic KJ Hamler off to the Denver Broncos, the Nittany Lions’ second-year special teams coordinator figured he’d have many more eager volunteers to fill Hamler’s role as kickoff- and punt returner this season than he does experienced volunteers. And, that might be the case. But while he knows the next Hamler might not be knocking, Lorig is no less content with the players from which he’ll ultimately choose.

“We’ve got a bunch of guys that I’m really excited about,” Lorig said.

They aren’t names necessarily associated with the return game, mind you. At least, not at the college level.

But both of the Nittany Lions’ starting safeties — Lamont Wade and Jaquan Brisker — asked to be considered on punt returns, and Lorig said Wade has looked “special” and Brisker “effective” in practice. Crafty freshman receiver Parker Washington was also mentioned to be in the hunt.

Still, the player Lorig admits he’s most confident in at punt returner might be the most experienced of the group: Receiver Jahan Dotson, who had a 30-yard return last season against Maryland.

Lorig said he is focused on the running back corps for help replacing Hamler on kick returns. Starter Journey Brown might get the first look, but Lorig will certainly be tempted by the power of Noah Cain and the speed of sophomore Devyn Ford and true freshman Caziah Holmes.

Perhaps none add Hamler’s natural combination of speed and elusiveness to the return game, but Lorig boldly predicted this group might be able to make more of an impact in the field position battle than Hamler was able to in 2019.

After all, teams game-planned against Hamler — Lorig, a former special teams coordinator at Memphis, insisted the Tigers were instructed to punt the ball away from Hamler at all costs in the Cotton Bowl — and the result often enough was a tradeoff opponents were willing to accept: A bad punt that gave Penn State better field position, but which didn’t give Hamler a chance to take the ball to the house.

“People just didn’t kick and punt to us, and when they did, the punters were oftentimes scared,” Lorig said. “KJ is phenomenal, but I actually expect better production out of those units (this season), because I think people won’t know as much about our guys. So at least early on, until we prove we are what I think we can be, I think people will will kick and punt to us without as much fear. That may open up some more possibilities for better play in the return game.” 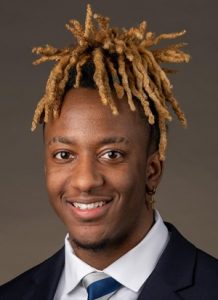 Simply going off what Lorig said during his press conference at Penn State’s virtual media days, it’s going to be difficult to pick a true newcomer that certainly will compete on special teams. He’s taking a measured approach to plugging holes on his coverage and return units this year due to the pandemic and lack of practice time that came along with it for most of the year, clearly advocating for players who have been through the process before.

But, if there is one, the safe money is probably on Caziah Holmes.

A true freshman running back from Florida, Holmes was a fairly dynamic return man in high school, as you’d expect given his blinding speed. And when it comes to finding kickoff return men, special teams coordinators do tend to fixate on running backs at the outset.

While the talk is going to center on Journey Brown getting that job, it’s fair to wonder whether it would be better to limit the wear and tear on a star running back’s body in a year when nothing has been quite normal training-wise. If there’s any concern at all with Brown in that role, Holmes would certain be a player to watch as a replacement.

Penn State had just three returns of more than 30 yards last season. KJ Hamler had five in 2018 alone, and that season, the Nittany Lions had eight such returns on special teams. 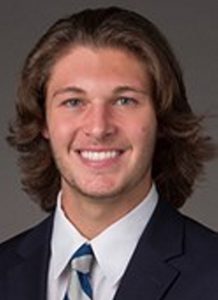 There are, frankly, a lot of assumptions being made that Jordan Stout will be a fine punter.

Maybe they’re good assumptions, considering we’ve seen how strong a leg he has courtesy of his work on kickoffs and long field goals last season. And hey, he did average 47 yards per punt in high school. But compared strictly to Blake Gillikin, who probably goes down as a top-10 punter in Penn State history at worst after his run as a four-year starter, Stout-the-punter is a relative unknown.

Last season, Penn State’s coverage units were among the best in the nation in their first season under Lorig, and they could be again this year. But Gillikin played a huge role in that, and Stout will have to show he’s more than just a powerful leg once he has the job full time, because the finer points that Gillikin mastered do matter.