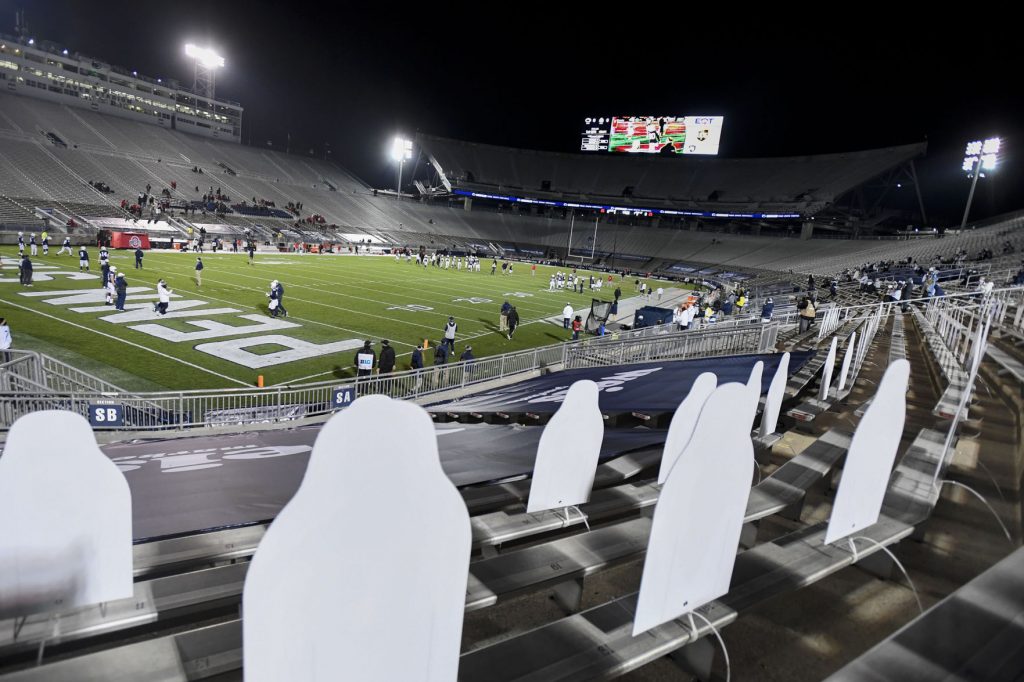 At the end of the night, Penn State was 0-2. Its dream of winning the Big Ten East is pretty much over. They’re looking at a furious push to the finish just to get a game against the second-place team from the West Division during Champions Week now. But…

1.) They did show some good things against Ohio State. 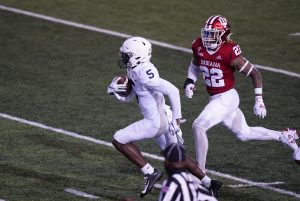 Penn State’s Jahan Dotson is off to a fast start in 2020. ASSOCIATED PRESS PHOTO

Just for the record, I’m not going to go nuts here and say “Yippee! Penn State outscored Ohio State 25-24 over the last 53:39 of the game!” I just don’t think that’s all that big a deal, really. When you grab the game of the year by the throat three plays in, and you have a 14-0 lead before the buffalo chicken dip is served, you can play the game how you want to play it. Ohio State never ran away and hid, for sure. But when the closest a team gets to you the entire night is eight points, you’ve dominated that game. Penn State never got the combination of offensive plays and series of stops on defense that put a whole lot of pressure on the Buckeyes.

That said, if you’re looking at this game strictly as a building block for the rest of the season, Penn State did some things that fans should be excited about.

But hey, I don’t think any of those players were expected to carry the team against a squad as good as what Ohio State has. Moving forward, it’s pretty clear that…

I almost put the word elite in quotation marks in the sentence above, but I hardly think that’s fair. This has been a crazy year. These are young men who thought their season might not happen at one point. They’re just settling in. I think there’s plenty of evidence things will get a lot better for Penn State.

But Penn State, to save this season, is going to need more than it’s getting from the players it was relying on to lead the way. I wrote a column that kind of gets into this whole point, but I’ll skim through it some more here.

But it was also a team that had an elite tight end, and supreme talent at the defensive end spot, and a veteran offensive line that everyone thought would be one of the better groups in the Big Ten.

And there has been no running room behind that offensive line, which did not hold up well against Ohio State. There was no pressure on Justin Fields, and outside of those two Shaka Toney sacks at the end of the Indiana game, the ends have not been able to drop two opposing quarterbacks when it mattered that they did so. And the tight ends haven’t been as positive a factor in the run game or in pass protection this year as they have been in the past.

Bottom line is, Antonio Shelton and Joey Porter Jr. both have more sacks than Jayson Oweh. Pat Freiermuth has been more of a possession receiver. And the offensive line has gotten no push — which is expected against Ohio State, but was also evident against Indiana.

They simply need more from Freiermuth and Oweh and Michal Menet and CJ Thorpe and Will Fries. We talk ad nauseum about how much talent Ohio State has. But these are four- and five-star guys we’re talking about with Penn State who simply aren’t getting the job done at the level required to beat the Buckeyes.

And yes, I know that one player noticeably absent from that list of “have to do betters” is obviously…

3.) Sean Clifford, who hasn’t been as bad as people think.

Here’s how I put it to a friend of mine who is a big Penn State fan and thinks this entire operation needs to be taken down and rebuilt: I don’t think Ohio State can do much better at quarterback than Justin Fields, but I certainly think Penn State can do a lot worse than Sean Clifford. 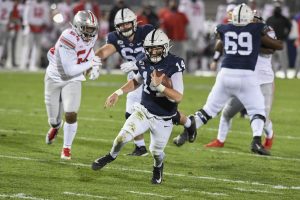 Look, he threw for 252 yards in the second half. Against Ohio State. And sure, in the first half he threw for 29. But I really do think a lot of that was a really bad gameplan. He was asked to carry the running game on designed runs, which is just not what he does best; He is a decent runner, but mostly when plays break down and he escapes the pocket.

But I think there’s a misconception out there that he’s consistently ignoring open receivers and electing to run, which is a joke.

Playing the quarterback position is difficult. You have a lot of things to consider, and everybody in the stadium pretty much as a better view of how plays develop than you do. There was one play I recall from Saturday where I watched Clifford exclusively. he stood in the pocket and surveyed his first option, which was to his left. He was looking upfield, waiting for a route to develop and, really, to see which of two receivers in the area the deep safety wanted to shadow. Problem was, that’s a throw that takes a long, long time to develop, and Clifford’s front five was getting brutalized. When you have Tommy Togiai and Jonathan Cooper on you by ttwo or three Mississippi, it’s not like those routes give you a lot of time to give up and look elsewhere.

I tweeted that Clifford had no time and nobody open. Somebody else pointed out, basically, “Hey, Parker Washington was open across the middle!” Sure, he dragged from the right flank over the middle. He was the third, maybe fourth, man in the progression. But you have to have time to go through the progression. Clifford did not. So it doesn’t matter if Randy Moss in his prime was coming over the middle uncovered from the right if the quarterback’s first read is deep left and he’s under intense pressure.

Anybody who has ever played quarterback, at any level, knows you’re going to miss open receivers if you’re forced to get away from a rush like that all the time, that your ability to see the entire field is directly proportional to the type of successful pressures the opponent is getting. Once the staff realized the best plan of attack was to get rid of the ball quickly — and adjusted with quicker routes — things changed in the second half for Clifford.

If there’s even one open receiver on a route and your view is that a quarterback has to get to that guy in however many seconds that takes, fine. But that’s not always realistic. That’s not how it goes. There’s way more to the position than looking at the replay and saying, “He could have done this. He could have done that. He should have thrown there.” Defenses give you something to take something all the time, especially the good ones. The key is to give you something that you’re not immediately looking to take.

But, none of that mattered in the end because…

I get it: Recruit better. Get better players. Then you’ll compete better with Ohio State.

But, I don’t know if you can actually, realistically, get better players than Ohio State has right now.

And I’ll tell you what: If I’m the New York Jets, I’m taking a good, long look at Justin Fields as the No. 1 overall pick next year, even if Trevor Lawrence winds up begging me to take him. The 49-yard touchdown pass to Olave that broke the game open in the third quarter…yeah, I know Olave had a step on Marquis Wilson, but that was as good a throw as you’ll ever see. Then, Fields made a better one just before Shaka Toney blasted him later. He is so dangerous on the run, but I’d almost rather him run than let him stand in the pocket and throw pea after pea downfield, right on the money, every time.

I just think he’s generational. And Penn State was super close to getting him. I know the two games where close counts, for sure. But if the goal is, “get a better quarterback than Justin Fields…” I don’t know if that’s ever going to happen. And I’m not talking about Penn State on that one. That goes for the Buckeyes too.

I see you @H55ZY This is what I have always expected out of you! I told people that you can win in the boundary! Continue to win your individual matchup! Keep Eating! https://t.co/BJJy8yTEQp

Chose this one for two reasons: One, coaches see things earlier than anybody else does, and these types of discussions go on behind closed doors with every coach, in every sport. I think most of us — again, I know I did — saw Dotson as more of a slot guy. These first two games showed the Nittany Lions coaches were right about the kid.

And two, David Corley is a class guy. His time at Penn State ended quick and a lot of fans were happy to see the team make a change there. But that’s what a coach does; he changes jobs, he changes players, but that bond never breaks. I’m sure of all the compliments Dotson has gotten since Saturday, this one is among the most meaningful.