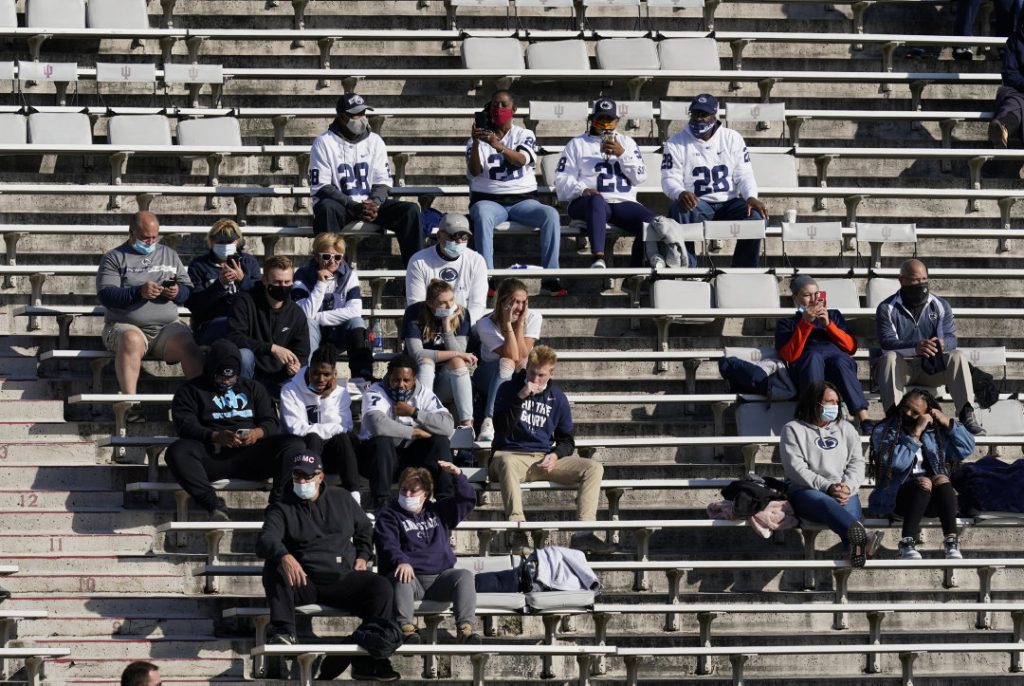 There will be a scrimmage inside Beaver Stadium to end Penn State’s slate of 15 spring practices next month.

It just won’t be a traditional Blue-White game fans are used to; not that many will get to see it anyway.

On Wednesday, Penn State announced it will allow only University Park first-year students to attend the team’s final practice, slated for April 17 at Beaver Stadium. The 15th practice is traditionally the Blue-White game, which is usually open to the public.

Families of players, coaches and staff will also be allowed in attendance. Tailgating will not be allowed and parking lots will be closed.

Dr. Eric Barron said in a statement that freshmen were chosen to attend the game because they were the first group of students at Penn State to “miss out” on attending games last fall.

“Because of the pandemic, these students have missed out on this special tradition of cheering on the Nittany Lions, and we hope this will be a memorable way for them to gather together and celebrate the final practice of the spring,” Barron said in the statement.

According to the announcement, Penn State expects all in attendance for the scrimmage to practice social distancing and follow state and federal guidelines. Penn State said it will announce plans for a virtual spring practice event over the upcoming weeks “to provide an opportunity for the broader Penn State community to participate.”

“We are thrilled they will be able participate in many other favorite traditions during this final spring practice, including the team entering the field, the Blue Band playing, cheer and dance squads performing, and the team singing of our beloved Alma Mater,” vice president for Intercollegiate Athletics Sandy Barbour added. “We are hopeful for the fall and continue to focus on the health and safety of our community and on providing the best opportunity for a full capacity stadium for the Sept. 11 game against Ball State.”

During his spring-opening press conference Monday, head coach James Franklin raved about the thought of a “true 15th practice,” noting that typical Blue-White Games — while useful to get recruits and alumni back on campus during the offseason — don’t provide opportunities to focus on the total development sought in the spring.

“A final practice or a final scrimmage, a lot of times those things in such a public setting like that are pretty vanilla,” Franklin said.

The April 17 scrimmage will mark the first time since the Nittany Lions’ 27-6 win over Rutgers on Nov. 26, 2019 that fans outside of players’ families will be allowed to watch a game from the stadium’s bleachers.

The university’s announcement did not mention plans to broadcast the game. But citing sources, Blue-White Illustrated reported Wednesday that the scrimmage will not be broadcast on Big Ten Network, which has traditionally aired all of the conference’s spring games, and media coverage of the event won’t be permitted.