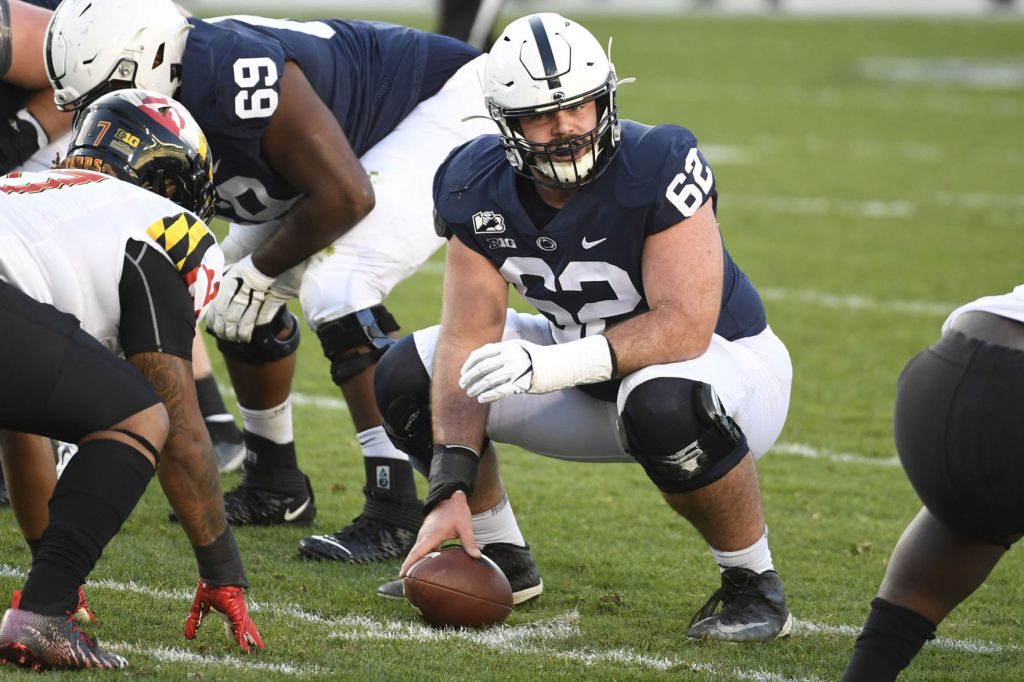 As Penn State kicks off spring football practice, there’s no better time than the usual time to take our first look of the year at Penn State’s full roster. Today, we take a deep dive into the offensive line.

Penn State had high hopes for its 2020 offensive line, which returned players with starting experience at every position. 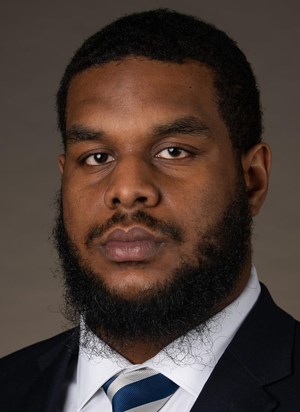 Both starting tackles from 2020, left tackle Rasheed Walker and right tackle Caedan Wallace, return. And while Walker certainly didn’t have as strong a season in 2020 as he did as a first-year starter in 2019, he was still recognized as an all-conference player. Penn State’s running game really took off when Wallace assumed the right tackle spot, and he’s got the tools to develop into a prime pass protector.

Penn State also returns Mike Miranda, who started every game at left guard and earned second-team all-conference honors. He shared time with Juice Scruggs, who saw his first extensive action after debilitating back injuries suffered in a car accident in 2019 and may have been the most impressive of Penn State’s young interior offensive linemen.

Junior Des Holmes has proven valuable and versatile, seeing time at both tackle and guard, and Penn State also gets former Lackawanna College star Anthony Whigan back to help out at guard. 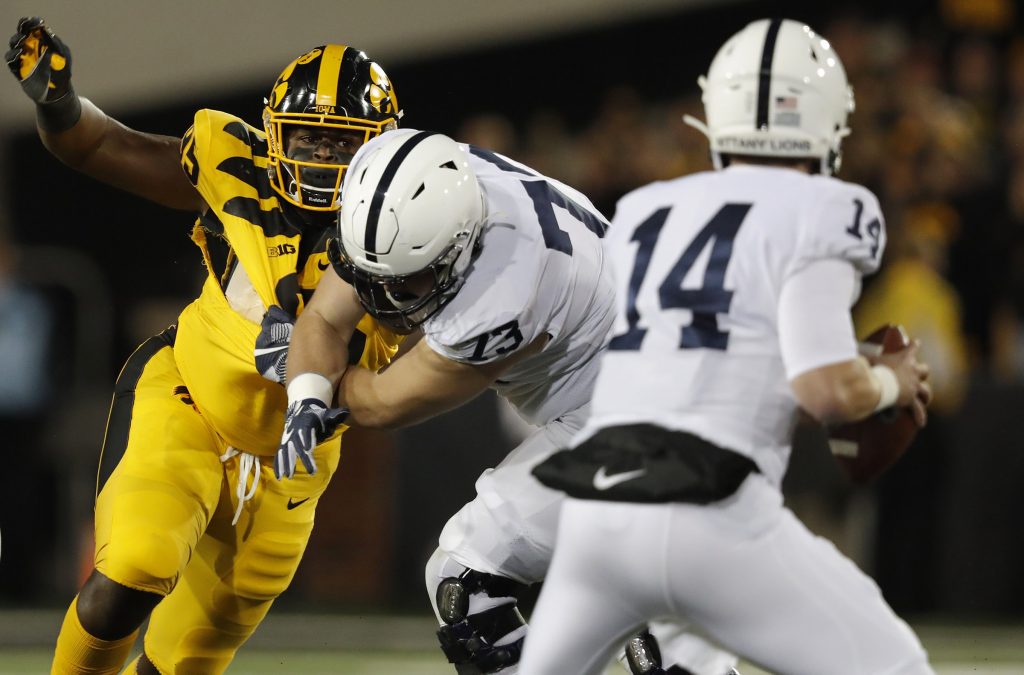 Deep and talented as they are, this is a position where Penn State has some big-time players to replace.

Center Michal Menet and tackle/guard Will Fries accounted for 76 starts and 94 career games at Penn State, and they played at an all-conference level. How do you just replace that kind of experience, no matter what kind of talent level you have waiting behind them?

It’s going to be difficult, considering Menet was the guy who called out all the defenses and pretty much quarterbacked the line.

Enigmatic backup guard CJ Thorpe, who had some nice moments as a starter during his Penn State days but also had his own issues with post-whistle penalties, also is gone. He entered the transfer portal during the offseason, looking for a chance to play defensive tackle for another program.

…this is another season of transition for the offensive line. 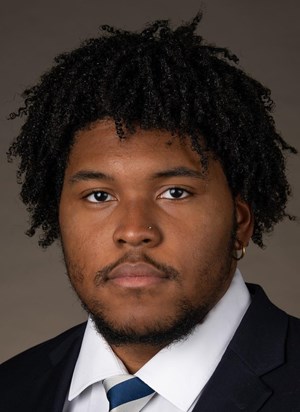 Penn State’s offensive line looked uncomfortable at times early last season, and there’s probably a good reason for that. Head coach James Franklin, in hindsight, couldn’t have picked a more inopportune season to make a change of direction at a position, which he did up front when the Nittany Lions didn’t renew longtime line coach Matt Limegrover’s contract in January. His replacement, Phil Trautwein, was — and still is — considered a real up-and-comer in the business. But he got hired a month before the pandemic shutdowns ended not just spring football practices, but the world as we knew it.

So, as good a motivator, as sound a technician, as capable a teacher as Trautwein is, he never had a real chance to get in front of his new linemen face to face before the Nittany Lions started preparing for a season in August.

And I think that showed a bit. The line wasn’t great early on. Sean Clifford was under some pretty consistent pressure. The running game wasn’t tremendous (although, there were some other reasons for that, at that point). Then the season, and presumably Trautwein and has disciples, settled in and everything got quite a bit better.

So, it’s easy to assume a few things: Second year of Trautwein…Some talented tackles returning…Lot of depth…this will be better than it was last year.

Last spring, Penn State also brought in a new offensive coordinator, Kirk Ciarrocca, who ran what by most accounts was a similar offense to the one Ricky Rahne operated the year before. But when Ciarrocca was fired this offseason, the Nittany Lions brought in a much more dynamic Mike Yurcich, whose offense has been drawing rave reviews for how uptempo and different it is than anything Penn State operated in the past.

Thankfully for them, the offensive line has spring practice this year to get acclimated a little more quickly. But it’s still learning something new, and learning it with some new players looking for starting spots. It’s only fair to expect some more transition time, once the season starts.

There are two starting spots spoken for up front, and there are four players who likely have spots locked in. 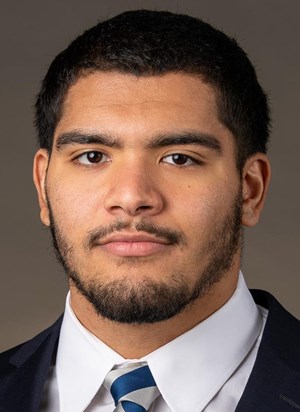 But, it’s going to be interesting to see how Trautwein lines the Nittany Lions up inside.

Scruggs was recruited as a center, but he was so impressive as a guard last season, it might just make sense to keep him there. That could move Miranda, the left guard last year, inside to center, where it sounds like he’d prefer to be anyway. So, there are options at center to replace Menet.

Oh, and the battle for the other starting guard spot is going to be intense.

Holmes and Whigan are the veterans, and they might be the favorites to get the first looks. But the Lions have some massive freshmen-eligible players who could really make a run for playing time this spring.

The staff has been raving about Nate Bruce, a 351-pound true freshman from Harrisburg that Franklin said looks like linemen he used to see in the Southeastern Conference. Nick Dawkins has looked good, as well, and Golden Israel-Achumba was  impressive on his high school tape heading into last season. But all eyes will be on another true freshman, five-star prospect Landon Tengwall who projects as a center but is on campus and could get at least a cursory look at guard.

Word was, Penn State made the switch up front because even though rushing attacks improved under Limegrover since 2016, quarterbacks were under more pressure in those same seasons.

Judging by that, how did Trautwein’s line do, in the early going?

In 2020, Penn State quarterbacks were sacked on 8.4 percent of their dropbacks, and the team rushed for 174.3 yards per game.

In 2019, Limegrover’s last season, quarterbacks were sacked on 8 percent of their dropbacks, and the team rushed for 190.6 yards per game.

In fairness to Trautwein, Lions quarterbacks those numbers got better if you look at the final four games of the season: 7.4 percent and 218.5 yards per game rushing.