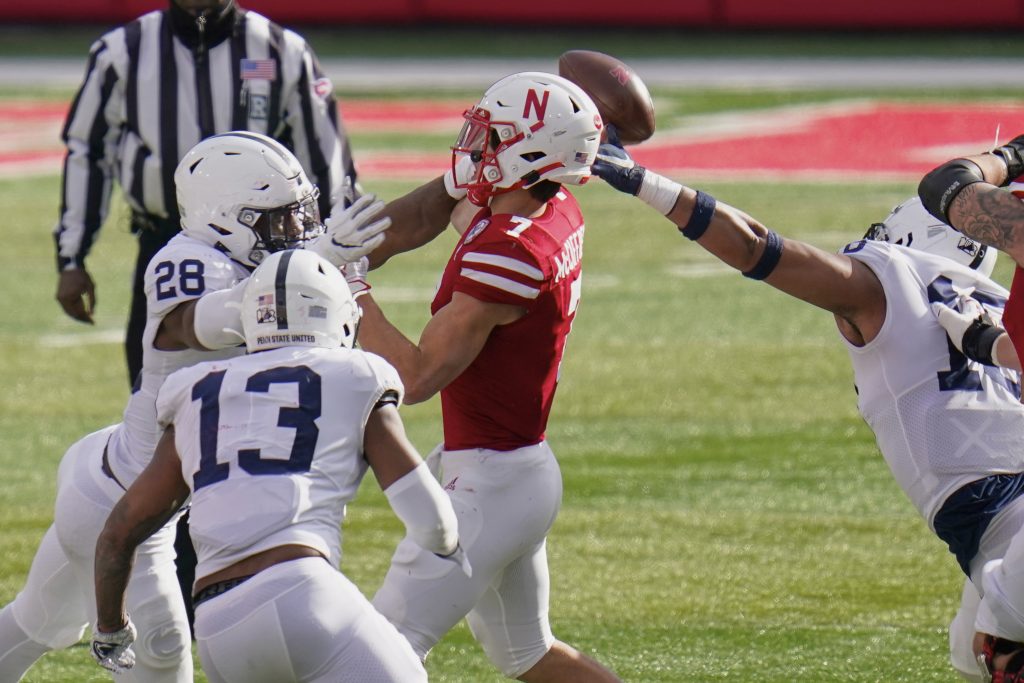 As Penn State kicks off spring football practice, there’s no better time than the usual time to take our first look of the year at Penn State’s full roster. Today, we take a deep dive into the linebacker position.

The good news is, all three starters from last year’s team return for Penn State.

The bad news is that, as a group, they were wildly inconsistent. 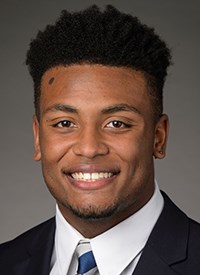 Ellis Brooks and Jesse Luketa were the top two tacklers on the team, with 60 and 59 respectively. But that’s about a fraction more than 6 tackles per game, which isn’t much when you look at what linebackers in this system have provided in the past. Brandon Smith had some ups and some downs, but he ended up with 37 tackles, as well.

The real problem wasn’t production, so much as it was missed stops and poor reads, though. This group consistently found itself in the wrong place, allowing big running plays and finding linebackers playing essentially out of position when it came time to make the stop. This was a problem especially when it came to Luketa, who piled up mistakes and seemed to get into rhythms where he’d make every play or miss a bunch in a row.

“The criticism probably would have started with me,” defensive coordinator and linebackers coach Brent Pry said of the group back in December. “That was some pretty shoddy tackling going on. I think, just too loose, not the normal fits. I say loose is the best word; there’s just too much space, and not getting in good position to make the tackle. And then when we did, we didn’t grab, we didn’t roll, we didn’t bring our feet. It was a combination of things.

“We saw some improvement in some areas, but we’re still not…we’ve tackled well in the box, we just haven’t tackled well in space at my spot, not well enough. We’ve worked on it. We’ve emphasized it. I do think there’s been an improvement. But, you know, it’s still not where I’d like it to be.”

They weren’t especially good at getting to the quarterback as a group (three sacks and four hurries, combined). Nor where they great when it came to forcing turnovers (one interception and three forced fumbles, as a group).

Former five-star prospect Lance Dixon entered the portal and transferred to West Virginia, but his loss merely costs Penn State a little bit of its depth.

Dixon played in all nine games, recording 10 tackles, 2.5 for loss, and a forced fumble. But if it’s fair to knock the three starters for essentially taking themselves out of position with regularity, it’s fair to say Dixon’s wrong-place, wrong-time rate was even higher.

Dixon’s play last season was even more uneven than the group that started ahead of him, and he showed little to suggest he’d push Luketa or Smith for a starting spot. It just didn’t seem like he was a disciplined enough player when he got his chances, and he never put the big-play ability that made him a terrific prospect on display. 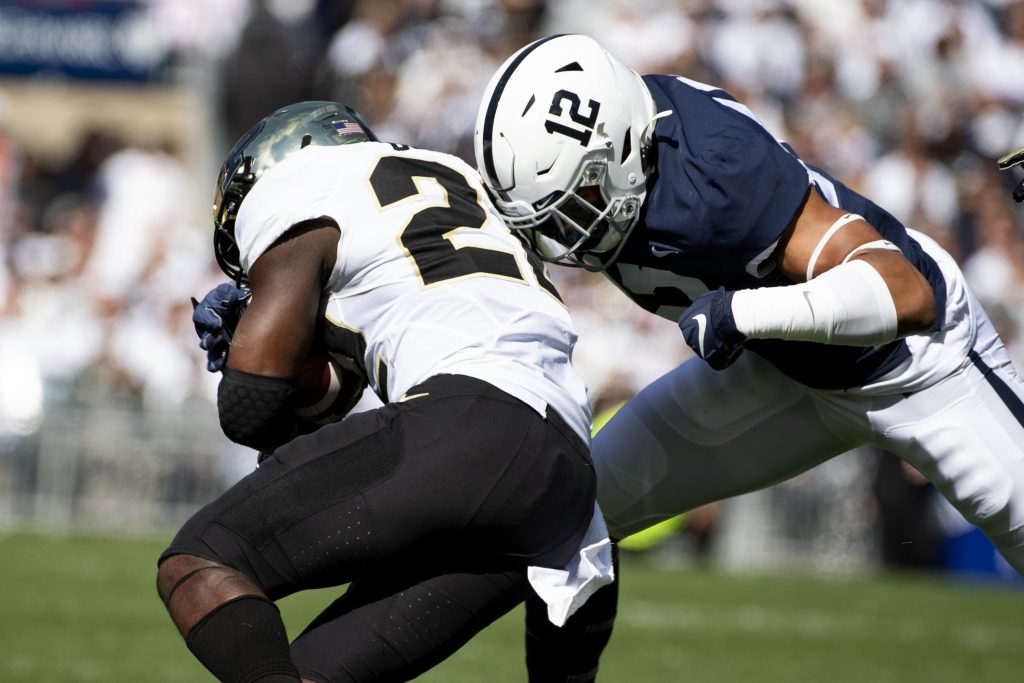 Brandon Smith didn’t have a dominant 2020, but he showed plenty of flashes that better days are ahead. (AP Photo/Barry Reeger)

…Brandon Smith develops into one of the best linebackers in the Big Ten, and does so soon.

It’s only natural to compare the paths of Dixon and Smith. Both were “five-star prospects,” and both joined the Nittany Lions in the 2019 recruiting class. They were the future of the position; one is now gone, and the other is coming off an uneven-at-best first season as a starter.

Once you watched a couple games, though, there really was no comparison between Dixon and Smith when it came to their potential impact with the Nittany Lions.

Take one look at Smith, and it’s clear why he was a five-star prospect. At 6-foot-3 and 244 pounds, the guy looks like an Adonis. Broad shoulders. Narrow waist. Muscles on top of muscles. As a freshman, he looked physically impressive even when standing next to a guy like Micah Parsons, the man he’d ultimately replace as a starter.

There’s more to playing linebacker than looking the part, for sure. But so much of projecting a future star is seeing what they can possibly do, even when they don’t know quite how to do it yet. Dixon never got to that point where you could dream on his ability; Smith did.

Smith was the one Penn State linebacker who showed at times, last season, he could be a game-breaking type of player. Eight of his 37 tackles were for a loss — that’s 21.6 percent.

That’s rather competitive with a No. 2 defensive end’s kind of rate, when you’re comparing starters to starters. Last season, Smith’s tackle-for-loss rate was closer to Shaka Toney’s (24.2 percent) than Jayson Oweh’s rate (17.1) was to him. But starting linebackers for Penn State have been nowhere close to that rate in recent years.

Here are the rates for starting linebackers — and Parsons in 2018 when he was a “backup” in title only — over the last three seasons for Penn State:

Why do I focus on that rate? A few reasons.

One is that covering baseball for decades has developed a fondness for metrics that are easy to compute and can kind of tell you a pretty direct story (although, baseball statisticians have turned that game into a battle to interpret impossible-for-the-average-person-to-compute metrics that can tell you whatever story you want to hear). The second is that this is one of those numbers I’ve seen over the years where it does show you who is making a big impact on a defense when it comes to splash plays.

I went back 15 seasons and only found two starting linebackers — Na’Vorro Bowman in 2008 and Brandon Bell in 2015 — who had a higher TFL percentage rates than Parsons did in ’19, but even Bell’s remarkable 18.9 percent and Bowman’s 15.6 percent fell short of where Smith was last season (albeit with many more tackles). Sean Lee matched Parsons’ 12.8 percent in ’09, and Dan Connor was over 10 percent in 2007. That was the extent of the double-digit percentages for starting linebackers during that time.

Ends, you expect to be higher, because they’re more regularly picking up sacks, which are tackles for loss. With linebackers, it gives you a good idea of who is making the more athletic plays, who is more aggressive, who is craftier on the blitz, who is reading the plays best, and perhaps as important in today’s game, who has the speed to go sideline to sideline and the tackling ability to make plays in space.

All that should come with a disclaimer: Smith’s tackle for loss percentage needs to go way down in 2021. I’m certain Penn State coaches would be thrilled if he was over 10 percent. But the reason it needs to come down is because he needs to be asked to make more plays inside the box. Last year, he seemed to be a guy asked to do a lot of pass coverage, and frankly, your best playmaker at the linebacker position has to be a guy that is asked to do less when it comes to covering the slot guy or the tight end. If Luketa can’t be a guy counted on in pass coverage, you find someone who can — or you throw an extra safety out there and play your hybrid lineup — so Smith can do a lot more of what Micah Parsons did.

This is a guy with a lot of potential, and the Nittany Lions’ defensive coaches need to put him in a position to realize that this season. It’s reasonable to expect a big jump in performance from year one as a starter to year two. Especially from a player with this much athletic ability. 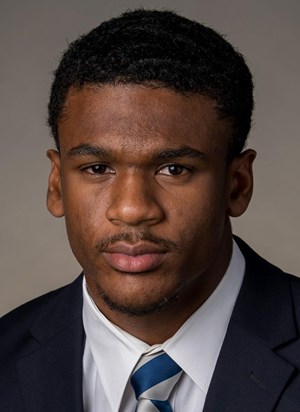 Because of the eligibility rules with COVID, Jacobs pretty much had a bonus season of development in 2020. It’s not like the staff was going to save his redshirt even in normal circumstances, but the five-star prospect from the 2020 recruiting class got into eight games and made nine tackles and still has freshman eligibility (for what that’s worth these days).

He did a decent job when he was out there, but the coaching staff loves him. Jacobs has been in the program a year-and-a-half now, and he’s playing a position that had some disappointments last season. It will be very interesting to see how he is used this spring, and if he’s getting time at both the outside linebacker positions. If so, that’s going to be a message to the veteran guys, who have to know Jacobs is a very big part of the Penn State future at the position.

If nothing else, linebackers have to make tackles.

The consistency pre-2020 and the drop-off in 2020 says plenty about how many tackles this group missed physically, and from being out of position.