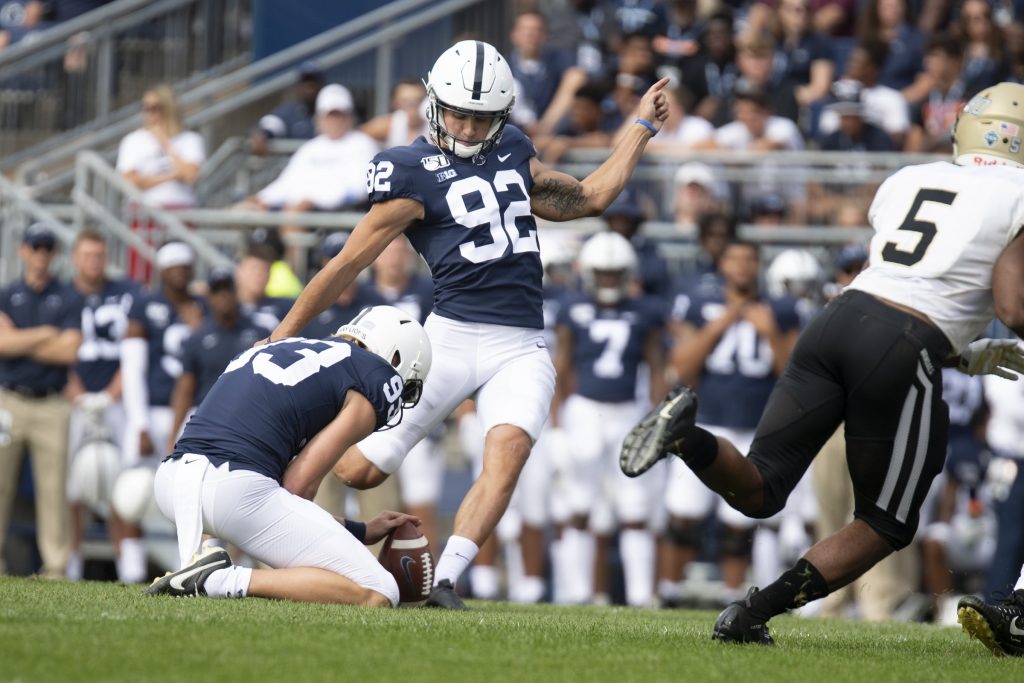 Breaking down the Penn State spring roster: Kickers and punters

As Penn State kicks off spring football practice, there’s no better time than the usual time to take our first look of the year at Penn State’s full roster. Today, we take a deep dive into the kickers and punters. 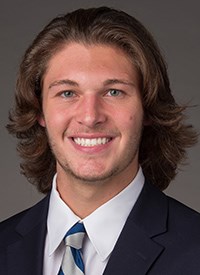 Penn State’s kicking game is one of the better ones in the Big Ten on paper, because it has so many returning contributors coming back this spring.

Jake Pinegar is primed to handle most of the field goal duties for the fourth consecutive season, and while he has had some down moments, he has developed into one of the Big Ten’s better kickers. He led the conference in scoring as a true freshman, missed just one kick as a sophomore, and recovered from a shaky start last season to make eight of his last nine field goal attempts.

Jordan Stout was a revelation in 2019, even if he was quite a bit less consistent last season, when he made just 2 of 5 long field goal attempts and averaged 41.6 yards per punt. Despite a few more wayward kicks than special teams coach Joe Lorig probably preferred, Stout still got a touchback on 84 percent of his kickoffs.

If anything every happened to Stout as a kickoff man, Rafael Checa isn’t a bad fallback option. He kicked off 79 times, getting 37 touchbacks in 2018.

Carson Landis graduated, but he never appeared in a game for the Nittany Lions.

Really, that was the only loss. This position returns intact, and with a few additions to make competition for the future a bit more interesting. 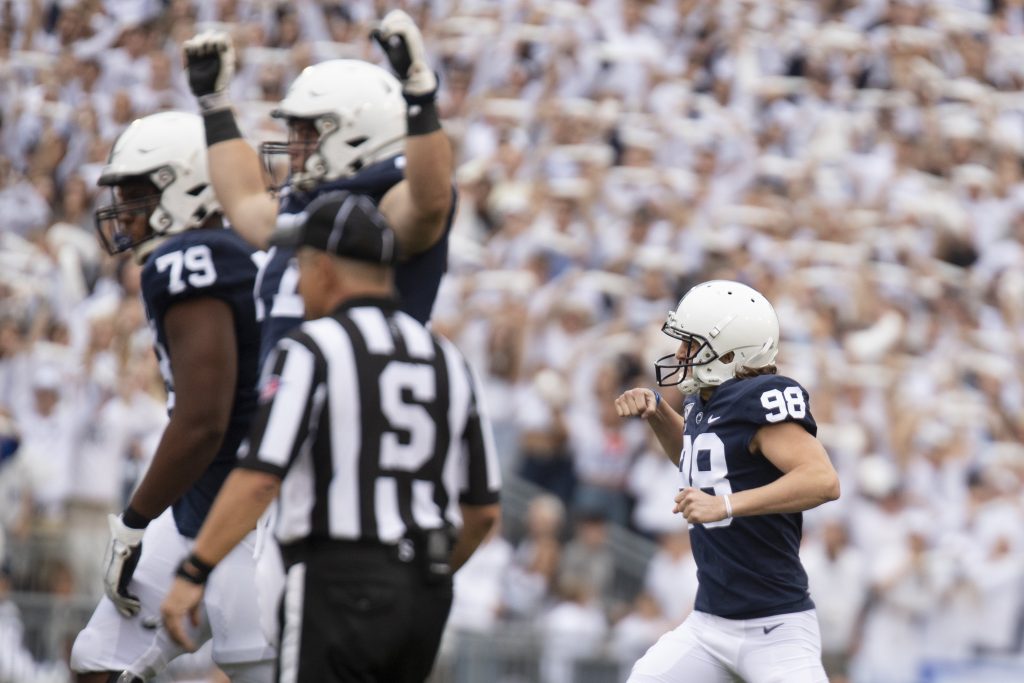 Few kickers in the Big Ten have been as consistent a weapon from beyond 50 yards on field goals as Jordan Stout has been for Penn State. BARRY REEGER / ASSOCIATED PRESS

…there’s some competition at punter.

ME, in 2019: “You know what? Virginia Tech has always had one of the best special teams attacks in the country. They develop it well. They teach it. They emphasize it. They never seem to miss on a guy. How — How, I demand to know? — did they let a weapon like Jordan Stout walk away from their campus? This makes no sense to me.”

This is not meant, in any way, as a knock on Jordan Stout or his value to the Nittany Lions. If he were the only field goal kicker, I think he’d be all-Big Ten caliber. The handful of out-of-bounds kickoffs last season, some of which came at the worst possible time, are inexcusable. But he was still an overwhelming plus at making some of the best kickoff returners in the nation a nonfactor on gameday. He was every bit worth adding to the roster, every bit worth a scholarship. 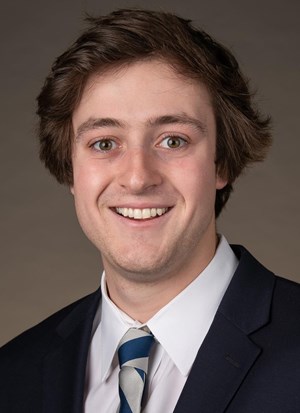 But he’s an average punter, at best.

Stout had a 39-yard punt with the wind at his back against Rutgers, a true “Only in 2020” moment. He didn’t hit a 40-yard average in half his games, and while all of that is perfectly OK if you’re in situations where you need the shorter kick and are looking to punch it to a spot or keep it inside the 20, that really wasn’t the case. There were some kicks he needed to boom, and he didn’t get great contact. There were some he needed to get to the sideline, and he caught too much of the field. In short, there just weren’t enough “I see the potential” moments.

Stout just never got it going.

Maybe working through the pandemic and away from the coaching staff affected Stout a bit more than he figured it would, but none of the kickers and punters thought that sort of thing would hurt them. So at this point, it’s a matter of, what can they do to get him to be a little bit better, a little more consistent?

They did bring in another experienced leg: Former Colgate punter Barney Amor joined the program as a graduate transfer, and while the Patriot League is a few steps down in competition from the Big Ten, does that really matter for punters? When he last played a full season in 2019, Amor finished second-team all-league, averaging 42.1 yards per punt and knocking 27 percent of his punts inside the opposing 20.

I think Stout will be Penn State’s punter this fall. But if he hasn’t shown much improvement this spring, Amor will get some eyes on him, for sure.

Pinegar is a guy who could have a big season. 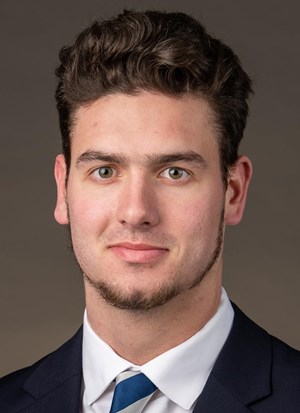 He has always been a guy that thrives off of good things happening. He builds confidence quickly and easily, but he’ll also lose it.

He started the season 1 for 4, looked lost, then hit a 40-yarder against Nebraska and went on a tear. He didn’t miss again until the champions week game against Illinois.

It stands to reason that 2021 will feel much more comfortable for Pinegar. It’s his fourth year in the program. It will be a much more normal preparation schedule. And the last time he had a year like this one, he made 11 of 12 field goals.

Pinegar missed at least one field goal in six of his first 13 career games.

Since, he has missed one in just four of his next 22.