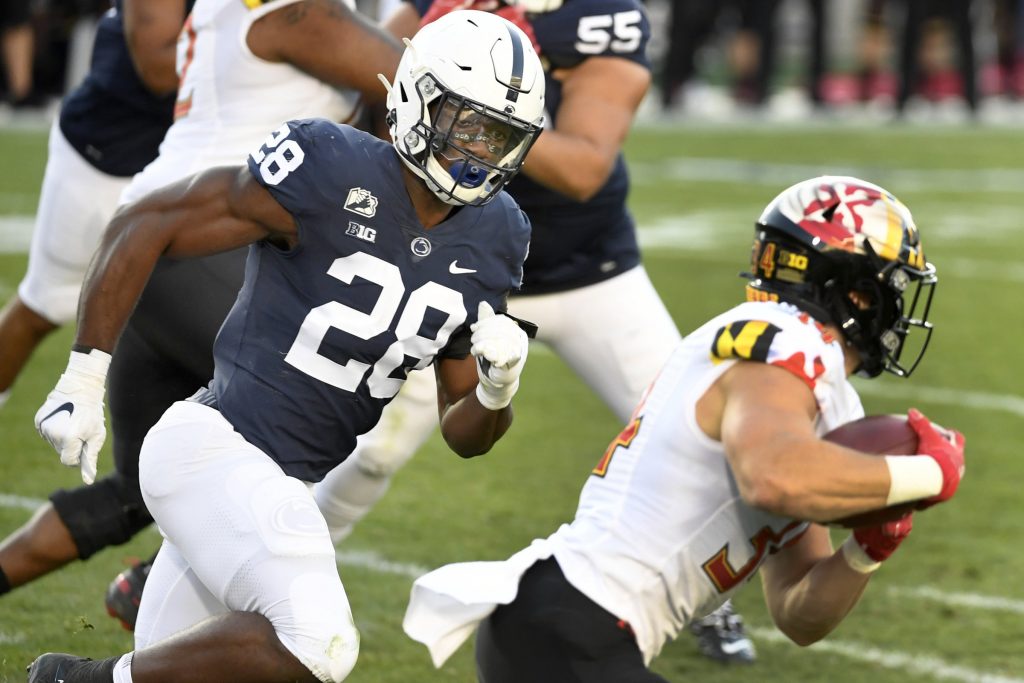 As Penn State kicks off spring football practice, there’s no better time than the usual time to take our first look of the year at Penn State’s full roster. Today, we take a deep dive into the defensive line. 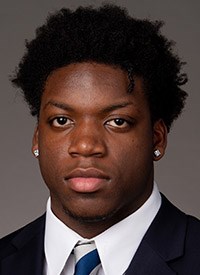 And outside of a few younger prospects who got into the end of some blowout games, that’s really it.

Not that having Isaac back is anything to be ho-hum about. Penn State coaches have long been touting his ability, and he has been a steady producer off the bench. Last season, Isaac had 1.5 sacks and two quarterback hurries, which sounds OK, but he quietly got outproduced by Shane Simmons. Isaac’s production from a big play perspective really matched what he did in the Maryland game in 2019 (1.5 sacks, 2.5 for loss).

Still, he has been solid in the past getting to the quarterback, and he is good against the run. Penn State needs to bet big on Isaac’s potential turning into production this season.

After that from a 2020 production standpoint, you’re really looking at Nick Tarburton coming off a two-tackle season and Smith Vilbert, who had one. All that said…

…there is a reason Isaac, Vilbert and Tarburton didn’t have better numbers or get more playing time last season.

Shaka Toney and Jayson Oweh took a large percentage of the defensive snaps at end. Both had more than 30 tackles, and they were both among the top nine players on the defense in that category. They combined for 14.5 tackles for loss, and while Oweh really struggled getting to the quarterback (the fact he didn’t register a sack in nine games is going to be talked about quite a bit come time for the NFL Draft broadcast), Toney had his usual five sacks and handful of hurries.

Bottom line is, Oweh was a freakish athlete who played hard and wasn’t really being pushed for a starting spot, while Toney was kind of as effective as he had ever been during the shortened season. They both stayed healthy until Oweh missed the last two games, so there just hadn’t been much of a need to take a look elsewhere.

There’s also Simmons, the one-time top prospect who came into his own last season as a reserve and played well in two starts for Oweh late in the 2020 season. highlighted by a seven-tackle, 1.5-sack effort against Michigan State. He elected not to use his bonus season of eligibility so he could start his career outside of football, and he’s the type of guy you get the feeling Penn State would have been thrilled to get back. 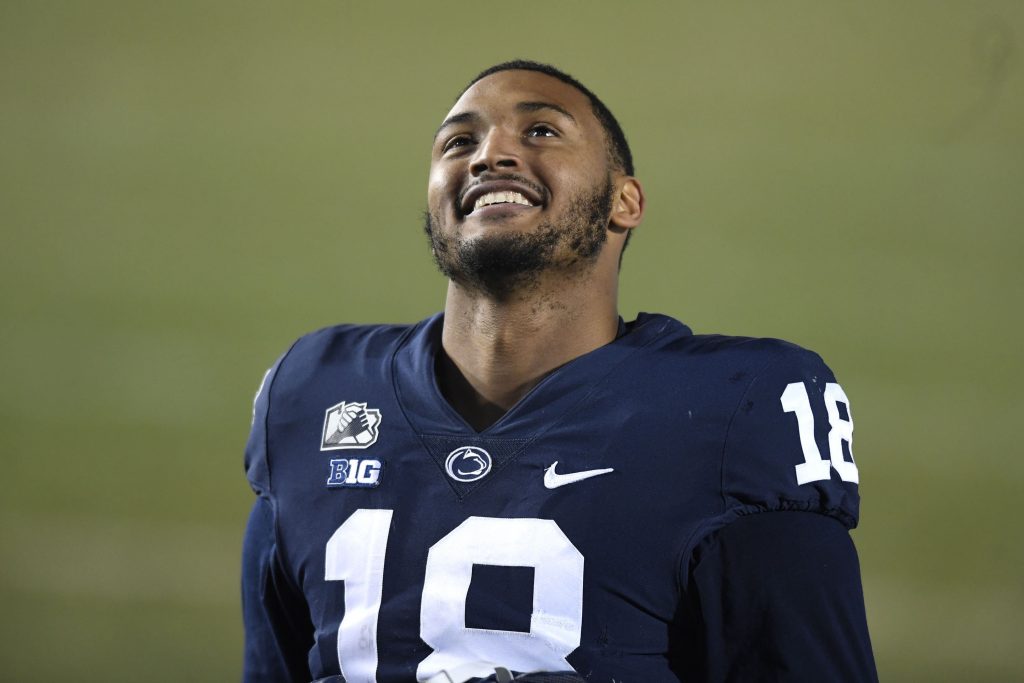 …the two most important players the coaches are monitoring this spring are Arnold Ebiketie and Nick Tarburton. 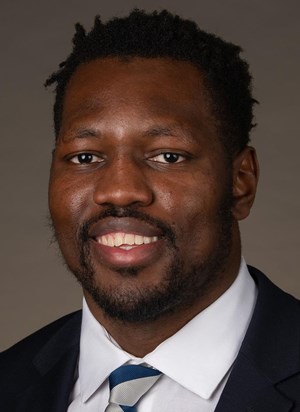 This is going to be a regular talking point since head coach James Franklin brought it up at the beginning of the spring, but Penn State is looking to develop a “two-and-a-half deep” coming out of camp. For the defensive end spot, that’s five players they can put into a game and expect to succeed.

They simply aren’t getting there without these two guys being 1.) good enough and 2.) healthy.

The good enough part puts the focus on Ebiketie, a graduate transfer from Temple who statistically speaking, had a pretty good year in the Owls’ rotation. He led the team with 8.5 tackles for loss and four sacks, and his 42 tackles were third on the team. What’s even more impressive, he piled all that up in six games.

Just looking at it from a purely statistical perspective, Ebiketie was much more effective for Temple last year than either Oweh or Toney were for Penn State. It’s not debatable.

With that in mind, Ebiketie has a lot to prove. He really started just a handful of games for the Owls, impressive as he was, and playing in the Big Ten every week is a big step up in competition from playing in the American Athletic Conference.

The other interesting end this spring has been Tarburton, who has drawn plenty of rave reviews from the coaching staff, like this one from defensive line coach John Scott Jr.

This guy continues to dominate the workouts and compete every rep. I can’t wait to watch him compete this spring. Great job today Nick!@NickTarburton40 pic.twitter.com/lZACBnjUE7

I haven’t been counting — usually, I ignore these spring platitudes altogether — but I’d guess Tarburton is winning the “Beast of the Day” type of accolades this particular camp. 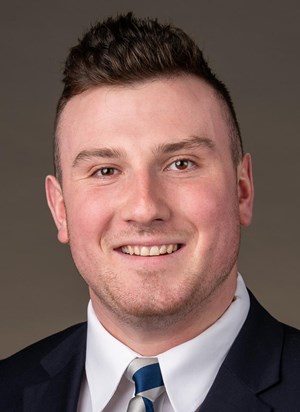 Tarburton is another guy the staff really likes. He has also been not-surprisingly unable, as the old saying goes, to make the rotation from the trainer’s room over the last few years. The guy is a monster when he can play, but he just hasn’t been able to get out there.

“I’m a big Nick Tarburton fan for a lot of different reasons, how he’s gone about his business,” Franklin said. “The kid has really faced a decent amount of adversity. He has not been healthy consistently since he’s been here. He’s had an unbelievable offseason for us right now, not only from a health perspective but from a leadership perspective as well. We’re expecting him to have a significant role on our defense and on our team. This spring will be really important for him. We’re really excited about him.”

The past will be forgotten if he can stay healthy moving forward, and Penn State desperately needs him to be a contributor in the fall. 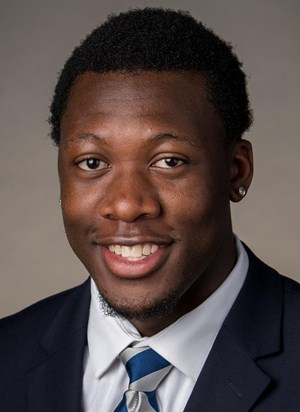 Penn State has to build depth somehow, and it might have to be by developing some younger players with increased reps this spring.

Zuriah Fisher, a freshman who came in with the 2020 class, moved from linebacker and is physically quite impressive. It’s not a shock that he was moved to the front four, but the question now is how quickly he can translate his skills to the position.

Rodney McGraw is a true freshman who enrolled in January, and maybe Penn State is getting some good gains out of the Bryce Mostella experiment that started in January 2020. But unless true freshman Davon Townley comes into spring ready to go, or the coaching staff hits the transfer portal for another contributor, Franklin is going to have to get his two-and-a-half deep from the group he is working with now.

It has been six years since Penn State entered a season having to replace both starting defensive ends.

That worked out pretty well for the Nittany Lions, though. And, to boot, it resembles what they kind of have to do in 2021.

Having to replace CJ Olaniyan and Deion Barnes after the 2014 season, Penn State went with a top prospect, Garrett Sickels, and a relative unknown, former walk-on Carl Nassib, on the other.