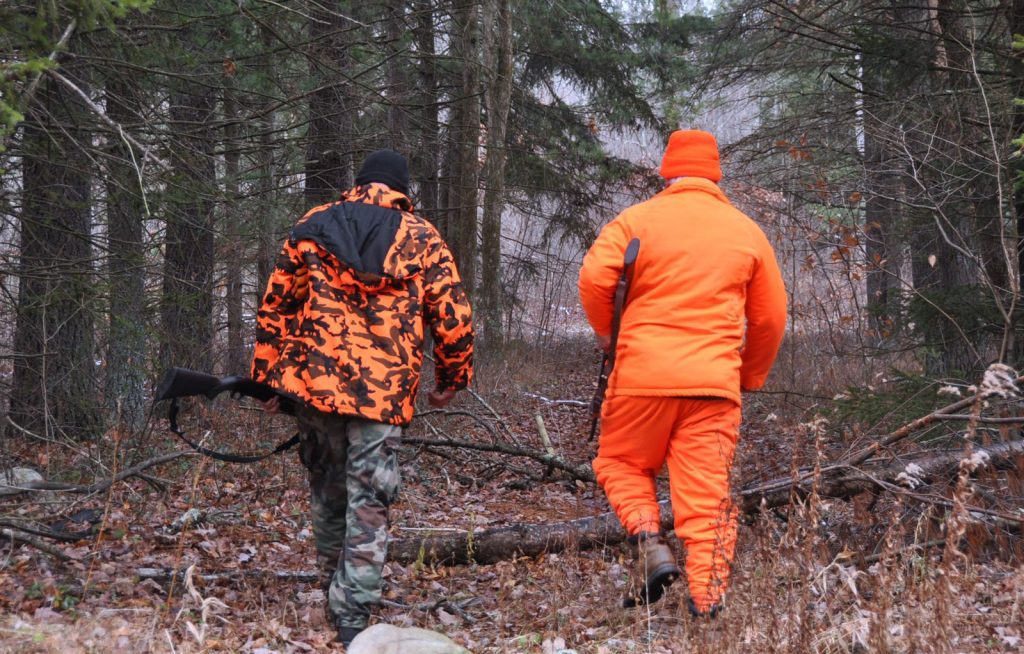 Beginning Saturday, Oct. 19, the Pennsylvania Game Commission is providing muzzleloader hunters with an opportunity that would have seemed a pipe dream just five years ago.

That is the opening day of the seven-day antlerless deer muzzleloader season, which concludes Saturday, Oct. 26. This year, however, there is more — so much more. Because of the steadily increasing statewide population of black bears, this year both antlerless deer and bears are legal for muzzleloader hunters — using inline, flintlock or traditional percussion muzzleloaders.

With opportunity, however, comes responsibility and what may be an ethical shot on a deer could be one to avoid on a bear. Experienced flintlock hunters understand there are some shots — such as head on — that should not be taken when using a roundball as ammunition.

Conversely, a well-placed shot between the shoulder and neck when firing a conical bullet from an inline rifle will drop an approaching deer in its tracks. According to Dave Ehrig, the editor of “Muzzle Blasts” magazine, published by the National Muzzle Loading Rifle Association, taking the same shot at a bear could result in an unpleasant situation.

Ehrig has hunted with and written about muzzleloader firearms his entire adult life and has made a series of hunting videos. He was also an advisor to the PGC in drafting the original regulations for the flintlock deer season.

“A few years ago I was hunting with friends during the antlerless muzzleloader season when the wife of a friend made a one-shot kill at 40 yards on a doe that was approaching up a path to her stand,” Ehrig said. “She was using a PowerBelt bullet in a side hammer percussion rifle, and the bullet entered the right side of the neck, passed through the entire length of the deer and exited behind the left ribcage.

“We all agreed none of us would have taken that shot using a roundball, and it reminded me of an incident that occurred on a bear hunt over bait at a Quebec lodge. A hunter was on a bait less than 50 yards from his stand, which provided the opportunity for a lethal shot no matter what kind of firearm was being used because the guides instruct hunters to wait until the bear turns broadside and provides a pass-through lung shot. 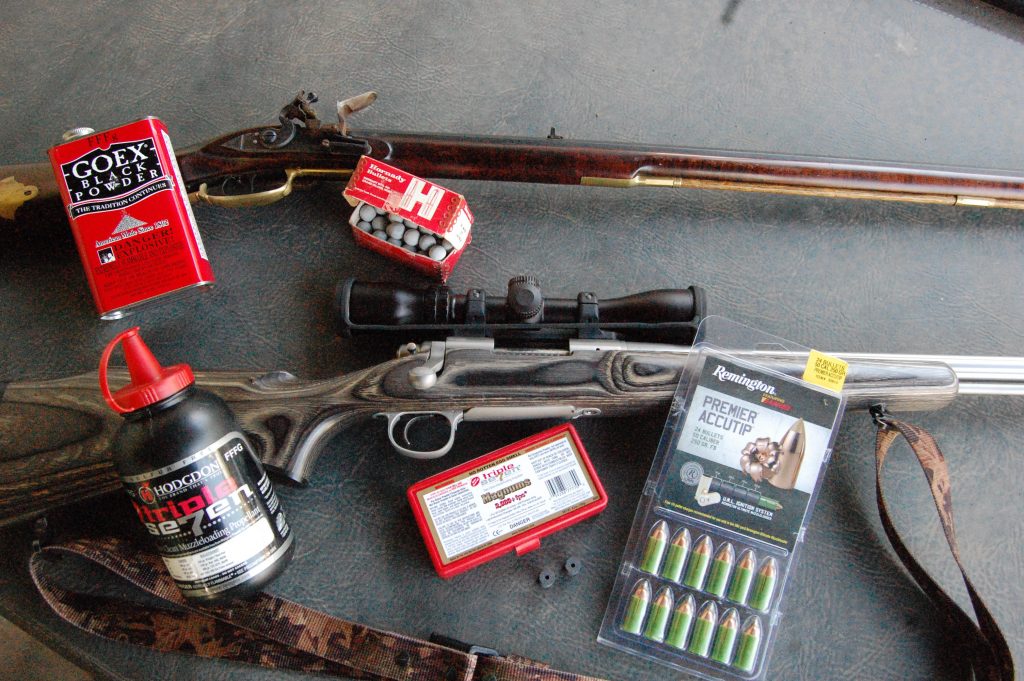 DOYLE DIETZ / CONTRIBUTING PHOTOGRAPHER
No matter if hunting with a traditional flintlock rifle loaded with roundballs or a modern inline rifle loaded with conical bullets, shot placement is the major consideration to ethically take an antlerless deer or black bear during the seven-day concurrent bear and antlerless muzzleloader season that begins Saturday, Oct. 19.

“This hunter panicked and rather than wait for the bear to come out of the woods to the bait, he took a shot when it was coming down the path. Unfortunately, he didn’t miss as there was hair and blood on the trail, but the bear was not found, taking away from what should have been a upbeat evening for the two hunters who took a bear.”

Ehrig explains in his book “Muzzleloading for Deer & Turkey” that most barrels in flintlock rifles manufactured for Pennsylvania’s special flintlock deer season are designed to accurately shoot roundballs. These rifles have rifling rates of one turn in 48 inches and marked 1:48 on the barrel or the slower one in 66 inches (1:66).

Some modern flintlock barrels are designed to handle the conical lead, copper, jacketed and plastic-sabotted bullets with faster rates of one in 36, stamped 1:36. This change allows for using heavier conical bullets that carry more energy downrange than roundballs, but this increased energy comes at the cost of recoil and accuracy.

Accurate bullet placement downs whitetails, not misplaced energy, so hunters should be aware of the rifling rate of their barrel. Velocity is important, as a deer can run at speeds approaching 40 mph, or 58.6 feet per second, so the time it takes for the bullet to reach a deer at 100 yards is critical.

Sabotted bullets can be effective in older rifles, such as side-hammer percussions and flintlocks. At distances less than 50 yards any kind of bullet will work, but it is at longer distances that gravity and air resistance begin to play tricks with accuracy. The main consideration for shooting long slugs of lead or copper, regardless of whether they are sheathed in plastic or not, is rotation.

Because most sabotted bullets weigh more than their counterpart roundballs of the same caliber, they will not achieve the higher velocities in older rifles unless the powder charges are increased dramatically. Attempting to compensate for this with heavier charges is not a safe idea.

A plastic gas check is attached to the bullet’s base to provide the advantage of sealing the blow-by of gasses, ease of loading and accuracy of a lead bullet while reducing the amount of plastic laminate on the lands of the rifling when hunting with a modern inline rifle. Bullets like the CVA PowerBelt, Copper Magnum Bullets, Harvester Saber Tooth and Black Belt Bullets have plastic gas checks at their base, but since they do not run a plastic bearing surface between the bullet and the bore, they are not considered sabots and are less prone to laminating.

“Clearly, hunting bears with an inline loaded with a conical bullet is an advantage over a flintlock loaded with a roundball,” Ehrig said. “Still, because there is no quick follow shot, hunters must understand that ethically they should pass on some shots even with an inline.”