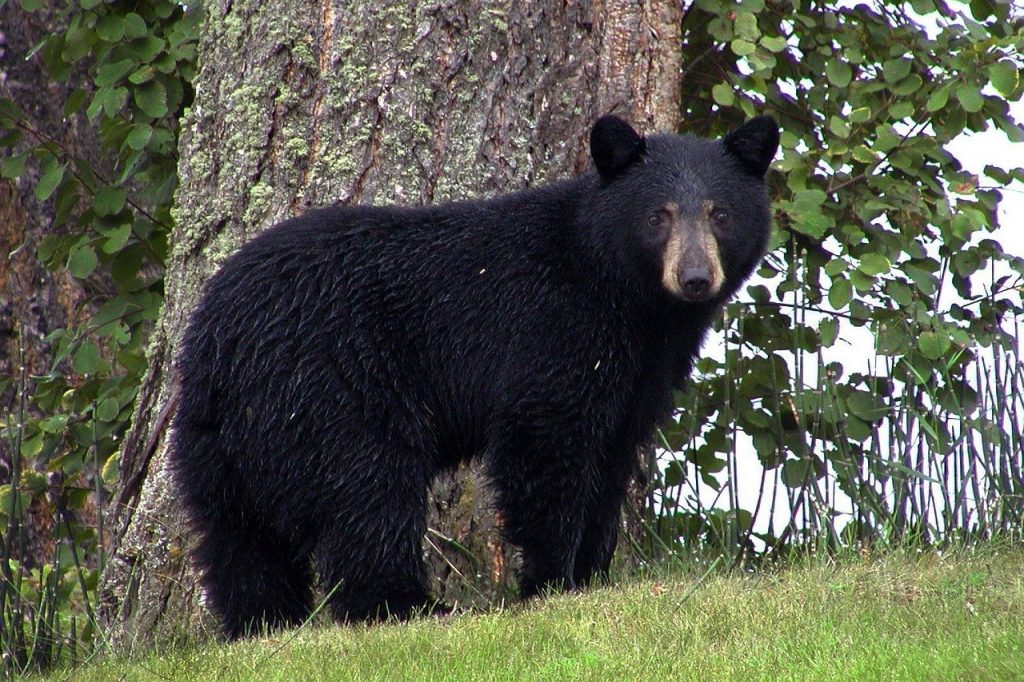 WESLEY, Maine — It had been more than 20 years since only half of the job had been accomplished on a husband-wife flintlock hunt for black bear in Quebec.

Details of that hunt were relayed to Frank Perkowsky two years ago during the Great American Outdoor Show at Harrisburg, and a follow-up visit was planned when he came to the National Wild Turkey Federation Outfitters Weekend at Cabela’s in Hamburg. As owner and operator of Bear Lane Guide Service near Wesley, Maine, he has more than 40 years experience hunting bears, exclusively, from blinds and with hounds.

Perkowsky, who owns a contracting business in New Jersey, explained he and his guides specialize in bear hunts and their service is based on a commitment to provide quality hunts and personalized service. He limits the number of hunters each week to no more than 12 and maintains 50 active baits consisting of ladder stands and ground blinds at ranges from 15 to 40 yards.

Having previously hunted in northern Maine, I went to Google and discovered Bear Lane Guide Service is located in Washington County in what is known as the “Down East” section of Maine. Hunting takes place in an area comprised of blueberry barrens, spruce, pine, fir forest, thick hardwoods, lakes, rivers, streams and swamps.

Like any ethical outfitter, Perkowsky stopped short of guaranteeing Betty would kill a bear, but said the chances were “very good” she would finally accomplish her goal of taking a bear with her .54-caliber, fullstock, flintlock Hawken-style rifle built by our friend Lon Seitz using original plans from the Hawken Shop in Philadelphia. So, we booked a five-day hunt for the first week of the season, which traditionally opens the last Monday of August and extends through the first Friday of September.

Then I unexpectedly lost my best friend and hunting “buddy” after more than 50 years of marriage in August 2019, and Betty had one thing remaining on her bucket list of hunting adventures. From the mountains of our native Pennsylvania to the pine forests of South Carolina, Betty and I had teamed up to fill tags on deer and spring gobbler hunts.

Just like Bogie and Bacall, one could say we had it all when it came to hunting success. Well, almost.

Betty and I were with an eight-hunter group of six Pennsylvanians on that spring bear hunt in Quebec 20 years ago. We were hunting with flintlock rifles, and when I took a bear the second night on stand it was the first of six taken by our group in six nights of hunting.

It was quite a week for Betty, who saw moose four of her six nights on stand and had her bait hit on four nights — always after dark. So, the only time her rifle was fired that week was for an unload shot on the way back to the lodge Friday night at the end of the hunt.

There was a time when Betty would bounce around like a ping-pong ball inside our pickup truck with fear if we encountered a black bear in the woods. All it took for her to overcome her fear of bears was taking a fishing trip to Alaska, where we caught our salmon on one side of the Alagnak River while brown bears were catching theirs along the opposite bank.

Still, I was somewhat surprised when Betty went to her stand alone every night of our Quebec hunt, and she even joked there was nothing to fear so long as the bear was unarmed. Needless to say, she was not in a joking mood on the drive home after being the only hunter not to have seen a bear.

So, reaching out to Perkowsky late last spring I told him it was time to take a bear with Betty’s flintlock. It was not that I wanted to book another black bear hunt, especially after taking seven with flintlocks, including a smoothbore, two more with percussion rifles and one each with a .45-70 blackpowder cartridge rifle and compound bow.

As much as I tried to put it out of my mind, however, it became more and more evident it was something I had to do.

And, Tuesday, Sept. 1, 2020, I did it — honoring Betty’s memory by taking a 130-pound adult sow that was estimated to be 3 years old and what will in all likelihood be my final bear with her rifle. Located in a ground blind, just 23 yards from the bait, 90 grains of Goex 3FFFg powder sent the Speer .530 ball through both lungs, flipped the bear and dropped it at the stand.

Holding behind the right shoulder, I came to full cock and thought to myself, “Betty, this is your bear.” Instantly, the quiet serenity of the Maine wilderness was shattered by the roar of a .54-caliber flintlock.

I was still looking down the barrel through the bucktail sights when the cloud of white smoke dispersed. That’s when I saw the bear on its back, four legs twitching in the air until it made its death sound and expired at 7:10 p.m.

Reloading, I went to the bear and offered a prayer of thanks for my opportunity. Then, sitting next to the bear my eyes began to tear as I thought back over the years that led to this moment.

Indeed, it had been an emotional drive from Pennsylvania to Maine, arriving at camp late Sunday afternoon and unloading my gear into my private cabin, complete with a space heater and bathroom. Those emotions, however, were nothing like those felt on the drive home.

Information and 2021 bookings for fall black bear hunts at Bear Lane Guide Service are available at www.huntbearlane.com or calling Frank Perkowsky at 207-263-6965.