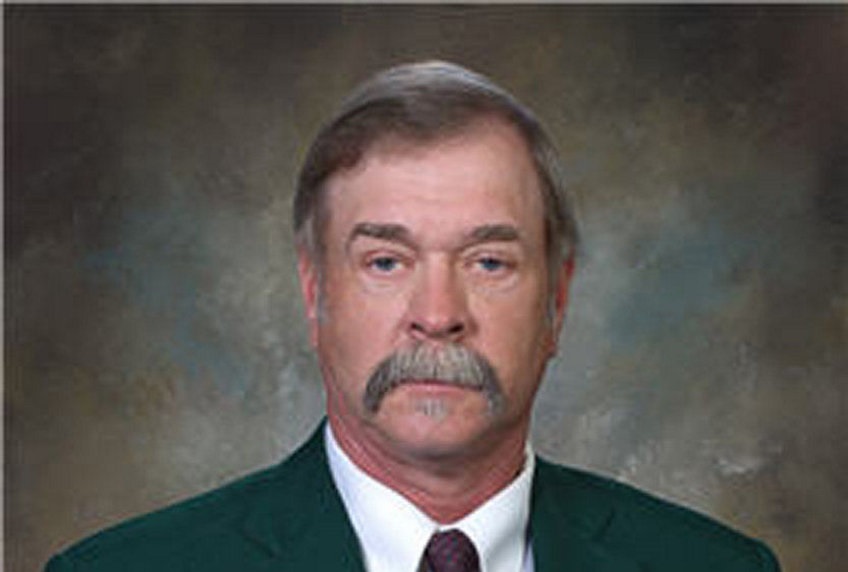 On Saturday, Knick became president of the board of the Pennsylvania Game Commission, where he has represented Northeast Pennsylvania the past four years.

Knick also is president of Dupont Borough Council, a post he has held 14 years.

Due to COVID-19, both borough council and the game commission switched to virtual meetings.

“It’s a little bit harder. I’d rather speak to people in person, give an answer right there instead of dealing over the phone or shipping a letter or (a) text back,” said Knick, who faces another pandemic.

Chronic wasting disease, or CWD, has spread across North America from Colorado in 1967 to Pennsylvania in 2012.

CWD has infected deer in much of southern and central Pennsylvania, and has the potential to strike the state’s elk.

“Right now, CWD is the biggest problem, one thing we want to get a handle on,” Knick said during a telephone interview.

There is no cure or treatment, but the game commission has taken several steps to slow CWD. There are bans on transporting deer parts, outreach to the state Department of Agriculture that oversees deer farms, and tests of deer killed by hunters and vehicles. Results help the commission decide where to expand containment zones, which have special rules for hunting and help attain a goal that Knick described:

“Contain it. Keep the prevalence to a certain amount. I wish it never gets into our elk herd,” he said.

On the game commission, Knick represents District 7 that takes in the counties of Luzerne, Lackawanna, Carbon, Monroe, Pike, Susquehanna, Wayne and Wyoming.

Knick and six other commissioners on the board manage all mammals and birds in Pennsylvania — not just game species for which they set hunting and trapping rules. They also are responsible for the upkeep of 1.5 million acres of game land, oversee 700 workers and direct a budget of $174 million.

In return, game commissioners receive no salary, just the chance to preserve Pennsylvania’s woods and wildlife for another generation.

At last count, 860,000 people a year buy licenses to hunt in Pennsylvania. For most of them, the main event is the rifle deer season that runs for two weeks after Thanksgiving.

The commission has added opportunities for deer hunters during Knick’s term on the board, which ends in July unless the governor reappoints him.

During the meeting at which he was named president, the board took another tentative step to widen opportunities. Members voted to allow hunters to take buck and doe each day of the season. The measure won’t take effect unless the board ratifies it in April, but hunters worried about thinning the herd already have reached out.

“I’ve heard a lot of bad feedback on that. Actually, it’s not what everybody thinks,” Knick said.

While hunters will have more days to hunt — and another measure tentatively approved would raise the number of deer tags that a hunter can possess at a time from three to four — the commission will sell fewer doe tags overall. The goal, Knick said, is to keep the harvest total the same, but give more chances to hunters who go back to work or college after the first week of the season.

During the pandemic, Knick said he has found more time to enjoy the outdoors.

“With everything closed down there’s not as much to do,” he said, but business for the commission and the borough cut into his leisure.

He spends a few hours most morning and afternoons in the borough office. As council president, he earns $150 a month. Dupont has a budget of $1.15 million.

Last month, construction began in the borough on 36 apartments for older residents at the former Ben Franklin School, a project that Knick backed since the borough purchased the school six years ago.

“There are a lot of elderly people in Dupont. They don’t want to leave, but it’s getting to be a burden to take care of their houses and their properties,” Knick said.

As a game commissioner, he he attends meetings and reaches out to the public.

“I’m on the phone talking to the executive director and out talking to people, going to sportsmen’s groups,” Knick said.

For examples, he attended a dinner and a youth field day at the North Mountain Branch of Quality Deer Management Association, which just merged with the National Deer Alliance.

“He’s very concerned about trying to do the right thing,” North Mountain Branch leader Chip Sorber said of Knick. Sorber also said before the pandemic he and Knick volunteered to help at the same youth fishing derby near Laceyville, Wyoming County.

“I was born and raised on a dairy farm. Back then, we didn’t have video games,” said Knick, 61. “Every free chance, I was out in the woods.