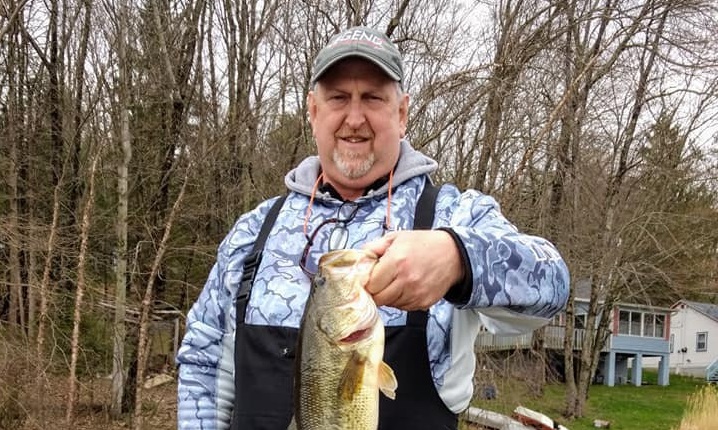 Even though the opening day of bass season is three weeks away, area anglers are eager for the start of summer tournaments on the Susquehanna River and local lakes.

The problem is, as some counties remain under red-phase restrictions because of the (COVID-19 crisis, it’s not clear when bass tournaments will be allowed.

Typically, tournament season kicks off after the bass opener, which is June 13. This year, however, tournament anglers might have to wait a bit longer to compete if their event is scheduled on a waterway in a “red” county.

According to Mike Parker, communications director for the Pennsylvania Fish and Boat Commission, if a county is still in the red phase on the day a tournament is scheduled, the event won’t be allowed, unless it’s held in a virtual format. That means registration is conducted digitally or by phone, and the traditional weigh-in table is replaced by a photo taken by each angler showing the weight of their fish displayed on a scale.

A county in the yellow phase will be open to bass tournaments as long as the event consists of no more than 25 anglers, Parker said.

He added that all special activities permits — which are required for bass tournaments — that were previously issued will be valid if the county changes from red to yellow and other provisions, such as number of participants, are fulfilled.

The news caused several area tournament directors to make some last minute changes to their schedules.

Joe Kosloski, president of PA Bass Casters, had an open tournament scheduled June 14 on Harveys Lake. Because Luzerne County remains in the red phase — though, Gov. Tom Wolf said it’s scheduled to move into the yellow phase Friday — Kosloski said he planned to apply for a permit to have a tournament on Lake Carey instead. Lake Carey is located in Wyoming County, which is in the yellow phase.

“It makes things difficult, but that’s all we can do,” Kosloski said. “Guys like to know about the tournaments in advance so they can practice on that particular lake, but we just have to wait and see.”

The Suskie Bassmasters hold weekly tournaments Wednesday nights from the public boat launch in Nesbitt Park. Frank Slymock said the group’s first tournament is scheduled for June 17, but if Luzerne County remains in the red they’ll have to postpone.

“We may have to shorten our season,” Slymock said. “If Luzerne County goes to yellow, we’ll be ready to move ahead. I know the anglers can’t wait to get out on the water.”

The Wayne County Bassmasters already canceled its first tournament, which was scheduled for the week of June 15 on Lake Wallenpaupack. Its permit was withdrawn by the PFBC, according to club president George Bowers.

The club holds 10 tournaments during the summer and fall, with stops in Wayne, Luzerne and Wyoming counties. Bowers said the events typically draw 10 to 15 boats, each with one to two anglers. He added that safety precautions will be implemented for each tournament.

“A bass tournament really doesn’t create a large congregation of people because you’re on the water most of the time. We feel we can do things safely to protect everyone and adhere to the guidelines,” Bowers said.

At Harveys Lake, Duke Dalley and his grandson, Tyler Gavlick, run a weekly Wednesday night bass tournament that was set to begin June 17, but he said it likely will have to wait. If Luzerne County does change from red to yellow, Dalley said he can limit the number of participants to no more than 25 and implement social distancing procedures for the registration and weigh-in.

Dalley said he believes anglers won’t mind following the protocols because they’re anxious to fish in the tournament.

“It’s become so popular that if you tell an angler to abide by the rules or you can’t fish, they’ll follow the rules,” he said. “There’s been a lot of interest in tournaments this year.”

And a lot of interest in fishing in general.

Cody Cutter, who operates guided fishing trips on the Susquehanna River, said his business has picked up significantly during the pandemic shutdown. People are eager to get out and fish, Cutter said, and the smallmouth bass fishing on the river has been good.

Parker said fishing guides are allowed to operate in red counties as long as they take no more than two people on the boat, or have a group that includes individuals from the same household. Social distancing guidelines must be followed as well.

Cutter said he wasn’t able to do guided walleye trips over the winter because of the COVID-19 shutdown, but he’s glad to have his business up and running for smallmouth bass.

“I lost quite a few trips in the winter and I was worried I would lose the smallmouth trips, too,” Cutter said. “But I’m ready for a busy season as people are anxious to get on the water.”

Kosloski said the increased popularity of fishing is evident everywhere, including Harveys Lake where it’s difficult to find a parking spot at the boat launch.

But the bass tournament season might be a different story.

“Fishing has gone ballistic the last few weeks because people aren’t working or they’re at home, so they just want to get out there,” Kosloski said. “But when it comes to tournament fishing, June is shaping up to a tough month due to the uncertainty.”