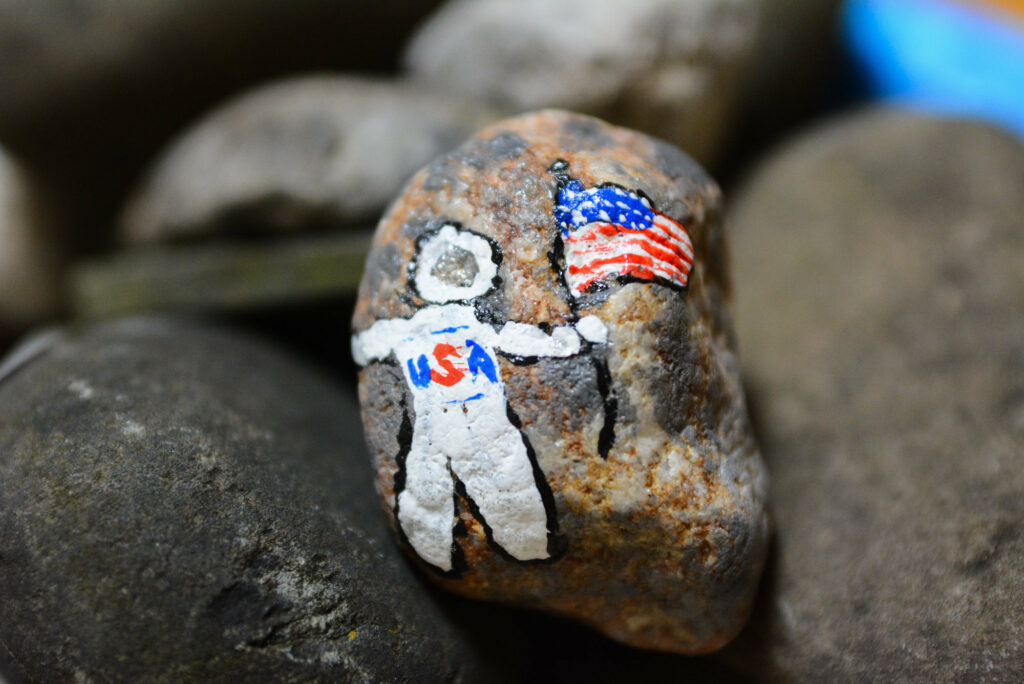 Moon rocks are showing up around Schuylkill County, and while they aren’t from the lunar surface, their appearance is related to the 1969 Apollo 11 landing on the earth’s closest neighbor.

Nancy L. Yob, Summit Station, is one of many local rock painters in the county — hobbyists who place their creations in inconspicuous spots in public spaces with the intent of them being found. To commemorate the historic mission, the 50th anniversary of which is Saturday, she painted 35 small stones, as well as some golf balls, with an astronaut holding the American flag.

“You can keep the rock. You can move it. You can do with it whatever you want,” Yob said Thursday.

As with all painted rocks, the only thing asked in return is written on the back of the stone, a request to photograph the rock and post the picture on the Schuylkill County Rocks Facebook page. Yob also places rocks for Berks County Rocks and Skooks Rocks.

Yob, who enjoyed painting by numbers as a child and was a member of the art club in Blue Mountain High School, derives satisfaction from the heartwarming effect of finding a bit of stone and paint in a clever design.

“They put a smile on people’s faces,” she said. “They brighten people’s days. I have had people tell me that. They were depressed or they were having a tough day and … it’s amazing what a little rock will do for people.” 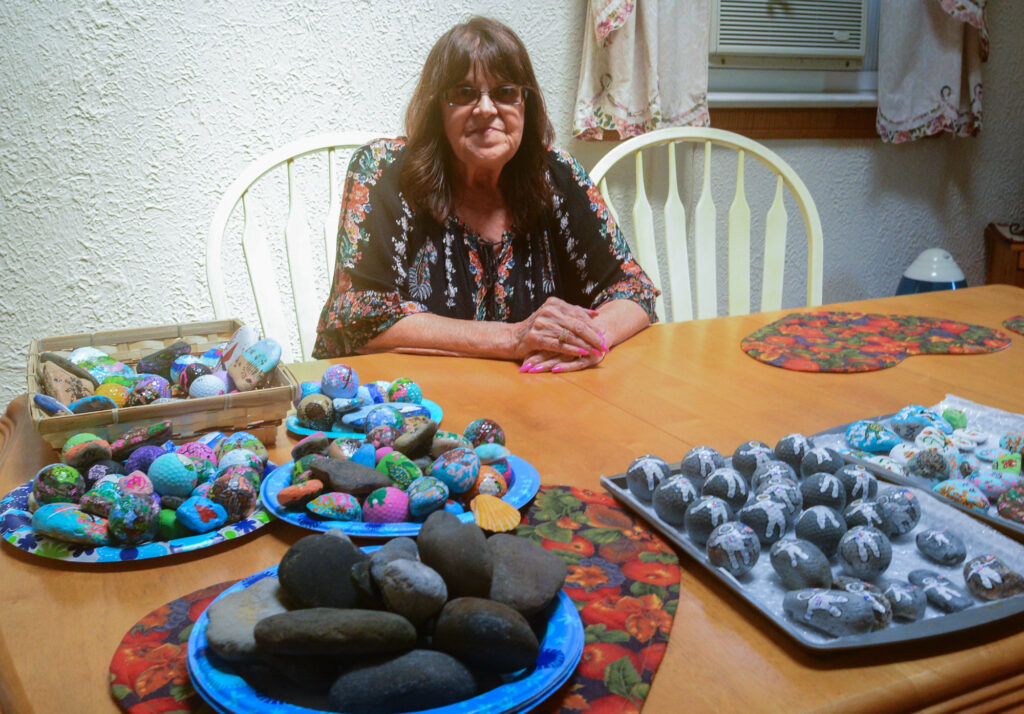 ANDY MATSKO / STAFF PHOTOGRAPHER
Nancy Yob of Summit Station poses with the rocks on she painted astronauts on commemorate the landing on the moon.

However, her latest batch will likely bring back memories for some and prompt thoughts in others.

Yob well remembers that summer night when 600 million earthlings were glued to the television as Neil Armstrong climbed down a ladder on a leg of the LEM and set foot on the dusty Sea of Tranquility. She was expecting her third child, Michael Jr., who was born Dec. 22, and would be the baby of the family following his sisters, Michele Yob and Donna, now Garland.

While science and medicine have advanced since that day and society has seen its ups and downs, all of which answered the question she asked Michael Jr., a recent event gives her a chance to put the question to a new generation.

On July 16, with the birth of Koen Krause, to her grandson, Nicholas, son of Donna Garland, Yob became a great-grandmother and, if she asks him what will life be like in 50 years, she will also be asking what will it be like 100 years after man first set foot on the moon.