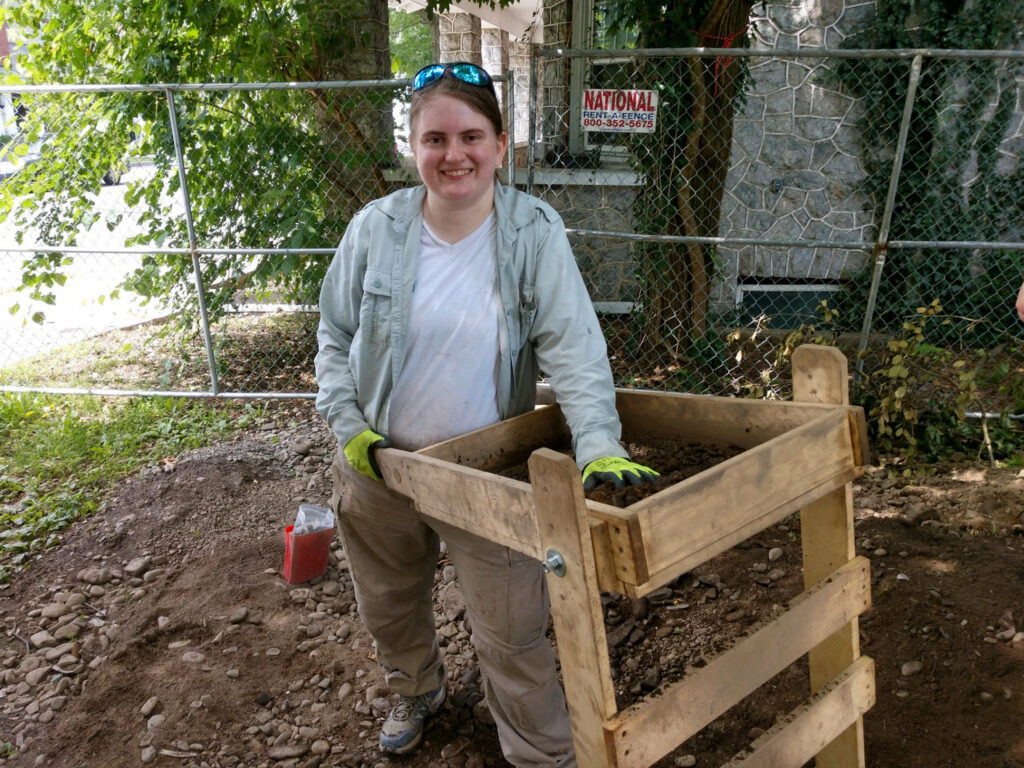 A local archaeologist hopes to unearth pieces of local history in Stroudsburg.

Mary Owen, who resides in Tunkhannock, studies archaeological sciences at Penn State University Park. The 23-year-old senior has been participating in field school at Stroud Mansion in conjunction with the Juniata College Archaeology Department and the Monroe County Historical Association. The dig takes place over 20 days from June 17 to July 7.

Jacob Stroud, the founder of Stroudsburg and a Revolutionary War colonel, built the mansion in 1795.

“There is a fort underneath that we’re trying to find, Fort Hamilton,” Owen explained. “Under that we’re hoping for maybe some prehistoric stuff.”

With field school, aspiring archaeologists go to sites and dig with their peers.

“It’s great getting to work with people,” she said. “You meet a lot of interesting characters when you work in places like this. All kinds of different people. Pretty much everyone is super excited.” 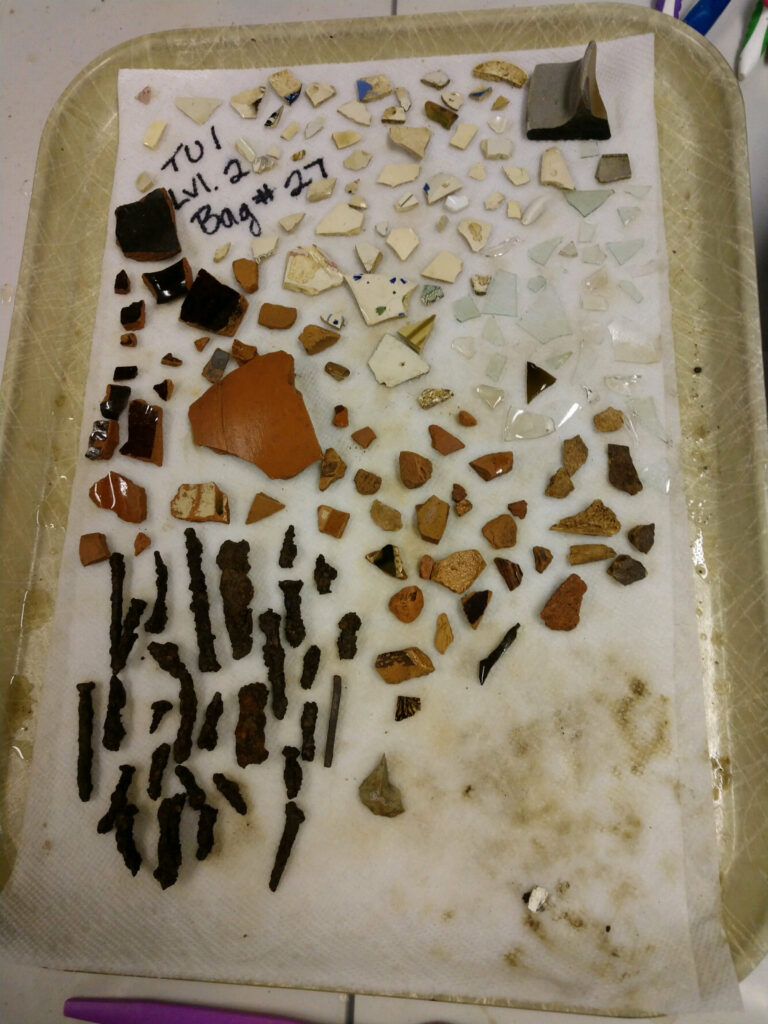 Findings of the field school team at the Stroud Mansion.

So far, Owen’s crew has mostly been finding ceramics and glass, as well as window glass.

“Sometimes we find bottles and stuff, and there’s animal bone. Hopefully we don’t find any human bones,” Owen joked. “We’ve been finding definitely a lot of animal bones, and we have found some lithics. Lots of nails and metals.”

While other students take on other roles like digging, Owen spends most of her time on the site screening artifacts, which she finds most enjoyable. This involves dumping buckets of dirt onto large wooden frames with screens and sifting out objects.

“That’s where everything kind of shows up,” she said noting that bigger items are usually found out on the dig. “I still find lots of stuff. That’s where you find all the prehistoric stuff because it’s all the small flakes we’re seeing.”

After everything is sorted, it gets washed and bagged.

Following the dig, artifacts found will head to Juniata College for processing with Dr. Jonathan Burns, who is leading the dig, Owen said. The historical association will likely decide what to do with the artifacts after, as it runs a museum out of the Stroud Mansion.

“It’s cool and fun,” she said. “It’s also exhausting. You’re sore at the end of the day because you’re on your feet carrying stuff around, but it’s part of the job.”

Owen originally had an interest in geoscience, but decided to switch gears into archaeology when she saw it fit her skills better.

“I’ve always just thought it was interesting,” she said. “I like finding stuff. It’s not something that complicated, I guess, my thoughts behind it. It’s always fun screening through stuff and you find something interesting.”

The Stroud Mansion dig is her second field school experience. Last summer, she traveled to Tel Akko, an archaeological site in Israel.

“It was very different because it was in the desert and we were looking at completely different stuff from all the way back to Persian-Roman era,” Owen said.

There, she also spent time working in an archaeological botany lab, as well as with a metallurgy professor.

“It was this big, man made hill basically,” Owen explained of Tel Akko. “It was completely full of pottery among other artifacts. Pottery is what it’s known for.”

While she’s unsure of where she wants to take her archaeological career after college, field school is a helpful means of finding that out, as it exposes her to different historical sites and eras, as well as introduces her to like-minded people.

“This is pretty much the best way to actually learn the methods. You can sit and talk about it all day, but if you don’t go out and do it, you won’t know how to do anything,” Owen said. “If you want to get a job in this field, you have to have the hands on experience. You can’t just sit in the classroom. You have to go to field school.”